Terror of the Media 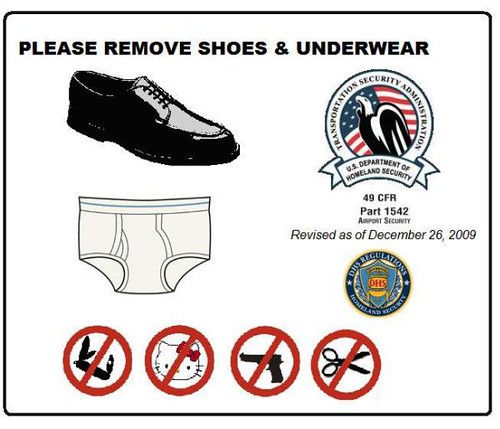 Concerning the fight against terrorism, here’s a bit of hypothetical food for thought: What would’ve happened if the media “adequately” covered the failed suicide attack in the skies over Detroit?

Perhaps a short paragraph or casual mention, avoiding hype and neglecting to stroke our fears of al-Qaida. In such a case, few politicians would use the body scanner issue as a means of heightening their own profiles. Even if successful suicide attacks generated little or no media attention, as so many other acts of violence and war across the globe manage to escape media attention each day, wouldn’t al-Qaida loose most of its power? And would the West still be able to continue its war in Afghanistan?

Of course this an experiment of speculation, yet it illustrates how members of the media, whether they like it or not, have become accomplices to the terror network. It’s time to analyze this relationship more closely if we hope to ensure the balance between the values of freedom and security are kept intact.

This is certainly not a plea for gag orders or censorship. On the contrary, it’s a call for the dissolution of an existing gag order affecting news reportage, for rarely is the media the subject of its own coverage.

Given sufficient financial support, media research could provide timely media resonance analyses to show that a large component of terror cannot be traced back to al-Qaida, but rather to willful and impetuous accomplices who reliably shower undeserved media attention on terror networks.

Six years ago, Swiss economist Bruno Frey noted that terrorists and journalists share a common “rational interest in spectacular terrorist attacks.” Both terrorists and journalists “want to make news, and both want to keep the incident in the headlines for as long as possible.” Therefore, terrorists engage with media in a win/win relationship. To make this visible – and to responsibly inform the public of the realistic, minimal risks accompanying air travel – is strategy a far more effective in the fight against terrorism than any number of body scanners or measures of airport control.

European Journalism Observatory co-founder and until 2018 Professor of Journalism and Media Management at the Università della Svizzera Italiana in Lugano. Frequent contributor to Neue Zürcher Zeitung (NZZ) and Der Tagesspiegel (Berlin), as well as to the specialist publications Schweizer Journalist and Der österreichische Journalist.
» Specialist Journalism » Terror of the Media