Covering 9/11: 20 years on I can still vividly recall those scenes 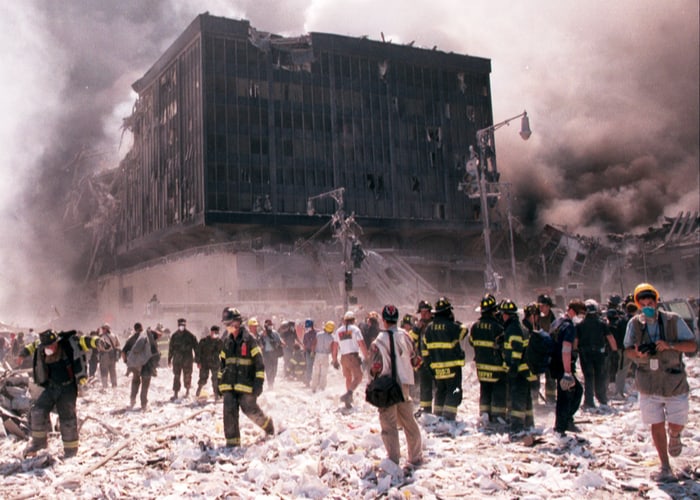 New York City firefighters and journalists stand near the area known as Ground Zero after the collapse of the Twin Towers September 11, 2001.

It was a sunny Tuesday morning. I was getting ready to go to work at the Washington Post, and my mother had arrived at my apartment in DC for a holiday. We were watching ‘Maury’- a Jeremy Kyle-style show, when the networks switched to live coverage, and we saw the second plane crashing into the Twin Towers.

Shouting to my mother not to leave the apartment, I grabbed a cab to the Post and arrived as a woman ran down the office, screaming that something had crashed into the Pentagon. It’s strange to recall this now, but for the next three hours we had no idea how many planes were still in the sky unaccounted for, whether this was the outbreak of a world war – or even where the US President was.

The day after the attack

By dawn on 12 September, I was in an eerily silent New York, with only taxis and police cars on the streets. I spent the best part of a month there, living out of a hotel room with only one change of clothing, writing news stories and features about those searching for the missing, Muslim families afraid to leave their homes and the British victims of the attacks.

Twenty years on, I can close my eyes and still vividly recall those scenes.

Curiously, the sights that affected me most was not Ground Zero, but the fluttering ‘Have You Seen…?’ posters on every mailbox; the Manhattan General post office, where piles of love-letters, cheques, bills and invitations were crammed from floor to ceiling – before being stamped ‘Return to Sender; Unclaimed’; and the burns unit of the New York Presbyterian Hospital where Parssar Nandan told me he was one of the lucky ones even as his body shook uncontrollably and his red-rimmed eyes stared out from a scarred face. He was one of the forgotten victims of 9/11 – who neither died nor walked away unscathed.

Like emergency services, journalists are often one of the first people at the scene of a disaster and are exposed to sights and sounds that most people won’t be. Traditionally, there’s been a view in journalism that you put up with this part of the job – no wonder war correspondents’ alcohol consumption is higher than the norm. But in recent years the culture has started to change and there has been more interest in the effect covering trauma has on journalists.

What happened to journalists after 9/11 isn’t clear. A study on frontline journalists, including those who covered the terrorists’ attacks, found that PTSD symptoms were mild, although this varied from group to group. But other researchers found that journalists covering traumatic events do suffer higher levels of PTSD. Many have also questioned whether journalists, particularly in the past, have been reluctant to admit any effects. Psychologists who talked to different groups after 9/11 found journalists were the least willing to discuss their feelings and that the stigma and shame around acknowledging emotional stress was greater in reporters than emergency responders such as police or firefighters.

As a British journalist reporting for an American newspaper, I certainly felt conflicted about the stress of covering 9/11. I hadn’t been hurt in the attacks. Unlike my Post colleagues, New York and Washington were not the cities I’d grown up in nor the communities that I was part of.  What did I have to complain about?

My other feeling was how lucky I had been to be chosen to be part of the Post’s team covering the biggest story of a generation.  It was a privilege. For while journalists may not save lives like emergency responders,  they absorb the stresses because they feel their work has intrinsic social value by bearing witness, telling the truth and giving a sense of history. 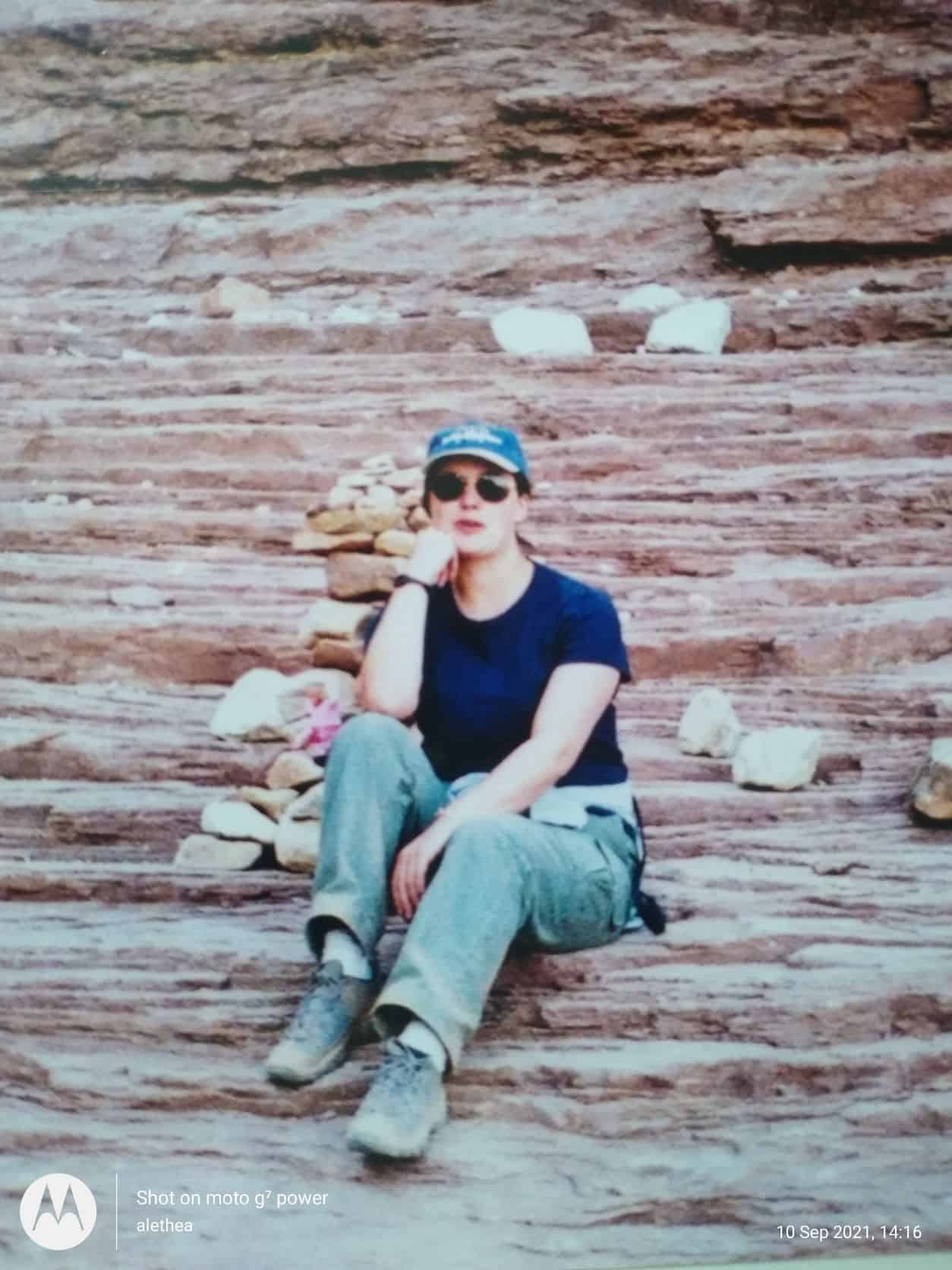 Yet journalists should admit that covering stories can take a toll. My mother was left in Washington by herself for two weeks – an irony not lost on me as I wrote about separated families in New York. My partner, an aid worker, had returned to Britain on 7 September after a summer in Afghanistan. It took months before he and I could even begin to discuss 9/11. He felt intensely protective about the ordinary people with whom he had lived all summer; I felt passionately in defence of the Americans I was working with.

Over the twenty years since I and so many other journalists were caught up in 9/11, approaches have changed. Anthony Feinstein, professor of psychology was inspired to look at the mental health of war reporters after he searched medical and psychological literature and failed to find a single article devoted to the subject. Now, however, this is a widely covered subject, and there are excellent organisations such as the DART Center for Journalism and Trauma – which aims to raise awareness of the impact that covering traumatic events can have on journalists; the new Headlines Network – which plans to run workshops for journalists; and the Society of Professional Journalists Journalist’s Toolbox.

News organisations have started to take seriously not only those on the ground in flak jackets but also those who may be exposed to vicarious trauma via the mass of unfiltered user-generated content that flows into newsrooms showing violence, death, assault – what one of my interviewees for my PhD called the ‘Starbucks and Syria shift’.

And me? Two decades on, I still think I was fortunate to bear witness to the 9/11 story. I didn’t suffer PTSD as a result. But it certainly changed my career – I later moved into academia to research how journalists cover disasters – even if I didn’t consciously make the connection that it was my experience during 9/11 that inspired this until later. I make sure to tell my student journalists about safeguarding their mental health.  And I haven’t watched any 9/11 anniversary documentaries. Those images are already in my mind.

Dr Glenda Cooper is a senior lecturer at City, University of London, who began her academic career specialising in coverage of humanitarian crises and the use of user-generated content. This resulted in her monograph 'Reporting Humanitarian Crises in a Social Media Age' (Routledge, 2018), the edited collection 'Humanitarianism, Communication and Change' (Peter Lang, 2015) with Prof Simon Cottle as well as a project into UK media coverage of refugees post the 2015 crisis with her colleagues Dr Lindsey Blumell and Dr Mel Bunce. She is currently working on a book with Prof Suzanne Franks about turning points in humanitarian coverage, due out 2021. Dr Cooper is also currently co-investigator on the DMINR project funded by the Google Digital News Initiative and which is a collaboration between the journalism department and Human-Computer Interaction Design (HCID) department.
» Newsroom Management, Recent, Specialist Journalism » Covering 9/11: 20 years on I...