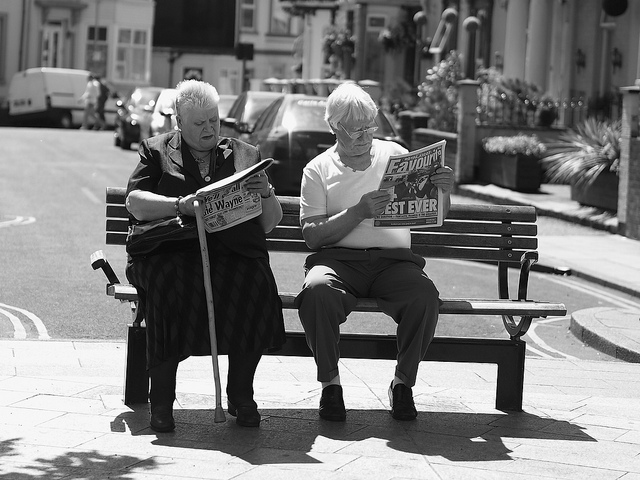 The outcome of the U.S. presidential election dictated the mood at last month’s EU Colloquium on Fundamental Rights on Media Pluralism and Democracy in Brussels, and one may wonder what it might have been like under other circumstances. In the same way as the “Arab Spring” events were met with enthusiastic reactions about the “power of social media” to turn the world into a democratic wonderland, political events of 2016 have led to the widespread consensus that “the Internet did not generate the community of informed people we expected but fragmentation of opinions in isolated bubbles”.

But were readers of Il Manifesto ever consuming the same news as readers of Il Giornale in Italy? And would you ever see them reading side by side on the same park bench engaged in civil conversation? Carrying “your” newspaper under your arm was a clear signal of a political and social mindset, just like “following” and “liking” specific web communities. Incorrect information – and the inability to spot it – were abundant also in the era of prime time public service TV news, and still too often simple binaries are used in telling stories.

The fascination for the power of algorithms to “shape our realities” casts a shadow on the fact that there was never a “golden age” when politics and media were dominated just by “truth” and “facts”. As explained by Computer Science Professor Suresh Venkat: We’re trying to design algorithms that mimic what humans can do. In the process, we’re designing algorithms that have the same blind spots, unique experiences, and inscrutable behaviors that we do. We can’t just “look at the code” any more than we can unravel our own “code”.

In her keynote speech at the panel “Fostering democracy: media literacy, media ethics and an informed, multi-dimensional debate” Emily O’Reilly, a former journalist and European Ombudswoman,  highlighted what she called “a failure of imagination and a failure of empathy on behalf of media – across the political spectrum – when covering the U.S. presidential campaign”.

Media failed to see to what extent racism, xenophobia and misogyny continued to exist, and that abstract human rights ideas were not going to stop the normalization of those views. Trump’s election was not a reporting failure or the result of social media bubbles. Citizens interpret the world by getting up in the morning and living their real lives. We are not living in a post-fact society, but in a society with the inability to see facts fully.

As ever, it’s the economy and not just media failings and algorithms that underpinned the Trump victory. Inequality makes people susceptible to the sirens of populism, and the sirens of populist politicians allow misogyny and racism to flourish. In this scenario it is mandatory to look at similar convulsions in history and learn from them, examine the forces within the EU and rebuild public trust. Media needs to hold institutions to account – and institutions need to be led by people whose sole interest is that of the public they serve, O’Reilly told the audience.

If hate and discrimination are primarily the result of ignorance, failed intercultural integration and economic policies, perhaps the focus needs to shift to the critical information literacy skills needed to identify propaganda regardless of platforms. Other priorities should be to safeguard news as a “public good” and to uphold a pluralist media environment including also an independent, recognized third media sector.

The Colloquium produced a number of recommendations in this regard, highlighting the need to:

The safety of journalists and new media actors in the EU was also an important focus of the Colloquium. A EU funded monitoring tool has shown that threats of physical violence or hate speech directed against journalists are on the rise, targeting especially women and minorities. As confirmed by first-hand testimonies during the Colloquium, these attacks often go unpunished. Journalists are also subject to pressure and limitations by the abusive use of defamation laws or by state measures driven by security concerns.

Participants called for ways to empower journalists and protect them, as well as their sources, so that they can do their job safely and securely. “We are all in the end beneficiaries of well-researched, thoughtfully presented and trustworthy information and facts. It is part of the bedrock of our democracies. It is our duty not only to respect journalists but also to protect them and empower them”.

Several voices called for more political will to implement the laws we already have against impunity and incitement to hatred – rather than to regulate for more censorship. Efforts by IT companies to better apply the code of conduct to combat illegal online hate speech must continue, as well as EU support to projects actively countering discrimination and hate.

However, much more is needed to reconcile dialogue, on – or offline. As one participant exhorted “Don’t just blame the algorithm – but target the issues at the heart of economic and cultural disintegration, unleashing hate in Europe and elsewhere”.