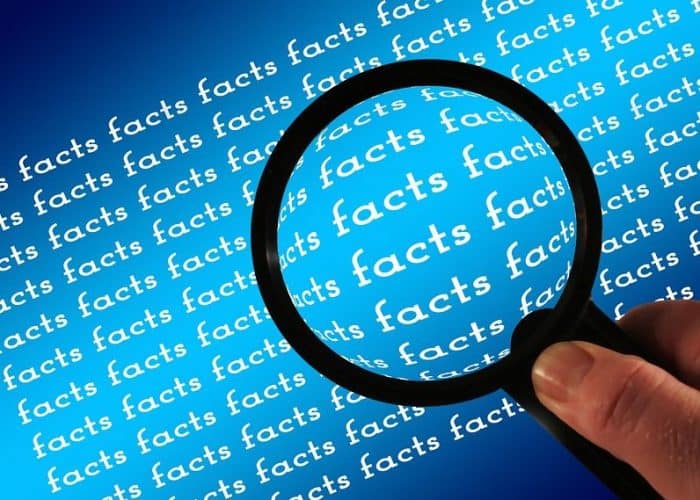 Fact-checking has long been part of a certain journalism tradition (the fact-checking department of The New Yorker has been famous for decades) but it expanded dramatically after the election of Donald Trump and the vote for Brexit in 2016.

At a time when we desperately needed to tackle the problem of online mis/disinformation, fact-checking seemed to be a way of reaffirming the importance of verifiable evidence as well as upholding the values of journalism. The International Fact-Checking Network adopted a Code of Principles, dozens of groups from around the world signed on and donors and Facebook contributed funding.

Whether fact-checking would work was not clear but, two years after the expansion of global fact checking, we’re starting to get more information and to hear directly from the fact-checkers as to what they’d like government and the platforms to do to make fact-checking more effective.

In late July, UK fact-checking organization Full Fact released a report about their experiences with Facebook’s third-party fact-checking programme. Clearly written and brimming with sensible recommendations, the report called for the programme to be expanded to Instagram and scaled up more generally.

It also said that Facebook needs to be far more transparent about what it does with the information provided by fact-checkers as well as its plans to further develop AI to screen false information. It called on the government to expand the accurate information it provides on sensitive subjects such as health, where misinformation abounds.

This move towards being more proactive can be seen too in a joint statement released in June by the UK’s Full Fact, Argentine fact checking group Chequeado and Africa Check on the need for fact-checkers not just to debunk but to actively tackle the supply side of misinformation, for example by letting public officials know that their claims are mistaken.

Former Africa Check director Peter Cunliffe-Jones says that staffers contact officials to tell them if they are repeating untruths, and seek corrections. In 2018, the South African police service (SAPS) publicly revised a whole set of annual crime statistics after Africa Check reached out to them and pointed out errors that had the effect of reducing the rate by which some categories of crime had increased, and increasing falls in other rates.

In Nigeria, Africa Check is working with health ministry officials, representatives of the medical profession and others to identify health misinformation, establish how it harms public health, and spread awareness. It’s all part of what they are calling “second-generation” fact-checking, which means action rather than just education.

As the joint statement put it:

“There is an old slogan among activists: educate, agitate, organise. Fact checkers have concentrated on education for a long time. In the future it will be our job to agitate our engaged regular readers and to organise to challenge those powerful people and organisations that provide and promote misinformation without accountability.”

In Brazil, Claire Wardle, Angela Pimenta, and others have completed an evaluation of Comprova, the Brazilian fact-checking alliance that came together in the run-up to the 2018 presidential elections. Journalists from different media outlets solicited tips from the public and then coordinated efforts to verify online content and circulate their debunkings.

Funded by Facebook and the Google News Initiative, the group has relaunched as Comprova 2.0 and is planning to continue its work for the rest of the year and beyond if it can find funding.

Meanwhile, consensus is forming that the platforms need to provide more information about what they are doing with the information they get and how efforts can be scaled. For a more detailed account of whether fact-checking is working, see my recent article for Media Power Monitor.

If you liked this story, you may also be interested in Can fact-checking be automated? and The rise of Europe’s fact-checking sites.

Anya Schiffrin is a senior lecturer at Columbia University’s School of International and Public Affairs and director of the Technology, Media and Communications Specialization.
» Ethics and Quality, Recent, Specialist Journalism » The fact-checking movement grows teeth