Journalists and Schools Work Together to Teach Media Literacy 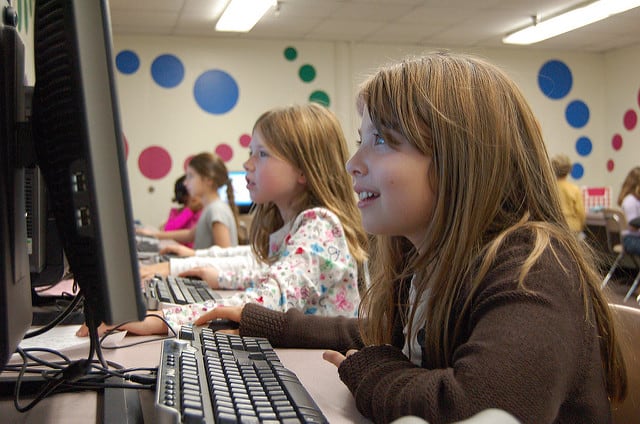 Czech journalists believe media education is increasingly important in an era of fake news. In a recent survey of eleven journalists, representing ten newsrooms, all agreed that news organisations should be involved in educating audiences in, for example, how to ensure news sources are reliable.

Media education is already part of the country’s school curriculum and many journalists work with schools to develop students’ understanding of the news process: including demonstrating how content is created and how it can be vulnerable to manipulation.

“We have been handling projects that focus on identifying fake news,” Martin Jašminský, the general editor of print daily Hospodářské noviny said.  “We also organise expert conferences and public debates. We provide guided tours to our newsroom for schools and the general public, to create deeper understanding of the journalistic profession.”

Other journalists reported their involvement in media education through discussions and lectures in schools, student visits to newsrooms, or with projects set up by non-governmental organisations (NGOs).

Journalists mentioned a number of reasons for being involved in media education:

In the Czech Republic, media education is part of the curriculum in primary and secondary schools. While Czech media aren’t obliged to support efforts to improve media literacy, a number of news organisations are actively involved. The monthly cultural newspaper Literární noviny offers a special course for teachers titled “Média a my” (“Media and us”). The two-day course has been accredited by Ministry of Education, Youth and Sports and provides a basic overview about the media. The national news agency ČTK also offers a news academy (“Akademie ČTK”) that is open to the public. The search engine provider Seznam.cz focuses on online safety as part of its project “Seznamsebezpecne.cz” by producing educational videos and engaging in discussions with students.

Unlike print and online media, TV and radio broadcasters are legally mandated to annually tell the national regulator (Council of Radio and Television Broadcasting) how they support media education. According to the most recent report, only a minority of broadcasters specified that media literacy is part of their programmes. Nevertheless, the public service broadcaster, Czech television, recently produced three edutainment TV shows for children and young people. “Supporting media literacy is an important priority for Czech television,” said Alžběta Plívová from Czech TV.

The public broadcaster also organises courses for teachers, regular workshops for school TV teams, and trainings for NGO workers with a focus on media and media communication. While Czech radio, the second public service broadcaster, also covers media issues in various ways, there is currently no specialised programme focusing on the media. “Czech radio should have a regular programme about the media and their functioning,” said Martin Groman, the general editor of Czech radio 2. “It should be a long-term project. Unfortunately, it is not on the agenda at present.”

For the purpose of the survey, media education is understood as a way to acquire a basic level of media literacy. It is a set of knowledge and skills.

Knowledge: includes the history of media, its current function, its role in society, the principles of media production etc.

Skills: involve an understanding of how content is created, to better understand its limitations and its possibilities, as well as how it can be vulnerable to manipulation.

The journalists who participated in this survey demonstrated that they understood media literacy as the skill of critical thinking, analysis and the ability to discriminate between reliable and untrustworthy sources.

You may also be interested in: Fighting Fake News, Disinformation and Hate in the Czech Republic

Lucie Šťastná is a PhD candidate at the Institute of Communication Studies and Journalism at Charles University in Prague. Her main focus is family media education and media education. In 2015-2016, she co-led a national research study mapping media literacy among the Czech population and she was a national expert on European Audiovisual Observatory's Mapping of Media Literacy project. Since 2017, she has been a collaborator of Czech School Inspectorate in the research examining conditions, process, and results of media education at primary and secondary schools in the Czech Republic.
» Ethics and Quality, Recent, Research » Journalists and Schools Work Together to...