The decline and fall of Hungary’s leading news brand

In June 2020, the staff of Index set its “editorial independence barometer” to danger.

Index.hu has been a commanding presence among Hungarian online media outlets for more than two decades. Its predecessor was launched in 1995 under the name „Internetto” and the news website acquired its current name in 1999. The first news portals in Hungary were created as independent ventures rather than being the online versions of already existing news brands, and by the early 2000s sites such as Index.hu and Origo.hu had become serious competitors to the daily press. After 2010, when Viktor Orbán’s Fidesz party came to power, the printed press became even more irrelevant – largely as a result of the government’s media policy – and news portals, alongside television news, became the main sources of information.

Index’s success was due not only to its reputation as a trustworthy and independent news source but also to its varied content. Users of the site could be sure of finding not only timely and comprehensive coverage of current events, but also a colourful combination of different topics and approaches, from tabloid topics to fact-finding reports, from gastroblogs to financial analysis, from video content to infographics. The wide range of content made Index attractive to users from many different backgrounds and meant it was able to carry news aimed at readers of different political persuasions.

According to the 2020 Digital News Report published by the Reuters Institute, Index.hu was then the most popular news brand in Hungary: a survey carried out early in the year found that 24% of news consumers accessed the site at least three days a week and 44% at least once a week. A survey conducted by the Mérték Media Analysis Workshop in 2018 found that news consumers considered Index to be the most credible news website in the country.

Paradoxically – in view of Index’s reputation as an independent source of news – for much of its history, the portal has been owned by business people with links to Fidesz. CEMP-X, the media company that had exclusive rights to sell advertising space on Index – the outlet’s main source of income – was also controlled by Fidesz-friendly figures. Despite this, the editorial team somehow managed to resist external pressures and to ensure that Index continued to be one of the main sources of quality news in Hungary.

The arrival of the coronavirus and its impact on commerce exacerbated what was already a dire economic situation for Index and other independent media outlets.

However, several changes of ownership over the last few years meant that the noose around Index’s neck was inexorably tightening. During this time, the financial pressures also steadily became more acute. As a result of the distorted nature of the Hungarian media market – in which most of the sizeable state advertising budget goes to government-friendly media outlets rather than to those with the biggest audiences – from 2014 to 2020 Index lost half of its revenue. The arrival of the coronavirus and its impact on commerce exacerbated what was already a dire economic situation for Index and other independent media outlets in Hungary.

Beginning of the end

Against this background, the arrival on the scene of Miklós Vaszily, a key figure in pro-government media circles, spelled the beginning of the end for Index’s editorial independence. Ironically, Vaszily had served as the CEO of Index during the first decade of the century, but stepped down in 2009 after the then owner, Zoltán Spéder, began to take a closer interest in the running of the site. After his departure from Index, Vaszily took an active part in building up a Fidesz-friendly media empire. He oversaw the change of direction at Origo (which in 2015 switched from being an independent news portal to being firmly pro-government), and was successively the head of Hungarian state media, CEO of the Fidesz-aligned commercial broadcaster TV2 and of the far-right channel Echo TV. In March 2020 Vaszily acquired a 50% stake in Indamedia, the successor company to CEMP-X, and thus gained significant control over the funding of Index.

Indamedia then commissioned some consultants to produce a set of proposals for putting Index on a more stable footing financially. In June, the consultants unveiled their plan, which consisted of making Index.hu into a simple collection page and outsourcing the creation of content for the various sections to external contractors. Index’s editorial board responded to these proposal by declaring that the website’s independence was in danger. This led to a conflict between the editor-in-chief, Szabolcs Dull, and László Bodolai, the head of Index’s operating company, the Foundation for Hungarian Development. Bodolai removed Dull from the management team and on 22 July fired him from his post as editor-in-chief. Two days later, 70 members of the editorial staff resigned. By the end of July, almost all the website’s journalists and other employees had left.

Of course, it is impossible to know from the outside exactly what went on during the final weeks and days of Index. Bodolai, who had been Index’s lawyer before he became head of the Foundation for Hungarian Development, had for some years successfully resisted political pressure and had managed to sustain the conditions necessary for editorial independence. He may have believed that his cordial relations with Vaszily would help to him to fend off the threat of political interference, and it is possible that he was taken aback by the editorial team’s fierce resistance to the restructuring plan.

Though it is not yet entirely clear which direction the website will take in future, the names of some of the new recruits to senior positions provide some clues.

It would no doubt have served Fidesz’s plans better if an obvious takeover of Index could have been avoided, and if instead a more gradual transformation could have taken place – one in which certain topics and players fade out over time. However, the website’s journalists refused to be complicit in this scenario. They could in theory have continued to work at Index for as long as no obvious political pressure was brought to bear on them, but the arrival of Vaszily, the plan for restructuring Index and the dismissal of Dull left them in no doubt as to what lay ahead, and they quit because they knew all too well that it would become increasingly difficult for them to resist external pressure.

Szabolcs Dull was fired the day after the European Union adopted its budget for the next seven years, leading some commentators to suspect that the Hungarian government had taken advantage of the vague wording of the European Council statement tying distribution of EU resources to compliance with the rule of law, and had lost no time in further undermining the rule of law.

A new editorial team is now being assembled at Index. Though it is not yet entirely clear which direction the website will take in future, the names of some of the new recruits to senior positions provide some clues. Ákos Gergely Balogh, who has been appointed deputy editor-in-chief, was previously the editor of Viktor Orbán’s personal website and of several media outlets close to Fidesz. The new editor-in-chief is Pál Szombathy, who as a member of the Index board would have been involved in the plan to dismantle the site. 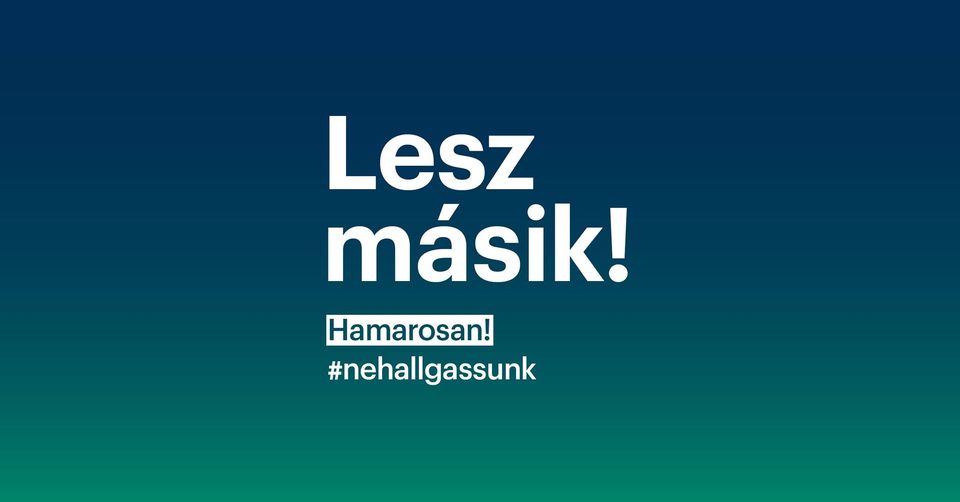 Index’s departing staff have declared on their Facebook page that they won’t be silenced.

There has so far been no public announcement about the departing journalists’ plans for the future. A Facebook page set up by them gives the impression that they are planning a reincarnation of the Index they used to work for. Whether this will be a standalone news website or a section of an existing news portal remains to be seen. What is certain, however, is that maintaining an editorial team of this size is a costly business, and such an operation could not rely entirely on donations. It would also be unrealistic to expect either the distorted Hungarian advertising market or a wealthy investor to come to the rescue.

Meanwhile, Fidesz-friendly media outlets have taken to attacking the few remaining independent news websites in Hungary. Pro-government media have for months been seeking to discredit Zoltán Varga, the owner of 24.hu, which has now taken the place of Index as the most read news website. In recent weeks, the owner of another major news portal, hvg.hu, has also been attacked by Fidesz-friendly media, which are clearly now turning up the heat on any media players that might aspire to fill the gap left by the takeover of Index.

The name Index.hu may still exist, but what it used to stand for has now gone. There can be no doubt that this has created a serious vacuum in the independent media sphere in Hungary, with profound repercussions both for the journalists involved and for the Hungarian public’s access to reliable information about what is happening in their country.

UPDATE: On 4 September, the journalists who resigned from Index in response to the sacking of Szabolcs Dull announced on their now rebranded Facebook page the imminent launch of a new news website, Telex. A crowdfunding page set up to raise money for the new venture declares that Telex will be “truly independent, multifaceted, interesting, entertaining and impartial”.

Translated from the Hungarian by Paula Kennedy

If you liked this story, you may also be interested in “Hungary: Threats to Liberty, Autonomy and Diversity in Education and Media“

Gábor Polyák is Project Director of EJO Hungary and an Associate Professor at the Department of Communication and Media Studies, University of Pécs, where his specialist field is media law, IT law and media policy. He is also head of research at Mérték Media Monitor, a Hungarian NGO dealing with media policy issues.
» Media and Politics, Press Freedom, Recent » The decline and fall of Hungary’s...