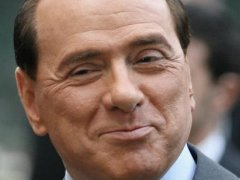 Silvio Berlusconi’s hybris was our topic here four weeks ago – and it was also mentioned that the Conservatives and the Catholic Church in Italy would have many reasons to distance themselves from the Italian prime minister.

Much has come to pass since then.  Most notably, journalist Dino Boffo, editor in chief of the Catholic daily Avvennire, took a risk – one which should be quintessential to journalism – and publicly denounced Berlusconi’s permissive lifestyle. His courage, however, was not rewarded.

Within a few days, Boffo became the victim of a malevolent media campaign staged by Il Giornale – one of Italy’s largest national newspapers. The paper, owned by the prime minister’s brother Paolo Berlusconi, reported on Boffo’s homosexual background, unearthing details from a lawsuit dating five years back. Boffo resigned to protect himself and his family from further attacks, though he refutes the claims made by Il Giornale. The relationship between Berlusconi and church dignitaries is increasingly icy.

Behind the sleazy attack lies an equally sleazy strategy of intimidation. Newsrooms critical of Berlusconi – among them La Repubblica, Le Nouvel Observateur, El Pais and years ago, the Economist – are threatened with lawsuits. In his own country, where the Cavaliere controls most important media, it seems effective to intimidate non-compliant journalists, even if tactics fall below the belt.

It should be noted that Berlusconi distanced himself from Il Giornale – but this seems part of the orchestration. According to Il Giornale editor in chief Vittorio Feltri, such distance is indicative of the newspaper’s “independence” from Berlusconi. This would be laughable, were not precious public safeguards like press freedom and the protection of privacy seriously endangered.

European Journalism Observatory co-founder and until 2018 Professor of Journalism and Media Management at the Università della Svizzera Italiana in Lugano. Frequent contributor to Neue Zürcher Zeitung (NZZ) and Der Tagesspiegel (Berlin), as well as to the specialist publications Schweizer Journalist and Der österreichische Journalist.
» Media and Politics » Italy: Intimidation