Do Journalists in Poland, Russia, and Sweden Have Anything in Common? 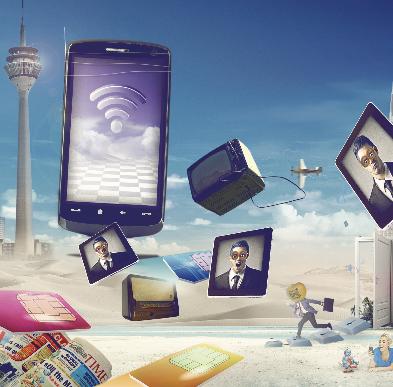 The aim of the research is to describe and understand the evolution of journalism by looking at recent variations and changes within the contemporary media scene. The researchers assume that despite the convergence of journalistic standards and practices in Europe and around the world, significant differences among particular countries remain.

The analysis examines journalism on three different levels, cognitive (the ways in which journalists see their surrounding reality and their profession), journalistic ideals and professional ethics (value systems connected to the journalisticpractice, relations between journalists and their economic and political environment, as well as their audience) and the journalistic practice (everyday newsroom practice, working arrangements, and decision making processes within the newsroom). Additionally, a fourth level was considered which examined the position of journalists within society and the social prestige of the journalistic profession.

The project, which began in 2011 and will conclude in 2014, has shown that while each country included in the study differs in terms of history, political background, and journalistic tradition, the changes help to increase the value of the study.  According to project members, diversity within the three countries helps increase understanding of how changes in the journalistic environment have affected the profession across various social, cultural, economic, and political conditions.

The research methods will include surveys from journalists (the sample will consist of approximately 500 participants from each country), in-depth interviews, and an investigation of journalistic engagement with new communication platforms (especially the Internet).

The first result from the “Journalism in Change” research study is a recently released preliminary report which describes the project’s objectives and introduces findings from all three countries. Apart from reviewing previous journalism studies from Poland, Russia and Sweden, the researchers will also synthesize the findings, thus providing a first step towards future comparative studies.

The report can be found here

Michal Kuś is the project director and editor of the EJO Polish website. He is also an assistant professor in the Department of Communication and Journalism (Institute of Political Science, University of Wrocław). His research focuses on media systems, with a special emphasis on media control, ownership and deregulation, the relationship between media and politics, and political communication.
» Media and Politics » Do Journalists in Poland, Russia, and...