The Crisis In Native Digital News 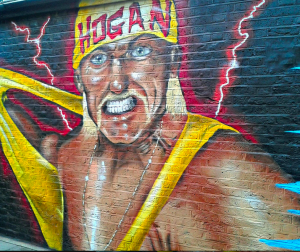 With job cuts at Vice News, lay-offs at Mashable and a succession of legal actions threatening the very existence of Gawker Media, it has been a tough few weeks for native digital news companies. After a long period of growth, in which they exuded a swagger that suggested they felt they held the keys to the future, these online news outlets suddenly appear gripped by collective self-doubt.

No sooner had they expanded into the sphere of serious journalism, from roots in trend spotting, listicles, cat videos and snarky gossip, than they seem to be backing away from it. These are worrying times not only for those who work in these digital-only newsrooms but those who aspire to do so. Just where is the money going to be found to pay for future journalism?

These problems at digitally-native sites coincide with news this week that the New York Times is cutting up to 70 jobs in Paris as part of a reappraisal of its international production operation, despite its recent claims of increased global ambition.

In the UK, there have been major setbacks at the country’s three biggest commercially-run online newspaper publishers, where a strategy of offering free content has delivered remarkable reach but not the income to match. A stream of 100 journalists are heading out the door at The Guardian, just as senior posts are being slashed at the Daily Telegraph.

Even the Daily Mail & General Trust, owners of the largest English-language newspaper site, Mail Online, issued a warning to investors. Improved digital revenues were not enough to prevent a 29 per cent fall in overall profits as print advertising plummeted.

“The 150-year-old advertiser-funded journalism model has gone, and I can’t see that returning,” says the blogger Peter Jukes, founder of the crowd-funded journalism site Byline. According to Jukes, the recent difficulties at online-only news sites are profound. “It’s not just a recalibration, it’s a huge structural problem.”

Vice News was thought to epitomise what the Millennial generation wanted in current affairs. Media giants 21st Century Fox and A+E Networks are among Vice’s many investors. Its co-founder Shane Smith once said it could be “the next CNN”. More recently he predicted an oncoming “bloodbath” in the media industry and, last week, Vice News let go 15 editorial staff in America and five from London, including foreign correspondents Harriet Salem and John Beck.

Weeks earlier, Pete Cashmore, founder of Mashable, the self-proclaimed “voice of digital culture”, laid off around 30 editorial staff, despite having recently raised $15m in new funding. Journalists were told the site was “moving away from hard news” towards “entertaining digital culture”. One Mashable journalist, Nadja Oertelt, was underwhelmed by the “strategic shift” as she – like other recently ousted digital journalists – vented her spleen on Twitter: “Lol stranded in Ohio and can’t even access my email to get my flight information to get back and clean out my desk. Thanks!”

Meanwhile Gawker Media, founded in 2003 by former Financial Times journalist Nick Denton, and owner of sites including Gizmodo and Jezebel, is reeling under an onslaught of legal actions, having already lost a court case with Hulk Hogan, in which the former wrestler was awarded $140m for invasion of privacy. Whereas once the Internet was thought to offer refuge from libel suits, Gawker’s current woes are terrifying its peers. Dr Paul Lashmar, head of journalism at the University of Sussex and co-author of Online Journalism: The Essential Guide, says that, while Gawker is known for gossip, the legal assault on it “may impact on serious news as well”.

Even BuzzFeed, arguably the most successful online-only news site, has experienced recent negative press, with the Financial Times reporting that it has failed to meet internal financial targets and CNN claiming that this slowing of revenues means it’s headed away from news towards the more lucrative entertainment sector. While BuzzFeed strongly denies this, it appears to be the strategy at Mashable.


Vice News, as it moves further into television, seems only to require multi-media journalists who are able to work in video.

Paul Bradshaw, Professor in Online Journalism at Birmingham City University, takes a relaxed view of the recent turmoil. He identifies a moving away from the need to report routine diary stories that are covered by news outlets elsewhere and generate little reward from advertisers. “A lot of this feels like a restructuring of the industry,” he says. “You are getting the middle (of the newsroom) dropping out but there’s still an interest in unique and exclusive content.”

The current shift is towards television and live video

This is a flexible young sector that is still finding its way, Bradshaw says. “Everyone is pivoting and re-pivoting and every six months there is a shift. The current shift is towards television and live video. It’s difficult to know how long that will remain the case.”

But Dr Lashmar says advertisers do not see users of online news as having the same “affinity” with sites that readers traditionally had with newspapers.

Tomorrow’s News, a survey published this week by Reuters, found that 62% of respondents of all ages said they would not pay for news “even if it’s unique and of a high quality”. Somewhat hopefully, 58% of Millennials expected their consumption of news to grow. Most (90%) said they turn to news brands they trust to verify the source of a breaking story.

Jeff Perkins, Reuters head of commercial in Europe, Middle East and Africa, said the findings showed that young news consumers were as likely as older ones to turn to trusted and traditional news brands on the biggest breaking stories. “The results are saying…[online news providers] cannot jump into that news space and expect to have the same credibility as an organisation that has been doing it for 165 years.”

It’s still early days in online news, but building the next CNN, it turns out, may not be so easy.

Ian Burrell is a UK media writer. He is the author of The News Business, published each week by The Drum and of The Media Column in the i - the UK's youngest national newspaper (inews.co.uk). He is a former media editor and assistant editor on The Independent newspaper. He has 25 years of experience as a staff journalist on The Independent and Sunday Times and has also worked in both television and radio.He is a frequent contributor as Media Analyst to Monocle 24 online radio and has presented on BBC Radio 4 on many occasions.
» Digital News, Latest stories » The Crisis In Native Digital News