Print v. Online…what are we missing? 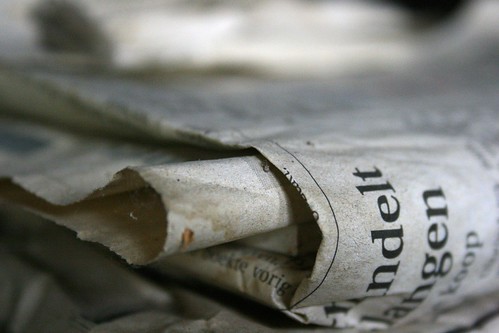 Hoping to shed light on what newspaper readers stand to lose or gain by moving online, Scott Maier, a researcher and professor of journalism at the University of Oregon’s School of Journalism and Communications, questions the discrepancies in print and online reportage in a new study published in the Newspaper Research Journal.

While both print and Web news sites were found to generally cover the same topics, traditional newspapers offered stories with more breadth and depth than their online competitors, publishing stories approximately twice as long.  Additionally, newspapers cranked out twice as much domestic content, with heftier coverage in the areas of business, the environment, health and immigration.  However to their credit, online news outlets provided a broader international focus and greater devotion to analysis and opinion.

Beyond examining the extent to which print and online news sites differ, Maier assesses the agenda-setting function of both mediums, questioning story authorship, geographic focus and story placement.

Kate Nacy is the first EJO Fellow to participate the European Journalism Fellowship program at the Freie Universität Berlin. Kate Nacy works as a journalist, writer and editor. Her work has appeared in news publications as well as in literary and arts journals. She served as the European Journalism Observatory’s English Web Editor from 2008 – 2012.
» Digital News, Ethics and Quality » Print v. Online…what are we missing?