The challenging quest for diversity in British, German and Swedish Newsrooms 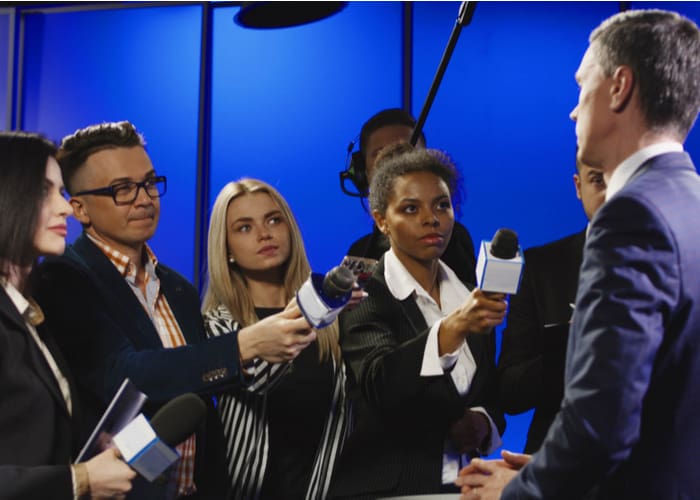 “A core tenet of journalism is to contribute toward a functioning and healthy public sphere.” This is according to a paper on newsroom diversity in the journal Journalism Practice. Authors Julia Lück, Tanjev Schultz, Felix Simon, Alexandra Borchardt, and Sabine Kieslich assert that to succeed in this task, newsrooms should cover topics from multiple perspectives, representing the views of different segments of society. They argue that this can only be achieved if newsroom staff populations mirror the diversity of the society in which they exist.

The paper examines 18 outlets in Germany, Sweden, and the UK and concludes that many newsrooms are struggling to achieve this internal diversity.

Editors-in-chief and managing editors from news organizations such as DPA (German Press Agency), BBC News, and Sveriges Radio were interviewed to analyse the specific obstacles to diversity and identify strategies to overcome them.

The authors primarily considered data around ethnicity, migration, class, and gender. Other factors such as regional background, age, and disability came up during the interviews.

One key finding is that, although all three countries in the study have a long history in migration, with the UK’s particularly strong colonial links attracting the largest numbers of migrants, they all lacked diversity in their newsrooms. There was an especially poor representation of non-white migrants.

In Germany, for example, migrants and people with migration backgrounds account for one-fourth of the population, yet, according to the paper, only an estimated 2 to 5 percent of these are represented within the country’s journalism population.

These findings are supported by other research on diversity in Germany. For example, a study on diversity in 120 German media companies by the Neue Deutsche Medienmacher*innen, a network of journalists with migration backgrounds, reveals a total absence of editors in chiefs from black, Muslim, or Turkish communities.

In the UK about 12.9 percent of people refer to themselves as non-white. The authors of the Journalism Practice paper point to a 2016 report, which revealed that the British journalism industry was 94 percent white, with only 0.4 percent representation from the Muslim community and 0.2 percent from the black community. When the study was released, the Guardian newspaper reported that nearly five percent of the UK’s population was Muslim and three percent was black.

They also highlighted that, in Sweden, about one-fourth of the population has a “foreign background” but only 5 percent of journalists were born outside the country.

The pressure on newsrooms to promote diverse teams and perspectives is the result of a larger push for equality, which has intensified with thriving global campaigns such as Black Lives Matter and the impact of initiatives such as the annual Black History Month, designed to draw attention to the often-overlooked contributions of black people.

In the study, the authors identify the following four measures to improve diversity in newsrooms.

A key factor to achieving diversity in newsrooms is the personal commitment of people who can promote structural changes. The authors found that if those in leadership appeared concerned with the issue, they were better informed and came up with more ideas for diversity strategies.

Bearing in mind that many newsrooms operate in hierarchal structures, this awareness must be part of their leadership culture. “Strategical management of diversity within news organization is closely connected to individual commitment”, the authors state.

Diversity doesn’t run itself. News organisations need to collect sufficient data to inform the strategic and effective management of diversity. Furthermore, the authors suggest that monitoring should include comparisons between the diversity in society and diversity in the newsrooms.

A diversity-sensitive culture needs people who acknowledge and promote different perspectives on content – and not occasionally but as part of the daily newsroom routines and processes – e.g., from choosing a news topic to picking experts.

The study points out that avoiding or sugar-coating structural forms of discrimination inhibit diversity. Sexism and racism need to be confronted and actively challenged. One idea is to introduce workshops to increase a diversity-sensitive culture within the staff population and create an open communication sphere.

The authors of the study do warn that this is a complex issue. They point to previous research which suggests that diversity in people doesn’t necessarily equate to diverse perspectives in media content. For example, the commitment to objectivity in journalism may mean that differences in religion, culture, or ethnicity are disregarded. They stress that to create a climate in which diversity can be experienced, diverse perspectives must be implemented in a professional context on a day-to-day basis.

If you liked this story, you may also be interested in: The rise and stall of  women experts on UK news

Olivia Samnick, MA Journalism, Media, and Communications, is a journalist based in Germany. Her work includes multimedia publications in Germany's leading news magazine SPIEGEL ONLINE, and the leading reportage magazine GEO, as well as documentaries on refugees and migration. She joined EJO as a fellow in 2021. Website: www.oliviasamnick.com
» Ethics and Quality, Recent, Specialist Journalism » The challenging quest for diversity in...