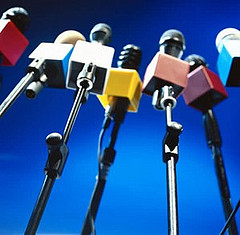 In the fifth installment of a six part series which looks at the impact of mobile devices on news consumption, the Donald W. Reynolds Journalism Institute (RJI) found that more than half of adults in the United States prefer professional journalists to other sources.

Results from the study, which examined how users and non-users of mobile devices view news media outlets, found that more than 60 percent of consumers “prefer news stories produced by professional journalists.”

Despite overall consumer trust in journalists, the poll revealed that many of the positive sentiments felt by consumers dropped significantly when considering mainstream media outlets as a whole. While no significant difference was found between consumers who access news via mobile devices and those who do not, the study revealed a relatively high amount of distrust in mainstream news media, with less than 37 percent expressing trust in mainstream outlets.

The study also revealed that trust of mainstream media outlets was higher among female viewers and those who mainly receive their news from national broadcast outlets, while viewers who preferred Fox Cable News and MSNBC held the highest level of mistrust.

As for consumer interest in free and ad-supported news models, fewer than 25 percent of those surveyed indicated that they would be willing to pay extra for news content without advertisements.

Other interesting findings from the study included differences between gender and news behavior – with women being “somewhat more inclined than men” to purchase or subscribe to printed news outlets.

Survey author and RJI’s program director for digital publishing Roger Fidler explained the report’s importance while also pointing to the conflicting nature of the findings.   “Our analysis suggests that digital content produced by professional journalists has a perceived value to the mobile consumer. But we found that trust may be the single most important factor to this value as well as the most conflicted.”

Michael Wise is a Master’s student at Università della Svizzera italiana, studying Health Communication and Management. He has a bachelor’s degree in journalism and has written for a number of magazines and trade publications, in addition to being an EJO contributor and student assistant since September 2011.
» Media Economics » Survey Reveals Lack of Trust in...