On the Government Drip 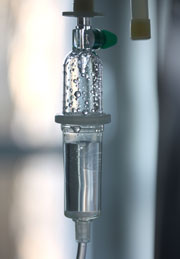 Support for public broadcasting and the press is a political issue, but not only in Austria.

By comparing data from Germany, Finland, France, Italy, the United Kingdom and the United States, Rasmus Kleis Nielsen and Geert Linnebank from the Reuters Institute of Oxford University have concluded that instruments of media policy have essentially stayed the same since the `80s. In an analysis of countries that subsidize media projects, Nielsen and Linnebank found that most of the money distributed by governments is allocated to the media dinosaurs: broadcasting and print newspapers.

Both print and broadcast news have a long history of residing on the “government drip” in all countries included in the study, either by receiving lush fees, tax breaks, lower postal rates, or even direct state subsidies. Even in the U.S., where media is not traditionally funded by the government, researchers found that each year more than $1 billion in taxpayer money is spent on public television and radio programs, in addition to another $1 billion distributed to newspaper publishers.

And while powerful lobbying on behalf of the media industry ensures continued funding, small startups attempting to conduct media projects have little chance to receive such subsidies.

The most bizarre law discovered in Nielsen and Linnebank’s analysis comes from Italy, where journalism bureaus run by at least two members of parliament can receive funding as long as they intend to publish a print edition of a newspaper.  However one caveat is that the newspaper must have already existed in the marketplace for three years.

Source: Rasmus Kleis Nielsen/Geert Linnebank (2011): Public Support for the Media. A Six Country Overview of Direct and Indirect Subsidies Report, Reuters Institute for the Study of Journalism, University of Oxford

European Journalism Observatory co-founder and until 2018 Professor of Journalism and Media Management at the Università della Svizzera Italiana in Lugano. Frequent contributor to Neue Zürcher Zeitung (NZZ) and Der Tagesspiegel (Berlin), as well as to the specialist publications Schweizer Journalist and Der österreichische Journalist.
» Media Economics » On the Government Drip