Journalism Education: Between success and schizophrenia 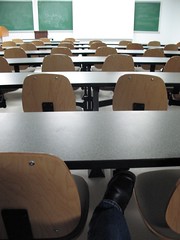 At first glance, the progress made in journalism education over the last few decades culminates in an unprecedented success story expanding beyond Europe and the United States.

Educational opportunities have mushroomed across all continents of the world, and curricula seem to be converging and professionalizing. At least this is how Beate Josephi, a German media researcher teaching at the Edith Cowan University in Perth, Australia, summarizes the development.

In “Journalism Education in Countries with Limited Media Freedom,” edited by Josephi, she analyzes journalism education in countries where there is little to no press freedom. The training programs in these countries follow, more or less, the Western model – a feature the researcher attributes to strong involvement of American and European NGOs in Asia, Africa and Latin America. Thus, according to Josephi, Western journalists like Bob Woodward and Peter Arnett are seen as “superstars” among China’s aspiring journalists. In the repressive city-state of Singapore, the government insists that news offering the most favorable view of the country will hold a secure place in the press. On the other hand, “this fact is exacerbated by the request” of the regime “to give journalists the skills to work anywhere in the world.”


A schizophrenic “state of the art” in the U.S.

And how is journalism education developing in the country where, close to a hundred years ago, it was institutionalized for the first time at places like the Columbia University and the University of Missouri? In the U.S., journalism schools are “decorating” themselves more then ever as practitioners of high professional reputation become professors – among them quite a few former editors or top managers of publishing houses who found themselves unemployed. This, however, may only cosmetically help reduce the prejudiced invalidate that journalism educators are lacking in practical experience. Likely, rather, it rather intensifies the conflict within colleges and universities that exists between media practitioners and journalism researchers.

In a contribution which Barbie Zelizer from the University of Pennsylvania published in the Swiss research journal Studies in Communication Sciences, she claims that American journalism education is treating journalism in a schizophrenic way. In particular, her criticism is that researchers observe “journalism through unnecessarily narrowed lenses.”  The “gaps and misnomers in scholarship” are bewildering, and journalism educators “still apply demarcations between print and television” while the media themselves have been converging for years now.

Zelizer also discusses internet-guru Jeff Jarvis´postulate that future media professionals should be able to “adapt to whatever comes their way.” She argues the real challenge for journalism educators who want to serve the public interest is to proactively shape future journalism.


Between hope and pressure to adapt

In trying to summarize, a somewhat contradictory picture arises. What has been achieved in countries like Cambodia or Kenya, China and Russia, in training and professionalizing aspiring journalists may turn into a germ cell for more instead of less press freedom – in the long run, at least. On the other hand, journalism education in countries like the U.S. may have already have left its best times behind. How useful are the growing numbers of well-trained journalists if there is no demand from newsrooms anymore? For many young people the search for professional alternatives began a long time ago. Many orient themselves towards PR – a transformation similarly observed in the countries analyzed in Josephi’s book.

This is how journalism education itself breaks under the pressure to adapt. Many J-schools are developing hybrid training programs to educate future journalists and PR experts together. If the conditions of the job market for journalists don’t improve, in the long run  we’ll be finding highly professional training programs for spin doctors in place of J-Schools.

Barbie Zelizer, What Can Journalism Scholarship Tell Us About Journalism? in: Studies in Communication Sciences, Nr.1/2010

European Journalism Observatory co-founder and until 2018 Professor of Journalism and Media Management at the Università della Svizzera Italiana in Lugano. Frequent contributor to Neue Zürcher Zeitung (NZZ) and Der Tagesspiegel (Berlin), as well as to the specialist publications Schweizer Journalist and Der österreichische Journalist.
» Ethics and Quality » Journalism Education: Between success and schizophrenia