Ghana: Coronavirus and the media 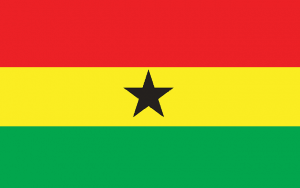 Once the first cases of Covid-19 in Ghana had been confirmed on 12 March, the media began to discuss the country’s preparedness to combat the spread of the virus. Before these cases were announced, the media were full of misconceptions relating to the disease.

The three main misconceptions being put about were that Ghana is too hot for the virus to survive there; that prayer can help ward off the disease; and that Ghanaians have a strong immune system that will enable them to resist the virus.

Within a few days, the number of cases began to increase rapidly. In response to this, on 15 March all public gatherings were banned and most educational establishments were shut down. The first cases appeared to be imported ones, but on 19 March, the first case was confirmed of a person with no travel history who had contracted the disease. From this point, coronavirus began to be taken more seriously in Ghana. By 26 March, dozens of cases had been confirmed in the country, with three deaths, according to the Ghana Health Service.

The Ghanaian media have in general been acting as mouthpieces for the government’s public health communications. The logic behind the official messages is not always clear, and yet the media has not been questioning the government’s decisions.

An example of this is the government’s announcement of a 100m dollar COVID-19 fund. In view of the high levels of corruption in Ghana, one would expect the operation of this fund to be subjected to keen media scrutiny, but this does not appear to be happening.

One worrying development is the threat that media houses caught spread falsehoods could have their licences withdrawn. This is a cause for concern as there is no clear definition of what amounts to falsehood.

On 20 March, the National Media Commission – the equivalent of a constitutional press council – issued a statement calling on media outlets to restrict themselves to official sources. It also cautioned the media to desist from making jokes about the coronavirus, saying that “While humour may have its place in reducing anxieties in moments of national stress, it also carries the risk of minimising the sense of urgency and possibly leading to complacency in public response”.

Many Ghanaians still seem to believe that they have some immunity to this virus, despite there being no scientific evidence to support this assumption. However, some media have been inviting health experts onto their shows in a bid to help dispel some of the many coronavirus-related myths that have been circulating in the country.

Michael Yao Wodui Serwornoo is a lecturer in the Department of Communication Studies, University of Cape Coast, Ghana. // Rachel Abrokwah is a graduate student in the Department of Communication and Media Studies, University of Education, Winneba, Ghana.
» Ethics and Quality, Media and Politics, Recent » Ghana: Coronavirus and the media