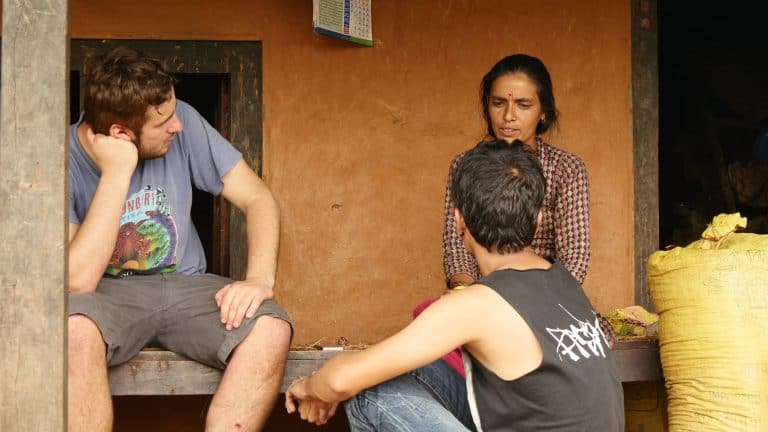 In a previous article for EJO, Antje Glück looked at how perceptions of the importance of emotional awareness in news reporting have shifted in recent decades. She now considers some examples of how this issue is being addressed in journalism training.

It is one thing to acknowledge the role played by the emotions in news reporting. It is quite another to move beyond this and come up with an adequate response to the new challenges raised.

As journalists, we now need to find answers to some pressing questions: Is it possible to learn emotional literacy? If so, can it be learned systematically? Do we actually need to acquire this kind of knowledge in order to be a “good journalist”?

Until fairly recently, there was not much emphasis on this aspect of a journalist’s training. In 2018, a team of Dutch researchers led by Melissa Fuller conducted a study looking at how empathy – which we could define as a process of achieving understanding, relying both on our emotional responses and on cognition – can be made a more integral part of training in professional communication in general.

The team concluded that a range of means – including the recognition of body language and non-verbal cues, self-introspection and developing an appropriate response to emotive information – all have a role to play.

These ideas are now beginning to be applied to the training of journalists. Bournemouth University, in southern England, was one of the first in Europe to offer journalism students any kind of specialist training in exercising empathy and the importance of emotional literacy. Its courses are based on principles developed by the DART Center for Journalism and Trauma in response to increased awareness of the impact that reporting on traumatic events can have on journalists and the implications of this for news coverage.

Journalism students at Bournemouth are given the opportunity to take short courses in sensitive disaster coverage. As part of their training, the students receive a brief of a catastrophe, after which they engage in either a fictive post-Hurricane Katrina disaster scenario or a terrorist attack at a football stadium.

The exercises are “quite short – the role play in each case is only 10-20 minutes in which students learn by doing”, course leader Professor Stephen Jukes told me.

Bournemouth students have also been given a chance to take part in a real-life scenario. Following the devastating 2015 earthquake in Nepal, students taking the Bournemouth journalism course, together with a group of students from India and Nepal, were sent to Kathmandu to cover the longer-term consequences of the earthquake.

The organisers of the “Aftershock Nepal” project, Bournemouth University journalism lecturers Chindu Sreedharan and Einar Thorsen, observed how the students who took part developed a greater sensitivity in dealing with survivors of the disaster. This helped to counter allegations of “parachute journalism” often made by local reporters when journalists sent by international media outlets to cover a crisis fail to recognise the deep trauma sustained by the people affected.

Because they remained in the area for longer than usually happens in the aftermath of a disaster, the students found that they were able to give the victims the sense that they were being taken seriously and that their stories would be heard by the outside world.

The trainee reporters were in fact practising “solutions journalism” – in which journalism serves to highlight or even to solve social problems. They were happy to respond to the challenge posed by the project, which required them to develop a high degree of emotional literacy but made them better equipped to deal with such situations.

Giving a voice to the marginalised

The need to show sensitivity when interviewing victims of trauma and violence – vulnerable individuals and marginalised voices – is now seen as a core skill in a journalist’s toolkit. It is a skill that increasingly features in any consideration of journalistic ethics and standards of professional practice. The benefit works both ways – journalists who are more successful in developing emotional intelligence tend to be better at interacting with news sources.

“It is mostly about emotional literacy,” says Jukes. As a former Reuters journalist, he is well placed to realise that “if you are not empathic, you anyway do not get the story”.

Though Bournemouth’s ground-breaking ideas are slowly being taken up by other British universities running journalism courses, they have not yet found much resonance among established journalism training institutions such as the National Council for the Training of Journalists (NCTJ) and the Broadcast Journalism Training Council (BJTC).

But Jukes remains optimistic: “Empathic news coverage matters even more today because of drastic technological changes. We live in a world full of images in the internet, and geo-political conditions are characterised by waves of migrants and horrible civil wars.”

The key skills that the next generation of journalists need to acquire are likely to encompass far more than just fact gathering and the currently popular data journalism. Empathy, emotional intelligence and perhaps even compassion also need to form an integral part of the curriculum in the training of journalists.

This is an edited version of an article that first appeared on the EJO’s French-language site.

If you liked this story, you may also be interested in Newsrooms Should Prepare For Terror Attacks.

Antje Glück is a Lecturer in Journalism and Digital Media at Teesside University. She holds a PhD from the University of Leeds and a double MA in Journalism and Arabic Studies from the University of Leipzig in Germany. Her research interests include the current evolution of the journalistic profession, and she has undertaken research in France, Spain, Egypt and India. Alongside her academic career, since 1998 she has also worked as a freelance journalist for various media outlets, both print and broadcast.
» Ethics and Quality, Recent » Can journalists learn empathy?