Italy: Coronavirus and the media 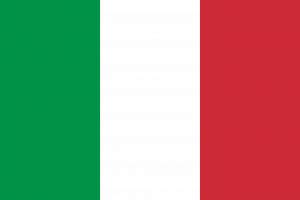 The COVID-19 pandemic has hit Italy very hard: the country has suffered a higher coronavirus death toll than any other.

Italian journalists have had to cope with an unprecedented situation and newsrooms and news outlets have been forced to adapt to this new reality. Since the lockdown was imposed on Lombardy and other parts of northern Italy on 8 March (it was extended to the rest of the country two days later), the news agenda has been totally dominated by the pandemic. For example, the 30 March print edition of La Repubblica, devoted over 20 pages to the topic of the coronavirus. All remaining sections, from sports to culture, discussed the impact of the pandemic on their own areas of interest. One of the most chilling details illustrating the impact on journalism comes from Bergamo, the most badly affected city in the entire country: on 13 March, the local daily Eco di Bergamo featured 10 pages of obituaries (in normal circumstances, there would be just one).

In the digital sphere, since 8 March all news websites have been running non-stop live pages that are constantly updated with breaking news. These consist mainly of updates on the spread of the virus and the death toll, plus the latest government measures in response to the crisis.

EJO Italy talked to both active news journalists and media academics to get their views on how the Italian media have been covering the pandemic so far.

In the view of Sergio Splendore, a senior lecturer at the Università degli Studi di Milano, “the news from China was muted and fragmentary and failed to alert people to the serious danger represented by virus. News coverage is now in crisis mode, struggling to keep pace with events as they unfold.” Splendore is scathing of the sensationalism that characterised much of the initial coverage. “The screaming and apocalyptic way in which the media covered the pandemic at the beginning was lazy, unthinking and sensationalised. The most positive aspect of the coverage was the attempt to place expert knowledge (that of doctors, scientists and data analysts) centre-stage – even if this did give rise to some conflicts.” When it comes to international coverage of events in Italy, Splendore is equally critical of the tone of much of the coverage, but “there are some commendable exceptions. El Pais and the New York Times, for instance, especially in late February and early March, did a better job than the Italian media at explaining what was going on in my country.”

Arianna Ciccone, co-founder of the Perugia International Journalism Festival, says that she would “prefer not to judge”. Ciccone – who also founded Valigia Blu, a news website dedicated to in-depth reporting and engaged journalism, which has been reporting extensively on the coronavirus crisis – emphasises the challenges of covering such a huge and overwhelming story. “I’ve seen very well done and useful pieces of work, as well as others that unfortunately weren’t so good. Perhaps, for journalists as well as for politicians, what we lacked was being adequately prepared to manage the flow of information about an epidemic that then became a pandemic”.  “Instead”, she adds, “mostly we improvised, moving from a very alarmist kind of coverage to a more reassuring one in the space of a few days. This confused people and probably weakened messages that should have been conveyed forcefully, such as those related to personal conduct”.

Ciccone says the role of social media – in both their positive and negative aspects – should not be underestimated. “They can be used to disseminate both useful information and also, unfortunately, fake news and manipulation. I’ve seen the main platforms, such as Facebook, Twitter and Medium, take some important steps. All have gone to some lengths to disseminate verified and official information with the aim of combating disinformation”. For Ciccone, social media also have a role to play in connection with some frequently under-reported aspects of the pandemic and its impact on people’s lives: “They’re important, I would even say fundamental, as an emotional and psychological support for people who are sharing a unique and radical experience on a global level: fear of the virus and the stress caused by the lockdown.” She also points to “the incredible role social media are playing in science, research and for those scientists who have shared studies, analysis and discoveries. It’s fascinating and also moving.”

Science journalism on the front line

Science journalism has emerged as a leading area of reporting and its contribution is now more important than ever before. Andrea Gentile is the science editor of the Italian edition of Wired magazine, which has produced a series of podcasts about coronavirus. “Science doesn’t provide absolute certainties, but instead a way of understanding the world and a shared idea of how, probably, things work. Uncertainty is part of the game and we need to bear this in mind. Even scientists don’t have definitive answers to certain questions, only hypotheses: this is something that needs to be repeated over and over again.” Gentile cites as an example of this the figures published on the spread of the disease. “Right from the beginning”, he says, “all media outlets published them immediately and kept on doing so. However, these figures only tell us part of the story: some figures are more important than others, while others have no practical significance. The mechanical repetition of data communicated by the authorities is not of much use to a reader who doesn’t know a great deal about epidemiology.”

Though a pandemic easily gives rise to conditions in which disinformation can thrive, Gentile is more concerned about the possibility of being overwhelmed with information. “It’s right now that slow journalism should offer an effective resource: what we need are in-depth and scientifically sound insights, rather than short news items that have been hurriedly put together, without proper verification, and which in some cases are actual hoaxes. However, journalism can’t really do much about audio messages passed on via WhatsApp by a trusted close relative. It’s human nature to believe in these things. The only thing we can do as journalists is to try to be on hand when someone is looking for confirmation, in the hope that we will be regarded as a trustworthy source.”

Luigi Ripamonti, the head of Corriere della Sera’s health section Corriere Salute , who is himself a trained doctor, says that “The challenges for journalism are the same as always: to inform in a correct, independent and honest way.” Ripamonti notes that there are two rules that must be observed when communicating risk. The first is “never deny, hide or downplay the dangers, because lying is the easiest way to lose trust” – and the loss of trust is to be avoided at all costs, as it could lead to future messages being “ignored or rejected, with grave consequences for public safety”. The second, Ripamonti says, is the importance of “acknowledging the limits and uncertainties of the available knowledge, which is constantly evolving, but which is also the only thing we can rely on in order to act rationally”.

Ripamonti also warns of the danger of mainstream media unwittingly giving disinformation greater currency, even as it tries to debunk it. He stresses that it is up to everyone to do their bit to prevent fake news stories – which according to him behave just like real viruses – from spreading further.

Especially in the context of a pandemic, data journalism comes into its own by presenting complex data in a way that makes it easy to grasp. Luca Salvioli, the coordinator of Lab24 at Il Sole 24 Ore – a team of infographic creators, designers and developers – says that “our page about coronavirus began to notch up incredible numbers. More and more users have taken it as a point of reference, assuming it to have official status”. This prompted the team to keep it constantly updated, both in terms of the data itself and by incorporating new elements.

Salvioli points out that the data is far from perfect. “In particular, the data on the number of those infected certainly represents only a fraction of the real number of infections, because it relates only to those who have been swabbed.” He adds that the way in which Italy’s Civil Protection agency announces the latest figures at its daily press conferences has added to the confusion. The headline figure includes only people who are currently sick, not people who have died or recovered from Covid-19, which makes it difficult to get an accurate picture of the cumulative total number of infections or the rate of increase in infections. Salvioli explains in an article for Il Sole 24 Ore why the Civil Protection’s way of presenting the data is misleading. He also tells EJO that in the interests of forming a clear overall picture, “we have decided to take the variation of the total cases; other newspapers have also gradually switched to doing it in this way”.

Salvioli also stresses the importance attached by the team to collaboration with the general public. “We receive dozens of emails from readers every day, as well as messages on social media, and we often take these requests and suggestions into account when deciding which visualisations to do next.”

Donata Columbro is a digital strategist and activist member of the Dataninja collective, which focuses on data-driven reporting and communication. Together with other open data advocates, Columbro has launched Covid19Italia.help, a crowdsourced platform for gathering data about the pandemic and organising solidarity initiatives. According to Columbro, the official health data do not give the full picture of the impact of the pandemic on all areas of life. She says it is important also to take into account the effect on the economy and on cultural life. “The challenge now is to try to broaden our view and make readers feel included in this narrative, which is about them on many different levels,” she says.

In Columbro’s view, graphics that convey only the stark figures need to be complemented by other kinds of visualisation that have more of an impact on readers. “The New Zealand website The Spinoff is doing a very effective job: they use animated comics and visualisations that use images rather than numbers, which makes them easier to understand”, she says. Colombro adds that the initiatives launched by Covid19Italia.help, which aims to match offers of help with those who need assistance, is “a public service, such as newspapers ought to be offering.”

This article originally appeared in Italian on the Italian EJO site with the headline “COVID-19 e giornalismo: Italia“.

Opinions expressed on this website are those of the authors and interviewees alone and do not necessarily reflect or represent the views, policies or positions of the EJO.

Philip Di Salvo is a post-doctoral researcher and lecturer at USI in Lugano, where he works on investigative journalism, leaks and hacking. // Antonio Nucci is a PhD candidate at USI. His research interests are communication about climate change, scientific dissemination and climate activism.
» Ethics and Quality, Recent » Italy: Coronavirus and the media