Can a Journalist be Forced to Name an Anonymous Source? 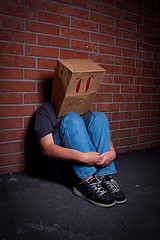 If ordered by court to reveal a confidential source of information, what should a journalist do?

Should she disclose it, and draw contempt and condemnation from her colleagues in the media? Or should she defy the court ruling and protect her source by all means, abiding by the sacred value journalism ethics?

This is the dilemma that well-known Lithuanian journalist Laima Lavaste  currently faces. With the sword of justice hanging above her head, the uncompliant journalist for the daily newspaper Lietuvos Rytas (Lithuanian Morning) is going through a period of uncertainty caused by her defiance to give in to the demands of justice.

The award-winning Lavaste infuriated judges after writing a series of articles for Lietuvos Rytas last year under the intriguing front-page headline: “The sins of judges are both public and silent.” Quoting a high-profile judge who spoke on the condition of anonymity, Lavaste revealed wide-spread corruption among judges, cases of connivance with prosecutors and authorities, judges’ failure to comply with the Ethics of Judges, and other professional transgressions.

The stories actually supported what many Lithuanians had long suspected: many judges would need to take the stand themselves.

Instead the journalist was sued by a low-rung Vilnius District Court, who accused the journalist of libel and defamation. The court demanded Lavaste to reveal the name of the judge who had broken the ranks and provided her information for her articles.

In defense of the defiant journalist, Lithuania’s Union of Journalists (LUJ) made a public statement denouncing the court ruling.

“According to the current Law on Public Information, Lithuanian journalists must comply with the ethics of journalism. Besides, the LUJ stands by the recommendation of the Committee of Ministers of the European Council to EU member states, which defines the protection of sources of information as a crucial condition of media freedom for every journalist,” the LUJ statement read.

“The disclosure of information identifying a source should therefore be limited to exceptional circumstances where essential public or individual interests are at stake and can be convincingly established,” says Dainius Radzevicius, president of the LUJ.

What can the EU do to better protect the confidentiality of journalists’ sources?

The LUJ also noted that EU institutions have always defended the protection of journalists’ sources of information as a basic condition for both the full exercise of journalistic work and the right of the public to be informed on matters of public concern.

During a parliamentary assembly of the Council of Europe in 2010, Morgan Johansson, a prominent member of the Swedish Parliament, speaking on the protection of journalists’ sources, noted that in a large number of cases, public authorities have forced, or attempted to force, journalists to disclose their sources, despite the clear standards set by the European Court of Human Rights and the Committee of Ministers of the Council of Europe.

Johansson said that the EU member states and the Council of Europe must do more in order to ensure that the standards set by the European Convention on Human Rights are fully respected.

“Only a few European countries have officially recognised the need to protect individuals who have professional relations with journalists. Clear legislation would facilitate the work of law-enforcement authorities and better protect the confidentiality of sources,” he pointed out.

Such a legislation that would be mandatory to all EU member states does not exist in the European Union yet.

LUJ chairman Dainius Radzevicius,  speaking on the Lavaste case, asks rhetorically “how Lithuania would look like” if Laima Lavaste turned in her informant for the sake of the judicial system..

“If journalists betrayed their sources, people would feel much more insecure, as, for many of them, journalists are the last resort to find justice and truth. If Lavaste broke the principles of journalism ethics, she would be considered as a traitor, and would not be trusted by any media organisation anymore,” Radzevicius says.

He adds the revelation of the informant’s identity would be a blow to the entire Lithuanian journalistic profession.

“The Lithuanian courts are obviously not aware of the EU laws defending journalists. Undoubtedly, they expected the journalist to break down and make her informant’s name public. She did not. In this trial, she is standing not only for herself, but for all Lithuanian journalists,” Radzevicius says.

He stresses that informing the public about possible infringements in the law system is a significant aspect of the defense of society’s interest.

“The recent cases of shady judges who were forced to leave the system are partially the result of Lavaste’s revelations. They confirm the legitimacy of the public’s concern about the judiciary system and the behaviour of some of its servants,” says Radzevicius.

Nevertheless, Radzevicius points out that the Lavaste case is rather “exceptional” than a daily occurance affecting Lithuanian journalists.

The only other similar case dates back from 2003, when Lithuanian journalist Remigijus Bielinskas made published a document from Lithuania’s State Security Department that was deemed confidential. He was ordered by court to reveal his source, but refused to do so.

“I have not been punished for that. But I had long to walk from one law enforcement office to another until I was finally left alone,” Bielinskas remembers.

Lavaste hopes that common sense will prevail and that law enforcement officials will eventually drop their charges against her. She says that some prosecutors have hinted at a possible review of the case.

» Ethics and Quality, Press Freedom » Can a Journalist be Forced to...