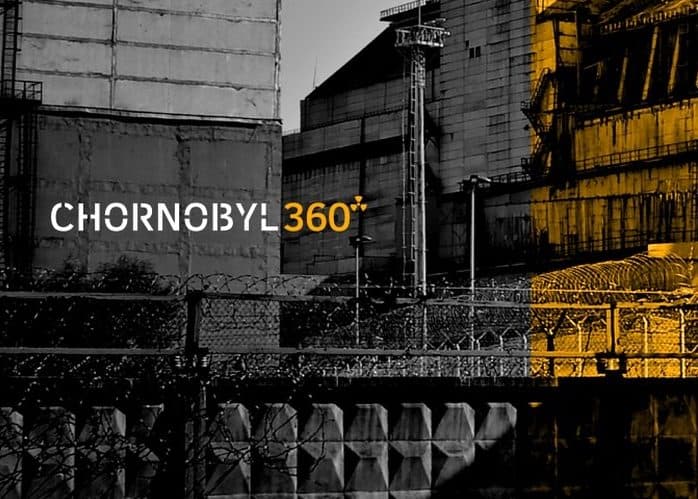 Determined not to be left behind in the global scramble to come up with new storytelling formats, several Ukrainian media companies have been experimenting with creating their own projects using virtual reality technology.

Some of these startups now produce content for international audiences. This includes documentaries, social projects for governments and NGOs, and commercial products for brands. The companies have also taken on VR projects for foreign media, including the New York Times, RFE/RL and Al Jazeera.

One Ukrainian company has even launched its own augmented reality/virtual reality (AR/VR) training programme.

Immersed in the revolution

In 2016, two award-winning photojournalists, Alexey Furman and Sergiy Polezhaka, joined forces with graphic and web designer Kirill Zhylinsky to found New Cave Media, a company that specialises in storytelling through VR technology. Their first immersive documentary project, Aftermath VR: Euromaidan, told the story of the revolution that took place in Kyiv from late 2013 to early 2014. 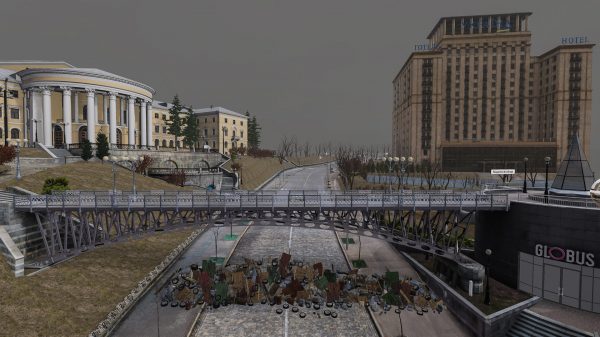 The Euromaidan – a reference to the Kyiv square on which the demonstrators gathered – culminated in the brutal suppression of the protests. On 20 February 2014, police and government troops opened fire on the demonstrators and dozens of people were shot dead. In total, around a hundred protesters were killed during the revolution.

Using archival footage, photogrammetry and computer-generated imagery (CGI), New Cave Media reconstructed the street where the bloodshed occurred. Viewers can retrace the steps of the protesters, and the project also features 360° video interviews with eyewitnesses who recall the events of that day, captured in the places where they unfolded.

Aftermath VR: Euromaidan was funded by a grant from Google News Lab, the Knight Foundation and the Online News Association (ONA), as well as by a successful Kickstarter campaign that managed to raise 12,000 US dollars. New Cave Media also reinvested some funds generated by its own commercial projects.

The documentary creators’ efforts were rewarded when Aftermath VR: Euromaidan received the Open Frame Award at the goEast Film Festival in Germany in April 2019. It was also shown at Sheffield Doc/Fest in June.

The company had previously produced a remarkable 360° video about Azovets – a military summer camp for children run by the Ukrainian ultra-nationalist group Azov battalion – for the New York Times. Asked how they go about finding such high-profile clients, founder Alexey Furman says that New Cave Media usually takes the initiative itself.

“360° video is a great immersive medium, but it doesn’t really work with every story out there. Since we know the local stories, we can decide which ones would work in this medium, and which wouldn’t. So, we pitch the stories that we think would work to national and international media outlets,” he tells EJO.

Another project that has enthusiastically embraced 360° video is Ukrainer, a media outlet on a mission to bring Ukraine to the attention of national and international audiences by taking them on journeys to different regions of the country. The Ukrainer team shares curious stories from out-of-the-way places and about extraordinary people, art, history and food.

(The trailer embedded below is for a 360° video about the historic Polyssya narrow-gauge railway line – the longest of its kind in Europe.)

In addition to some spectacular photos, Ukrainer’s reporters illustrate their stories with 360° videos in 4K resolution – something that is quite rare in the Ukrainian media.

Ukrainer founder Bogdan Logvynenko describes VR as “an incredible opportunity for us to combine storytelling with technologies,” adding that “it allows for more possibilities than a traditional media format.”

The project has been showcased at important Ukrainian exhibitions such as the Book Arsenal and is also scheduled to take part in this year’s Frankfurt Book Fair.

Ukrainer is currently seeking to raise money to fund further development. It has launched a crowdfunding campaign and has already received more than 75% of the target amount.

A glimpse into the Exclusion Zone

Apart from the media organisations that have begun experimenting with VR, one Ukrainian enterprise has set up its own production studios. In 2016, Kirill Pokutnyy and Sergei Tereshchenko founded Sensorama Lab, a company that specialises in AR/VR, 3D and animation, and creates 360° videos.

One of Sensorama’s most remarkable projects is Chornobyl360, which like Aftermath VR: Euromaidan was inspired by a painful episode in Ukrainian history. It was created to mark the thirtieth anniversary of the Chernobyl nuclear disaster, which took place on 26 April 1986, when Ukraine was still part of the Soviet Union.

Chornobyl360 shows the 30-kilometre Exclusion Zone from different angles. It also allows the viewer to see some areas that can still only be accessed by employees of the Chernobyl Nuclear Power Plant.

The project was the brainchild of Pokutnyy and Tereshchenko and was made possible by a successful Kickstarter campaign that secured 34,000 euros of crowdfunding. Pokutnyy notes that the screening of the HBO miniseries Chernobyl in May-June 2019 attracted new viewers to Sensorama’s VR film.

The company has until now concentrated on working with the business and education sectors, rather than with the media. The Sensorama Academy selects highly motivated individuals who receive free training in handling AR/VR technology and producing 360° videos. This ensures a ready supply of skilled professionals able to serve the needs of what is still a new industry.

New Cave Media’s Alexey Furman is convinced that media organisations will have to get to grips with the latest cutting-edge technologies if they want to come across as being prepared to embrace innovation. “It could open up new horizons in the fight for potential audiences,” he says.

However, he notes that “VR and AR need time and skill to produce, and it’s hard to see them becoming commonplace in breaking news, but they are definitely appropriate for use in long-term projects.”

If you liked this story, you may also be interested in The Ethics of 360° Journalism.

Kateryna Tolokolnikova is a Ukrainian journalist who is now employed by the public broadcaster’s cultural channel "UA: Radio Culture". She also contributes to various other media outlets as a freelance writer. From 2014 to 2018, she worked for the Ukrainian media platform and think-tank NGO "Detector Media".
» Media Economics, Recent, Technology » Cutting-edge storytelling: three VR startups in...