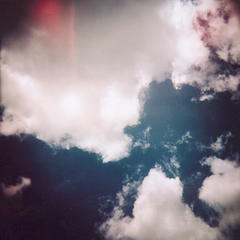 After a bit of  tweaking and revamping, Media Cloud, a dashboard tool designed to help analyze the media ecosystem, is now open for public use. The open source, open data platform allows researchers and journalists to explore quantitative questions about the content of online media.

Media Cloud generates weekly word “clouds” of mainstream and new media news content. For instance this week’s cloud contains the word “god,” and clicking on “god” turns up a list of sentences in the top 25 mainstream media outlets for the week. With the help of Media Cloud, researchers, media watchdogs, critics and interested citizens can look deeply at which media sources are covering which stories, the language choices different media outlets use in conjunction with different stories, and the various ways stories spread from one media outlet to another.

While a more detailed account of the methodology can be found here, a brief breakdown goes something like this (as posted on the Media Cloud Blog):

“Media Cloud collects stories from 30,000 feeds belonging to 17,000 media sources from a combination of mainstream and new media sources. It stores both the full html and the extracted story text from about 50,000 stories per day from those media sources. It converts that story text into per story word counts that it makes publicly available as daily data dumps. We use those word counts to perform a variety of modes of analysis of the media ecosystem, including word clouds, clustering, mapping, and a variety of regular and custom reports written by the media cloud team.”


In the months to come, the folks at Media Cloud and collaborators at the Berkman Center will be releasing analytical reports based on Media Cloud data on the blog.

Kate Nacy is the first EJO Fellow to participate the European Journalism Fellowship program at the Freie Universität Berlin. Kate Nacy works as a journalist, writer and editor. Her work has appeared in news publications as well as in literary and arts journals. She served as the European Journalism Observatory’s English Web Editor from 2008 – 2012.
» Digital News » News Nebula