The Price of Credibility 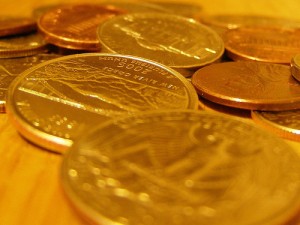 The need to be present in social networks leads more companies to desert traditional media and head for the Internet.

Yet the game might not be worth the candle, when the medium lacks credibility to the point where it actually makes TV advertising look trustworthy. Louise Kelly, Gayle Kerr, and Judy Drennan from the Queensland University of Technology conducted a study, published in the Journal of Interactive Advertising, assessing the attitudes of younger audiences with regard to advertising on social networking websites. The results indicate that participants place little to no trust in advertising found in social networks.

Despite the fact that none of the respondents reported negative experiences with online advertising, most believed that clicking through adverts will either invite computer viruses or some form of scam. Several participants report feeling manipulated and disturbed when advertisements open without being clicked by the user. Others feel suspicious when they are asked for personal data and must shut  “offers” down.

According to the study, such distrust is fostered by the fact that anyone is able to publish content and advertisements online. Television and newspapers, on the other hand, require licenses or other forms of official registration, thus reducing audiences’ perceived risk of being tricked.

These attitudes towards online advertising can help traditional media win some time until a new, sustainable business model is developed. Weaknesses – limitations due to higher prices and impersonal advertisement – can easily be turned into strengths.  In the end, the marketing rule is that the cheapest product is not always the best option.

Find the full at the Journal of Interactive Advertising.

Rukhshona Nazhmidinova's journalism experience includes working with as the Associated Press correspondent in Tajikistan (2003-2004) and assistant to the editor at the Central Asian Bureau of Agence France-Presse (2004-2006). Currently, she is working on her PhD dissertation at the Università della Svizzera Italiana. Her research interests include communication strategies via new media.
» Business Models » The Price of Credibility