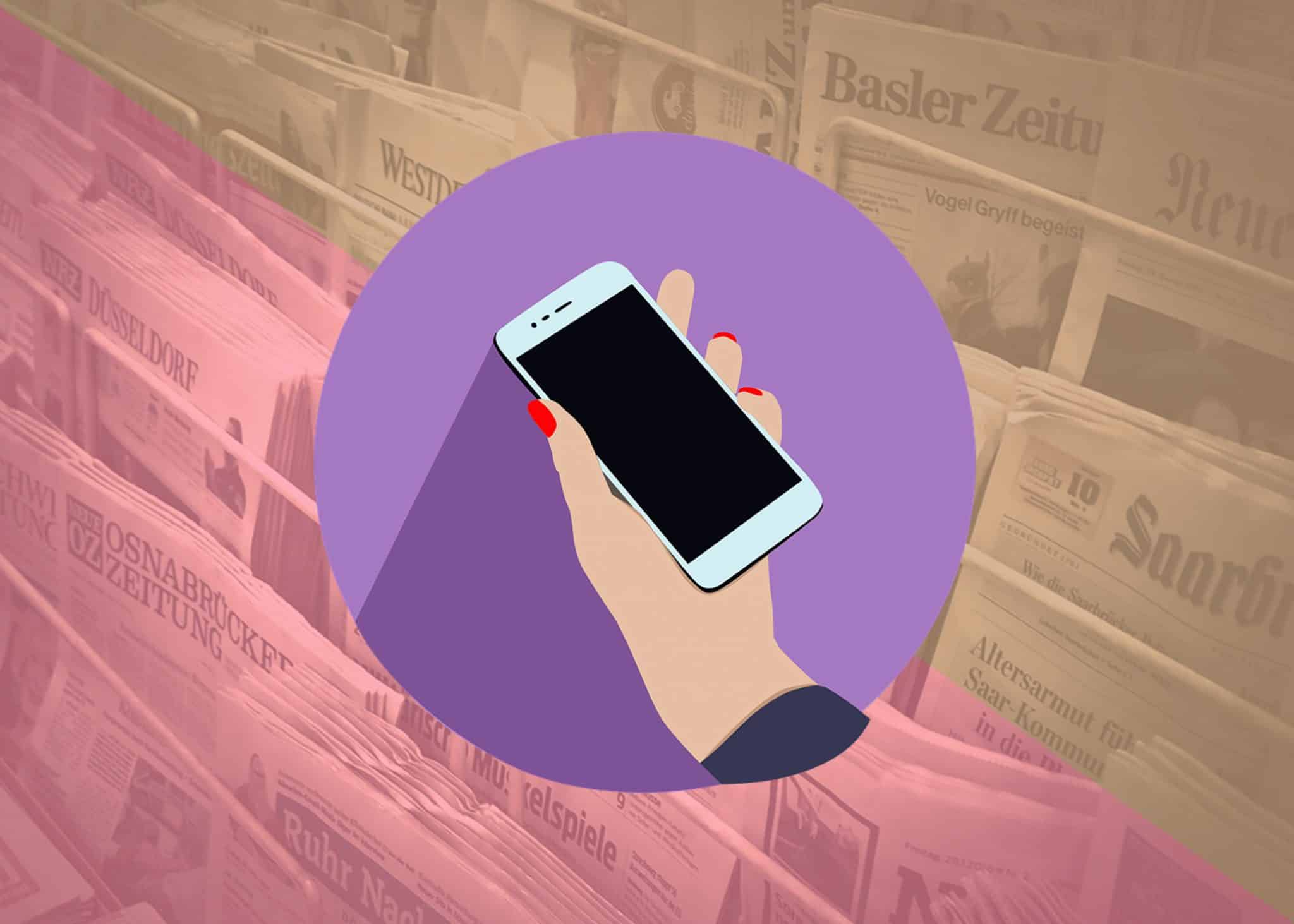 The smartphone has become both a device for consuming news and a production tool.

Powerful, inexpensive and creative, the smartphone has become an indispensable tool for journalists. Mobile journalism – the practice of producing content for and with mobile phones – offers many advantages. It allows journalists to work in an adaptable, independent way and to stay connected with their audience. Nicolas Becquet reflects on how the smartphone has transformed journalism and offers some practical advice.

The winding road to digital transition has offered media organisations the chance to fundamentally rethink their purpose, formats, structure, business model and relationship with their audience. In the process, they have had to formulate a response to far-reaching changes in the way in which we consume information.

The smartphone has played a key role in this radical realignment, both as a device for consuming news and as a production tool. Producing content for and with mobiles, with the help of social platforms, is one of the main purposes of mobile journalism. While acquiring the expertise and technical skills needed for mobile journalism, journalists also need to re-evaluate the audience aimed at and the formats used. These processes are vital if we are to achieve a successful digital transformation.

Mobile journalism is not only a vehicle for transforming individual working practices, but can also act as a catalyst for prompting the newsroom as a whole to embrace digital ways of thinking.

Here are some observations on how the advent of digital journalism has helped to bring about a new breed of journalist: one who keeps up with the latest practices and is in touch with the needs of the audience. Such journalists are well placed to develop a media’s identity by exploring new formats, while at the same time playing the role of ambassador.

Whether producing a live video feed, a live tweet or an interview for social networks, the mobile journalist has entire responsibility for the production and distribution of information: collection, editing, distribution and after-sales service for the public.

Traditionally, the journalist was just one of a series of links in a long production chain, but now he or she must be aware of and respond to the challenges and demands of the entire information ecosystem. They are like a media organisation in microscosm.

When a journalist moves beyond his or her status as a cog in an all-encompassing system, they also need to ensure that they are familiar with the mechanics and conventions appropriate to the platforms used.

The production of content with a smartphone therefore demands a high degree of self-motivation and resourcefulness – the main qualities a journalist needs in order to keep abreast of the continuous development of digital conventions, tools and formats.

At a time marked by high levels of mistrust of the news media, which are regularly accused of being disconnected from society, the immediacy of social media offers an opportunity to (re)connect with internet users.

Journalists who are regular users of social media are well positioned to keep a close eye on current trends and new practices. By staying in tune with what’s going on, mobile journalists can use their ability to adapt to new media to plug into new audiences, reaching out to them on the same level. They have a resourcefulness that many major media outlets struggle to achieve.

Mobile journalists have the advantage of always having their main work tool to hand. They are also skilled at producing “native” content – that is, content designed primarily with a view to being accessed via mobile. This means that the information supplied fits naturally into the user’s reading habits.

The journalist as pioneer

The smartphone allows journalists to move beyond the usual publishing environment and the traditional formats associated with news media.

The mobile journalist is well placed to benefit from this explosion of creativity.

Vlogging (Videoblogging), tutorials, Instagram-type stories, podcasts… All these formats were originally created by social platforms as a way of offering amateur producers new tools and spaces for expression. They then became firm favourites with audiences that were on the lookout for new experiences, in terms of both form and content.

The mobile journalist is well placed to benefit from this explosion of creativity and adapt it to his own storytelling and methods of promotion. This represents a golden opportunity for media seeking to reach new audiences while at the same time projecting a unique editorial voice.

The combination of a smartphone, an application ecosystem and social networks offers an unprecedented set of tools that allows journalists to tell new stories and inform their audience in a different way. Instead of having to select from a limited palette of pre-defined formats, journalists now have an extensive range to choose from and can combine those best suited to the purpose: live video, photo, sound, image + text, etc.

Though video is the main format associated with mobile journalism, there is no limit to the new ways of telling stories that can be invented. A good example are Instagram stories, in which the content is primarily visual and presented as a series of bite-sized chunks that users can scroll through at their own pace – one solution to the issue of readers’ reduced appetite for long reads.

At the heart of all these new narratives, the smartphone is a formidable laboratory for understanding and becoming involved in the digital revolution. A mobile, powerful, creative and inexpensive laboratory capable of responding to the constant challenges thrown up by an ever-changing world. It is an essential asset for newsrooms having to make do with limited resources and for journalists struggling to find their place in organisations whose output is still largely confined to traditional formats.

Ready to take the plunge? Here are a few ways NOT to do it:

If you liked this story, you may also be interested in Polish publishers embrace mobile apps.

Nicolas Becquet is a journalist with the Belgian daily L’Echo (lecho.be), where he has overseen the digital transformation of the paper. He is also a trainer in mobile journalism and multimedia storytelling. His blog, mediatype.be, focuses on the changes in journalism triggered by digital technology.
» Digital News, Recent, Specialist Journalism » Mobile journalism: a catalyst for digital...