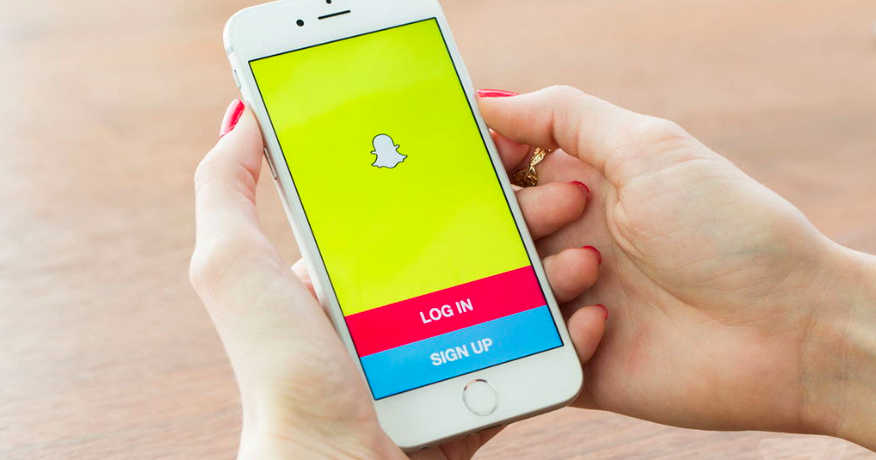 Snapchat is the undisputed star of 2016 journalism debate. The platform, launched in 2011 by Stanford University students, has become the new focus of attention for publishers, journalists and the advertising industry.  After gaining its own momentum as the first platform aimed specifically at younger audiences, it is now playing an important role as a journalistic distribution channel. Snapchat enables its users to send brief instantaneous content, mainly videos or clips (that disappear within 24 hours) to private chats with selected users or to their entire fellowship.

Facebook still dominates social media but Snapchat is catching up. Here are four reasons why Facebook should watch its back.

Snapchat helps news brands to raise their awareness among millennials. Media companies recognise the opportunity to reach 100 million young active users (86% of Snapchatters are between the ages of 13 and 34), who between them watch more than 10 billion videos daily from their smartphones.

Snapchat’s youthful demographic is particularly impressive when compared to Facebook’s: A 2015 Business Insider survey revealed that only 38% of Facebook users are aged between 18 and 34, compared to 71% of Snapchat users.

A number of leading US news outlets, such as NPR, Fusion, The Verge, have started experimenting with Snapchat for news recently. More traditional outlets such as the New York Times and the Wall Street Journal, already use Snapchat regularly.

The recent Digital News Report, 2016 (DNR), published by the Reuters Institute for the Study of Journalism, reported that Snapchat is ‘one of the fastest growing new networks’. In the US Snapchat Discover is now used for news by 12% of 18 – 24 year olds, in the UK the figure is lower – 1% of 18 – 24 year olds use Snapchat to access news according to the DNR.

2. Snapchat is a mobile-exclusive environment

How to find possible revenues streams for this content remains a challenge for most platforms, but Snapchat’s growth potential seems better than competitors, such as Facebook, Twitter and other tech giants.

This is because publishers continue to be obsessed by mobile and Snapchat, a mobile-exclusive environment, is a paradise for those brands looking for successful spaces for their ads. The platform offers publishers at least three things: a unique millennials user base, the chance to reach young people via a privileged channel and the opportunity to work with native, mobile-friendly, formats.

The ultimate secret of the platform’s success may be its Discover feature. Discover allows users to view content compiled by publishers, brands, and Snapchat’s own editorial staff, instead of other users. This content can be in the form of images, video, editorial, or what Snapchat themselves described as ‘gorgeous advertising’. Content is uploaded in daily ‘editions’ that self-destruct after 24 hours.

Discover already has a number of international media partners, such as CNN. Vie, BuzzFeed and National Geographic, which publish native content straight onto the platform, profiting from several customizable features and design options. Its UK partners include The Sun newspaper, Sky News, Sky Sports and the Daily Mail.

Some media companies have hired staff to build their Snapchat presence: The Wall Street Journal, the platform’s most recent partner, created a five-person team to run its Discover channel. Fusion has 10 full and part-time Snapchat staffers.

4. Snapchat is leading the field on mobile-friendly Vertical Video

Beyond these growth and profit opportunities, Discover seems to be in a better position than its competitors for one more reason: it is pushing hard on the potentials of vertical video, a format that is proving to be the most efficient on mobile devices and it is setting a new news standard, one that others will inevitably have to adopt. Vertical video advertisements are already attracting cautious enthusiasm among UK companies that are increasingly looking to social media platforms to reach new audiences, Campaign, the advertising magazine, reported last month.

Journalism in 2017 will inevitably be Snapchat-influenced and this seems to be confirmed by recent news that the platform is hiring journalists to work in-house.

The plan? To cover the next US presidential elections with videos, emojis and “snaps”.

A version of this article was published originally in Italian by Corriere del Ticino on June 10th 2016
Picture: portal gda / Flickr CC:

Philip Di Salvo is a post-doctoral researcher based at the Institute of Media and Journalism of the Università della Svizzera italiana (USI) in Lugano. His main areas of research are whistleblowing, investigative journalism, internet surveillance and the relationship between journalism and hacking. At USI, he also teaches journalism at both the bachelor's and master's levels. Philip received his PhD in Communication Sciences from USI in 2018 with a dissertation on encrypted whistleblowing platforms in journalism. He is also a lecturer at Milan's Nuova Accademia di Belle Arti (NABA). As a freelance journalist, he writes about the social impact of technology for Wired, Motherboard/Vice, Esquire and other publications. Philip obtained a master's degree in Media Management from USI in 2012 and a bachelor's degree in Literature from Milan's Università degli Studi in 2010. He is the Italian editor of the European Journalism Observatory, based at the USI in Lugano.
» Business Models, Digital News » 4 Reasons Why Facebook Should Worry...