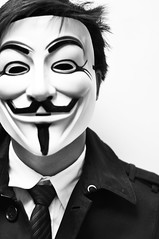 Over the past seven weeks, the Occupy Wall Street (OWS) story has been nothing shy of enigmatic, due largely to a lack of clear policy demands and a surplus of creepy plastic masks no one really understands.

Despite its many nebulous elements, one point remains clear: Most everyone in the media has an opinion on how or how much the OWS protests should be covered, and no one likes how anyone else is doing it.

With a peculiar divergence from business-as-usual, in which news-making decisions and processes are rarely discussed, the U.S. media is covering itself. Or rather, the media is covering the media covering Occupy Wall Street. An atypical amount of attention has been devoted to the various frames and narratives employed by particular news outlets, a form of professional criticism normally reserved for after-hours conversation.

Grievances about the quantity and quality of protest coverage are vast. Critics in the U.S. media emphatically griped about both a “media blackout” and  “saturation.” The New York Times was accused of being shamefully slow to pick up the story, the New York Observer was accused of using ridicule to mock the protestors, and the predictably abominable Fox News behaved as it always does, filing an unchecked list of complaints having very little to do with the protest itself, or any issue loosely connected to it.

As satellite protests continue to appear across the globe, foreign media reports intensified as well (especially in Iran). Even Al Jazeera Arabic chimed in on the discontent, criticizing American news organizations for inadequate coverage of the protestors.

According to the Poynter Institute’s Adam Hochberg, “Such complaints come as little surprise, and not just because we saw the same kind of criticism surrounding coverage of the Tea Party movement, the Wisconsin collective bargaining protests, and even comedian Jon Stewart’s Rally to Restore Sa 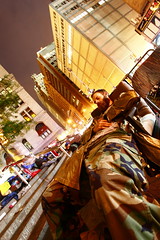 nity. The complaints also are predictable because there’s no consensus among news organizations about what makes a particular protest newsworthy.”

In his blog, Reuters columnist Jack Shafer describes his policy of banishing protest coverage while working as an editor for the Washington City Paper. He explains, “It’s not that I opposed the right of the people to peaceably assemble and petition the government for a redress of grievances. It’s just that my newspaper was published in Washington, D.C., where the list of scheduled demonstrations, picket lines, and budding riots would scroll off your page if you loaded it in your browser.”

Overdosed or not, as an audience we’ve amassed the various nuggets of intrigue which make OWS stories compelling: the twinkles, the teargas, the drum circles, the problem of where to pee, the clashes with police, the human microphone, the makeshift tents, the arrests (+2,000), the Occu-Pie pizzas, the umbrella ban, the falafel, the disappointment, the anger, the fear. The great potential for storytelling and valuable inquiry clearly exists. It has thrived for seven weeks on vegan casseroles and quinoa. As a news item, its reach and longevity pose a fresh set of obstacles for news outlets maintaining long-term coverage.

Tackling concerns about continued OWS coverage, Arthur Brisbane, Public Editor of the New York Times, reached out to journalists and former editors who understand the challenge of mobilizing reporters and editors to cover complicated movements. Tom Fielder, former executive editor of the Miami Herald responds, writing, “As a journalist vying for the limited and valuable time of an audience, I bear the responsibility of intruding on the audience’s attention only when I have something of interest – something new and worthy (or newsworthy) – to report. Otherwise I’m just an annoyance. Now that I’ve reported exhaustively on the Occupiers’ presence and their general unhappiness with many things, I have no obligation to chronicle their on-going daily existence, which best I can tell has devolved into something of a mixture of Grateful Dead parking-lot scene, Woodstock without bands (although plenty of bongos), and unofficial skid row.”

Complex issues of this scale pose a particular danger in the U.S. media, as they often skew coverage of exigent developments elsewhere (the death of Muammar Gaddafi, for example). In the end, there are many ways to tell the story. While the notion of arriving at some form of “standard” for newsworthiness has its merits, the diversity of coverage is inevitable. Some will miss the point, some will agonize over beards and boho oddities, some will leap to conspiracy, some will dismiss the protests entirely, some will cover them hour-by-hour (bless the persevering hearts). Not to suggest 54 days of encampment coverage isn’t useful, but investigating beyond the Port-O-Potties is indeed essential.

Kate Nacy is the first EJO Fellow to participate the European Journalism Fellowship program at the Freie Universität Berlin. Kate Nacy works as a journalist, writer and editor. Her work has appeared in news publications as well as in literary and arts journals. She served as the European Journalism Observatory’s English Web Editor from 2008 – 2012.
» Specialist Journalism » Working the Bongo Beat