Free Media Are Not “The Enemy Of The People” 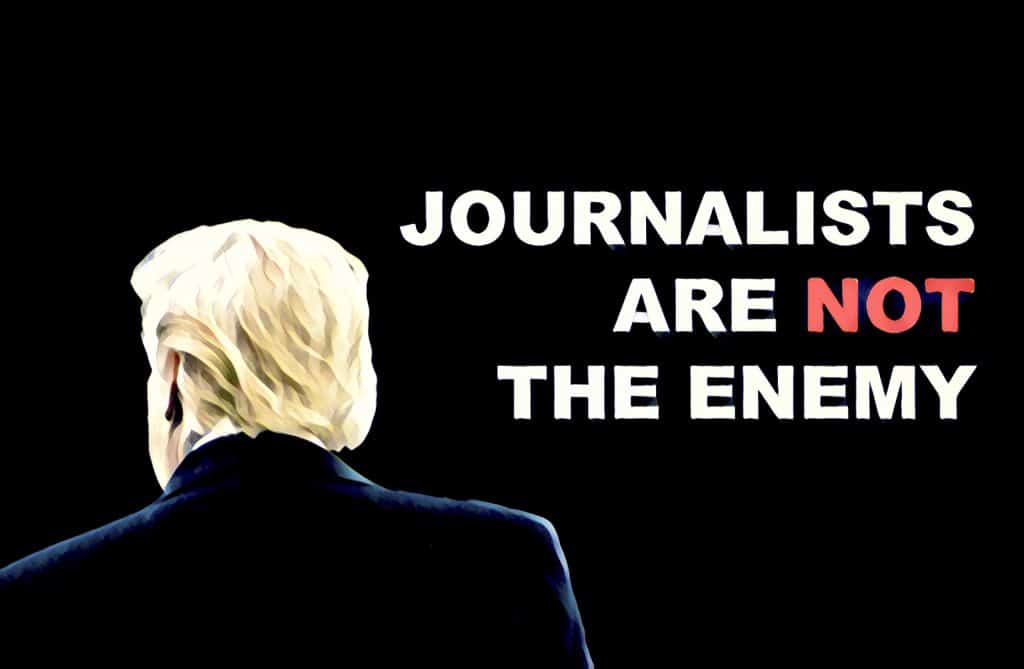 Free media are not “the enemy of the people” – and that is precisely why they are under attack from politicians all over the world.

For a man who has so actively courted media attention, worked in showbiz himself, and benefited from enormous amounts of free publicity when he launched his political career, Trump professes a strong dislike for much of the media, labelling those who have the temerity to offer anything other than unconditional support “the enemy of the American people”, and repeatedly discounting news organisations like ABC, CNN, and the New York Times as “fake news”.

Free Media Can Empower People – That Is Why Strongmen Attack Them

Trump is not alone. Powerful politicians all over the world clearly do not like the idea that there are independent institutions trying to hold them to account. Self-styled strongmen from Italy to India, from Poland to the Philippines, from Ecuador to South Africa have long tried to tame the news through public attacks, political pressures, and murky commercial arrangements, These include pressure on owners and strategic use of government advertising, undermining a key part of popular government in the process – people’s access to independent information about public affairs.

These politicians know that free media can empower people by informing them about public affairs. Free media can cut through the self-interested ways in which elected officials and public authorities present themselves and shine a light on uncomfortable questions and inconvenient truths. That is why politicians are afraid of them, and that is why they attack them.

Confronting powerful politicians who attack free media is a start. But the real issue is how journalists and news organisations can gain and retain people’s trust.

It is precisely because free news media are not “the enemy of the people” that they are under attack by those politicians who would prefer adulation to critical scrutiny. Many of these are not old-fashioned autocrats trying to control the news through direct censorship and physical violence. Most operate in societies that are still more or less committed to at least some of the principles and practices of liberal democracy. Some of them use direct means to try to control the media, but equally importantly, they are taking aim at the very basis for the power of free media—its connection with the public. If a politician can convince enough people that free media are their enemy, that independent news is fake, and that you can trust no one but him or her, that politician will have little to fear from the media.

How The Media Can Fight Back

Standing up for the principles of professional journalism, as American newspapers are now doing in a way that resonates far beyond the United States, is a first step to fighting back. Demonstrating that commitment in practice is even more important. On a day-to-day basis, as Washington Post editor Marty Baron has put it, American journalism is not “at war” with the Trump administration, but “at work.” Challenging Trump’s belligerent rhetoric is not a partisan move, or an anti-administration move, but simply a public reminder that journalism aims to hold power to account, and that power—whether public or private, elected or otherwise—generally does not like to be held to account. The Republican Party once stood solidly behind this idea, “freedom of the press”, as President Reagan put it, is “a fundamental tenet of American life”, and a free press, as President Geroge W. Bush has said, “indispensable to democracy”.

Trump is not alone. Powerful politicians all over the world clearly do not like the idea that there are independent institutions trying to hold them to account.

To hold power to account effectively, journalists and news media have to stand up for their principles, practice what they preach, and convince the public that they are in fact just doing their jobs (and not singling out individual elected officials in an unfair way). To withstand attacks from powerful politicians keen to brand them enemies of the people, they have to convince people that  they work for the public, not for partisan interests, narrow elites, or a self-interested establishment.

Here, the future of American journalism faced with Trump hangs in the balance – as the future of journalism does in country after country around the world. When powerful politicians try to polarise the issue and force people to choose, who will they trust—free media or political partisans?

In the US, a Reuters-Ipsos poll last year found that confidence in the press had actually increased significantly after the President started calling the media “the enemy of the American people”, even as confidence in Trump himself decreased slightly. But even then, confidence in the press and in the president was tied, and while many individual news brands are trusted by their users, the news media as an institution continued to face a crisis of confidence in many countries around the world.

To hold power to account effectively, journalists and news media have to stand up for their principles, practice what they preach, and convince the public that they are in fact just doing their jobs.

A survey published in July this year found that just 34 per cent of Americans said they felt they could trust most news most of the time, and showed that people are clearly paying attention to the President’s attacks on the media. 48 per cent say they are concerned about politicians’ use of the term “fake news” to discredit news media they don’t like. But the jury is still out on who the public trusts. In the same survey, an even larger number of Americans expressed their concerns over “stories where facts are spun or twisted to push a particular agenda” (67%) and “poor journalism” (60%).

Confronting powerful politicians who attack free media is a start. But the real issue is how journalists and news organisations can gain and retain people’s trust. If free media are to win a fight that they never wanted, and hold power to account, they can only do so with the public on their side.

You might also be interested in F*ke News, Journalism And Disinformation: Fighting Back Is Now Mission Critical.

Rasmus Kleis Nielsen is Director of Research at the Reuters Institute for the Study of Journalism, Professor of Political Communication at the University of Oxford, and serves as Editor in Chief of the International Journal of Press/Politics. His work focuses on changes in the news media, political communication, and the role of digital technologies in both. He has done extensive research on American politics, journalism, and various forms of activism, and a significant amount of comparative work in Western Europe and beyond. Recent books include The Changing Business of Journalism and its Implications for Democracy (2010, edited with David Levy), Ground Wars: Personalized Communication in Political Campaigns (2012), and Political Journalism in Transition: Western Europe in a Comparative Perspective (2014, edited with Raymond Kuhn). Most of his research is broadly concerned with the intersection between old organizations and new technologies, and in particular with the various forms of civic engagement and popular participation that emerge and are enabled there and the institutions and institutional preconditions that underpin them and make them possible. Follow him on Twitter @rasmus_kleis
» Comment, Media and Politics, Press Freedom » Free Media Are Not “The Enemy...