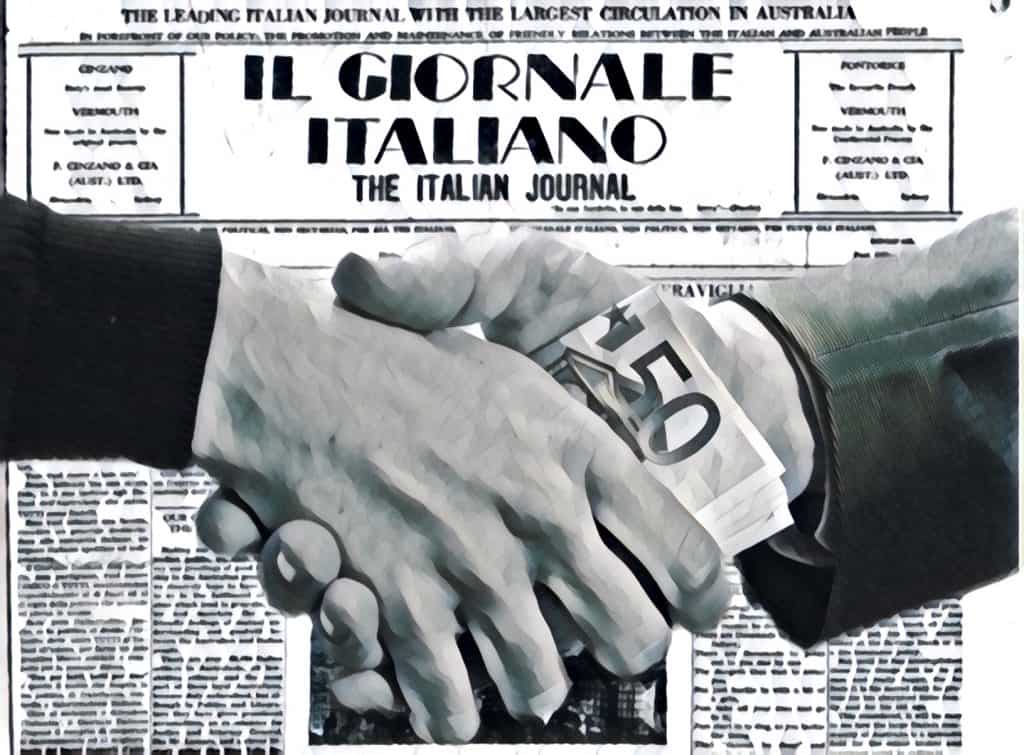 “Italian politics are corrupt.” It’s an assumption repeated almost like a mantra by the Italian media. So much so that is has become a widespread conviction. By now, every political party and every candidate comes with a whiff of bribery or other illegal behaviours.

It’s a situation which leaves one wondering: Is Italy really in such a bad state? Or is the public perception of widespread corruption not rather, at least in parts, caused by the ways in which the topic is reported in the media? It’s exactly this question that we tried to address in one of our recent studies.

First of all, we are not claiming that corruption is a false problem solely created by the media. Among democratic countries, Italy is notorious for its high level of corruption. Yet, Italy’s media system also has certain structural features that may distort journalistic coverage of corruption.

When journalists talk and write about corruption, they often appeal to the worst instincts of Italian readers. More often than not, the “corrupt politician” is pitted against the “honest citizen”. Sowing scepticism and distrust against the ruling class is a standard feature. In other words, journalistic coverage of corruption often reflects what political scientists call “penal populism”: corruption crimes are instrumentalised, sometimes for political purposes and sometimes because it makes sense commercially. The result is a social fear which is not justified by the real extent of the phenomenon.

For our study, we compared statistical data about reported crimes and the number of articles published on corruption by four Italian newspapers (Corriere della Sera, La Repubblica, Il Giornale e il Sole, 24 Ore) between 2004 and 2013. Our aim was to uncover if there is a relationship between the representation of corruption in the media and the actual extent of corruption. To understand how these newspapers have covered the topic in detail, we also conducted a content analysis of a sample of articles.

The first thing we found is that the news coverage often does not take into account the actual statistical data on corruption. The increase or decrease of articles on corruption does not always match the trend of alleged crimes. Italy’s coverage is episodic and influenced by bizarre and notable cases that attract people’s attention. Fears about a social problem – corruption – are stoked without the problem actually growing worse in reality, something scientists call “destatisticalization”.

Secondly, there is also a tendency to “glamourise” reality: Our data reveals that journalists look for big and noticeable political scandals and exaggerate and spectacularise them. The incentives are obvious: In an environment of intense competition between newspapers, news about corruption has to shock the public, stir resentments and sometimes even entertain, in order to get readers’ attention.

Under such circumstances, journalists often opt for a scandalous coverage of corruption in which spectacularization and dramatization push out facts. Corruption events then become stories that are easier to write and to understand and attract more readers, but at the same time, these stories also trivialise the phenomenon. They turn into moral dramas with real plots, real heroes – such as the police or magistrates – and villains who have to be unmasked and punished. In the majority of Italian corruption cases, these villains are politicians.

Finally, we found that the journalistic coverage of corruption often reflects the partisanship of the Italian media system. Italian newsrooms are still markedly influenced by the country’s politics. Parties and political factions consider partisan newspapers important allies in instrumentalising corruption cases and a newspaper’s coverage often changes with the respective political leaning of the convicted. Corruption stories become a weapon against the political enemy

A Climate of Distrust


All this is not without consequences. When newspapers publish a huge number of articles day by day, readers easily get the impression that corruption is on the rise, even if the number of corruption crimes is not. In addition, a scandalous coverage of corruption helps to degrade political figures, undermining their authority and chances of getting elected.

Finally, a populist rhetoric about corruption also harms the watchdog role of journalism and its ability to curb corruption. For one, it focuses the attention only on certain aspects of the phenomenon, namely political corruption, while others are neglected. A much more pressing concern, however, is the effect on social life. Recurring charges against politicians easily create a climate of distrust and fosters the rise of populist parties. Italy’s recent election result is an apt illustration for this.