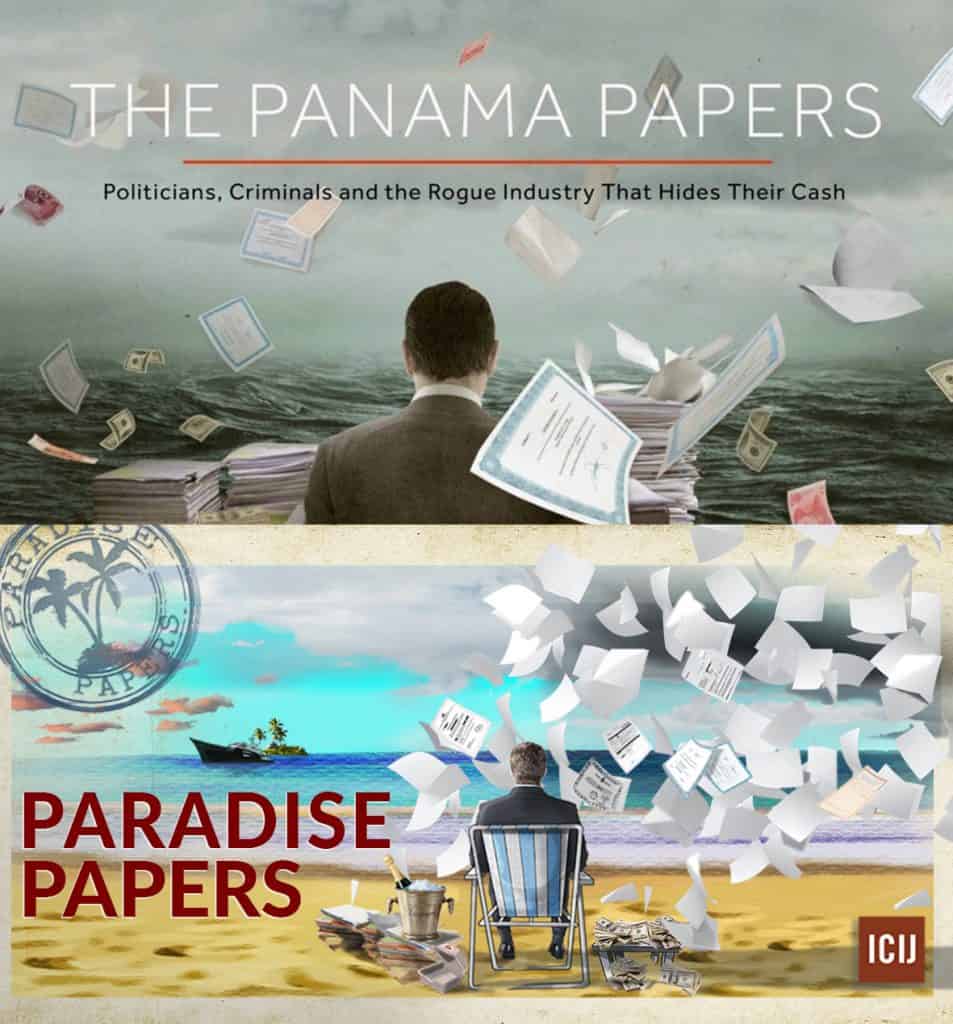 Diminishing newsroom resources and an increasing number of cross-border news stories have contributed to a trend of collaborative journalism, according to Richard Sambrook, former head of news at the BBC and Professor of Journalism at Cardiff University. Sambrook is the editor of a new book: Global Teamwork: the rise of collaboration in investigative journalism.

The book is a collection of essays contributed by journalists and practitioners who either have experience of, or have worked to develop, new models of collaboration. Chapters cover topics such as the Panama and Paradise Papers and Edward Snowden’s NSA files, but also practical issues such as co-ordination, advocacy and law.

The Age of Collaborative Journalism

“More and more stories are pan-national,” Sambrook said during a recent panel discussion to launch the book at London’s Frontline Club. “A story that starts in one country can very quickly take you to another country.”

Another panellist, Bastian Obermayer, the Süddeutsche Zeitung journalist who has worked on a number of successful collaborative journalism projects including the Panama Papers, agreed.

In 2015, an anonymous source leaked more than 11 million internal documents, created by a Panamanian law firm, to Obermayer. He decided to share the documents with an international group of 400 other investigative journalists because the Panama Papers investigation was “too big and too important” to do alone, he said.

Obermayer said the decision to share the story with other journalists was made for several practical reasons, including language and security. “My source did not want me to publish only in German,” he said. “So we invited the Guardian, the BBC and the International Consortium of Investigative Journalists (ICIJ) to join us.”

This meant Süddeutsche Zeitung’s share of the story became smaller, Obermayer added, “but the story itself grew so much bigger than it had been at the beginning.”

Sharing the Workload, Spreading the Risk

Collaborating with other journalists also meant sharing any risk, he said: “You also realise that when you have worked [on a story about] Putin, that you can say that 400 of your colleagues have access to the same data, so there is no point in taking one of them out.”

Following the successful Panama Papers collaboration, Obermayer was leaked more than 13 million documents from Bermuda law firm, Appleby. Again he decided to collaborate with other journalists — although this time a slightly smaller group — to make sense of the enormous amounts of data and numerous international stories contained in what became known as the Paradise Papers, published in 2017.

“Collaboration is a tool that we should know how to use, and when to use. It is not always the right tool, but there can be good reasons to form a collaboration if you have a good story or a good lead,” Obermayer said.

A Changing Culture in Journalism

Rachel Oldroyd, editor-in-chief of the Bureau of Investigative Journalism, also on the panel, pointed out that the recent success of collaborative projects, such as the Panama and Paradise Papers, had contributed to a changing culture in journalism. Collaboration, she said, “used to be a swear word in journalism, now it is a buzzword.”

Oldroyd agreed with Obermayer that collaborating can be challenging. Different news outlets have different approaches to a story, and different ways of working. Editors have different demands and not everyone has the same level of commitment to a story. “Some journalists are staff reporters, others are freelancers and so don’t get paid. Some put in hours of work, others put in weeks. It is important to understand all the different needs, a collaboration has to be a partnership.”

In the past, journalists rarely worked collaboratively with external organisations, however the panel agreed that traditional attitudes are changing. Obermayer and Oldroyd said they had recently worked with experts such as lawyers, accountants, data experts and scientists, on major investigations.

Anne Koch, another panellist and program director at the Global Investigative Journalism Network, contributed a chapter to the book entitled: ‘Investigative Journalism and Advocacy, Natural Allies?’. Koch has worked with non-government organisations (NGOs) when investigating stories in the past. She said there was room for more collaboration outside the newsroom, for example between NGOs and journalists, even though their objectives and approaches were often different.

“The world has changed tremendously …  and so it seems right and proper to share information now: there is an interesting new eco-sphere.”

Global Teamwork: the rise of collaboration in investigative journalism, published by the Reuters Institute for the Study of Journalism, is available for download here.

Caroline Lees is the Head of Communications at the Reuters Institute for the Study of Journalism. She is the former editor of the European Journalism Observatory’s English language site. She is a British journalist and has worked for The Sunday Times, London, for seven years including time spent in Delhi as South Asia Correspondent and as a news reporter and arts correspondent. She has also worked as foreign editor and assistant editor of The Scotsman, and for the Economist and Telegraph Media Group.
» Ethics and Quality, Specialist Journalism » When News Stories are “Too Big...