Myanmar: Coronavirus and the media 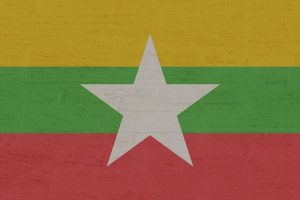 Myanmar, one of South East Asia’s least developed countries, confirmed its first two cases of the novel coronavirus on 23 March 2020. By 20 April, the official number of cases had risen to 119, with five deaths confirmed as being attributable to Covid-19. However, sceptical observers have pointed out that in a still underdeveloped country of 54 million people with an insufficiently prepared health system and limited testing capacity, it is likely that the true figure is much higher than this – especially as neighbouring countries such as China and Thailand have been badly affected by the disease.

Even before the first cases had been confirmed, anxiety over the possibility that coronavirus could soon arrive in Myanmar was running high in the country. This anxiety was further fueled by misinformation circulating on social media, especially on Facebook Messenger. Unsubstantiated rumours quickly spread through the population and triggered spates of panic-buying.

Once the first two positive cases had been confirmed, anxiety levels rose even higher, especially after people started to receive voice messages via Facebook Messenger telling them that dozens of Covid-19 patients might already have been hospitalised. People began to fear for their lives and their livelihoods, and a fresh spate of panic-buying broke out in Yangon, the largest city in the country and its commercial capital.

“Fake news and misinformation always run wild on social media, at any time. But the impact is now much greater than before, now that the world is facing the challenge of coronavirus,” Nyan Win Shein, a Yangon-based journalist who works for the Real Or Not fact-checking initiative, told me. He said that these days, he encounters between ten and thirty fake news items every day. Nyan Win Shein added that the lack of social media literacy among the general public, which results in an indiscriminate sharing of fake news stories, was a real cause for concern.

At the beginning of the year, the Ministry of Health set up a team tasked with providing the people of Myanmar with timely information about the coronavirus pandemic. The Ministry launched a website and an official Facebook page via which it delivers up-to-date information and a list of Dos and Don’ts concerning coronavirus, provided by World Health Organization (WHO). However, as most Myanmar citizens live in rural communities without a reliable internet connection, ensuring that this information reaches the entire population has proved to be quite a challenge.

At the end of March, the government ordered four major telecommunications service providers in Myanmar to block websites it alleged were purveyors of fake news stories. Though the government did not itself spell out which websites were covered by the order, the telecoms company Telenor Myanmar issued a statement confirming that it had been instructed to block certain sites including some unspecified sites in the “fake news” category.

It also emerged that some of the blocked sites were ethnic news agencies serving areas such as Rakhine State, where there is an ongoing conflict between the Myanmar military and an ethnic armed group called the Arakan Army. Myanmar already scores badly in global media freedom rankings (it was placed 139th out of 180 countries in the 2020 World Press Freedom Index compiled by Reporters Without Borders), and civil society organisations have accused the authorities of taking advantage of the coronavirus crisis to further suppress media freedom and cover up human rights abuses.

Most Myanmar journalists are keen to ensure that their readers have access to reliable sources of information and try to educate the public in how to recognise fake news reports. Many use their Facebook accounts to alert readers to specific fake news stories circulating on social media. They are adept at fact-checking and verification techniques, and some Myanmar journalists and media activists have set up a Facebook group dedicated to fact-checking news reports.

Myint Kyaw, a prominent Myanmar journalist who is now head of training at the Myanmar Journalism Institute, says he believes that the level of media literacy among the general public has improved, and that readers are now willing to share information with journalists and to ensure that verified facts are more widely disseminated.

“Now people have learnt how to read the news in a more digitally literate way than before. They want to cooperate actively with journalists in fact-checking. A media-literate civil society prepared to engage in the fight against fake news is good for everyone. This is something that will also help in future, in contexts such as the existing religious and ethnic conflicts”, Myint Kyaw told me.

The government has not made adequate preparations for handling the return of these migrant workers, and in particular has not sent out a clear enough message about the importance of the returnees observing quarantine measures to ensure that any who are already infected with the virus do not pass it on to others.

Thurein Hlaing Win, a writer and medical doctor concerned that the government’s public health messages are not reaching their intended targets, is attempting to provide clear and unambiguous advice via the Hello Sayarwon healthcare platform in a bid to prevent the onward transmission of coronavirus by disadvantaged groups such as the returning migrant workers.

“The government’s strategy for public awareness is not reaching the grassroots. It is hard for people in the countryside and migrant workers to follow their instructions,” Thurein Hlaing Win told me. He emphasized how important it was for returnees to protect their families by observing the quarantine regulations, saying that those who did not remain in isolation for 14 days faced “a lifetime of remorse”.

This is an updated version of an article that originally appeared on EJO’s German-language site with the headline “Myanmar: Die Corona-Krise und die Medien“

Athens Zaw Zaw is a Yangon-based freelance journalist and media consultant. He attended the Myanmar Journalism Institute, after which he spent several years reporting from Myanmar for Agence France-Presse (AFP). In 2017 he was awarded a prize by the German embassy in Yangon for his reporting on environmental issues.
» Ethics and Quality, Press Freedom, Recent » Myanmar: Coronavirus and the media