Profession at the Crossroads 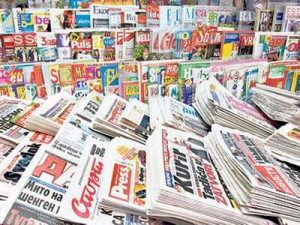 A recent research initiative focuses on the journalistic profession in Serbia.

“Profession at the Crossroads – Journalism at the Doorstep of the Information Society,” conducted by the Media Center of the Faculty of Political Science in Belgrade from July 2010 through June 2011 (heads of project: Prof. Dr. Miroljub Radojkovic and Prof. Dr. Snjezana Milivojevic) explores the hypothesis that journalism in Serbia lacks the adequate resources for an appropriate response to the technological, economic and social challenges radically transforming the profession. The results paint a gloomy picture of Serbian journalism, grappling with extremely low salaries and digital advances.

A long period of transition and the primacy of existential issues in Western Balkan countries have removed the emphasis from the challenges of contemporary journalism. Unsuccessful privatization, increasing concentration of ownership, development of the media market and the economic crisis – these are the characteristics defining the Serbian media scene.

Most Serbian journalists work for electronic media outlets (60%) and the press (30%), while others work in news agencies, online media, as independent journalists, etc. More than half work in Belgrade, while the remainder are almost uniformly distributed throughout Vojvodina and Central Serbia.

Data indicates that journalism has become a female-dominated profession, with gender differences resulting from an increasing number of female students enrolled in journalism-oriented university programs. Yet journalism still reflects the typical male-female discrepancies with regard to senior positions: less than 33 percent of women occupy senior or managerial positions, while only one woman in Serbia is co-owner of a media company. This information is significant in consideration of the social and economic position of journalists. Although it is often believed that women who are employed part-time face the choice between career and motherhood, it is encouraging to know that two-thirds of interviewees (76.54%) are permanently employed. The picture is also rosier when it comes to journalists’ education. The results indicate that most journalists have obtained a high level of education. Seventy-three percent hold a university degree, while the remainder have a high school diploma at the least. Still, journalists’ salaries do not reflect the notion that high education is adequately valued. The largest number of interviewees (23.85%) working in editorial positions and/or in the publicly-owned media make a salary that exceeds 50,000 dinars a month (which is more than the average Serbian salary, equaling approximately €150-400 per month). Half of all interviewees (50.15%) have salaries lower or equal to the average salary in the country.

According to journalists themselves, the greatest challenges to the industry  are low-quality journalism, the prevalence of sensationalism and tabloid journalism (22.13%), while almost one-fifth (17.23%) believe that the largest problem facing the media is a poor economic position aggravated by the global economic crisis.

With this in mind, what is the best way for journalists in Serbia to face the challenges of new media which, according to many theorists, threaten to replace traditional journalism? This study indicates that journalistic professionals do not see such a grim picture. Instead, they are optimistic. Serbian journalists essentially agree that technological changes are not profound and that they will not have a decisive influence on the future of the profession.

» Digital News, Media and Politics » Profession at the Crossroads