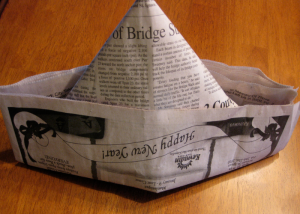 Let me take you back to 3rd December 2013: Alan Rusbridger, editor-in-chief of The Guardian, testifies before the House of Commons’ Home Affairs Committee. It was to become a tense 78-minute interrogation on his newspaper’s decision to release top-secret NSA documents leaked by whistleblower Edward Snowden.

Rusbridger spoke in a low voice. Although muddled at times, his message was crystal clear: The Guardian’s journalists had scrupulously checked the confidential material that they had been given by Snowden. They had blacked out all names in the documents, and had sought advice from experts. Only after these precautions did the paper publish the stories – not against democracy, but to promote it. In a democratic country with freedom of the press, journalists have an obligation to reveal such sinister practices for the sake of public interest, he said. The Committee interrogators did not present any convincing counter-arguments.

At that time, two years ago, the Guardian published numerous investigative reports. This greatly benefitted the paper’s reputation. In the year of the Edward Snowden revelations, British people considered The Guardian to be ‘the most trustworthy, accurate and reliable newspaper in the UK.’

That’s the good news. The not-so-good news is: even The Guardian is losing readers. The paper as well as its website are operating at a loss, and increasingly so. The achievements of The Guardian’s journalists are possible only because the newspaper’s owner – the Scott Trust Foundation – is chipping in about £50 million a year to support its feeble finances. Where else in the world does this occur?


Indeed, the wider picture of journalism in Europe is rather bleak: journalism in Western Europe is suffering from a ‘credibility crisis’. In this article, I present five theses about this phenomenon.

Thesis 1: A Decline in Research Capacity

What makes for credible journalism? Everyone knows the criteria, if only by intuition: it has to be independent, and requires persistent, professional and – in relation to the persons affected – responsible research. Credible journalism is not free. When publishers see their profits decline, they tighten their journalists’ purse strings. In Germany, nearly all newsrooms are cutting staff. At daily papers, far too few editors have to produce far too much output. Most of them cannot really account for what they publish, because they don’t know whether it is true or not. And that’s why they prefer to publish official versions.

Thesis 2: A Lack of Professionalism

This leads me to my second thesis, which is about professionalism in media organisations. In Germany there are many newsrooms, where the young editors in particular have little idea what journalistic research really means. They run a Google search, click the first five results and call it ‘research’. Verification of sources, active search for informants, or investigative interrogation, has become the rare exception. Many newsrooms just publish whatever marketing agencies or political and corporate spin-doctors provide. They don’t even realise they are doing public relations instead of journalism. The more intelligent sections of the readership or audience do notice, however. They don’t take this kind of journalism seriously any more – and the downward spiral accelerates.

Thesis 3: The Race for Advertising Income

Now I come to my third thesis, which is about the media industry. Consider the online media. They have given away all their journalistic content for free. Consequently, they need ‘reach’ to generate more income from advertising. They are driven by high numbers of clicks, page views, and unique content. Competing for readers’ attention, everyone tries to be faster and flashier than the others. Epitomes of this development are Buzzfeed, and, in Germany, the blog heftig.de. Crassly presented, irrelevant ‘sensations’ are published with the sole intention of making users click. Subsequently, profile data can be collected and sold to advertising companies. This trend is spreading to journalism as well. Many news sites with a wide reach publish trivial news items and pretend that it’s journalism. We are producing a new generation of people who believe that journalism is about nothing else but generating cool nonfictional entertainment.

Thesis 4: Too Much Opinion; Too Little Fact

This is where my fourth thesis resumes. It is about elite media, the so-called opinion leaders. Major quality media outlets realise that they are failing to reach a younger audience. Well-educated young adults in particular seek out news for themselves via Facebook, Google, or other aggregators. In my opinion it’s tragic that the leading media are drawing the wrong conclusions from these trends.

It does not matter whether you pick up the Bild-Zeitung, Der Spiegel, the Frankfurter Allgemeine, the Sueddeutsche, or one of the regional newspapers: whatever happens in the word is immediately wrapped up in thrilling opinions about what might have caused it. Obviously, editors-in-chief feel they instantly have to come up with interpretations and opinions concerning current events, even when facts are still unclear or contradictive. Some well-known examples are the Ukraine crisis, the Germanwings disaster, the Iran conflict and, most recently, the refugee influx with the New German Expression Willkommenskultur.

Apparently, many newsroom teams have forgotten their core principle, which holds that “comment is free, but facts are sacred”. And first you have to know the facts… By the way, it was Charles Prestwich Scott, The Guardian’s famous editor-in-chief from the 19th century, who coined this phrase. The trust that finances The Guardian today, is named after him.

In our days many people distrust the media because they do not get enough neutral information, and instead get to read too much comment and opinion. Those who hold completely different political opinions than the elite journalists, are particularly annoyed.

Far too often, all major news outlets publish more or less identical interpretations of what they find politically, economically, and culturally desirable. They reinforce one another. Whether in choice of topics, in headlines, editorials and expert interviews, in talk show discussions or focal point TV-broadcasts – you always find nearly the same, mainstream material. This has to do with the German political culture.

Not for the first time, Germany is ruled by a grand coalition. Lines between left-wing liberal and right-wing conservative positions are blurred; debate about basic political principles is missing. As a consequence, for the marginalised groups the mainstream media’s view seems arrogant – in particular for those who perceive themselves as losers in the process of social change. Mainstream media do not discuss or reflect their needs, sorrows, and fears.

By now, the rift between the self-righteous mainstream and marginal groups of society has become wide and deep. For many, mainstream media have become merely a mouthpiece of ‘the system’ – and that’s why they call them Systemmedien and demonstrate against the Lügenpresse.

Volkswagen and Beyond: What do to with confused journalism?

One example I’d like to briefly mention before I finish is the Volkswagen (VW) group’s Dieselgate.

Since 2012, it was well known among automobile experts that there was something wrong with the exhaust emission values of VW diesel engines. In June 2014, the independent, Berlin-based eco-research institute International Council for Clean Transportation (ICCT) informed the German public that exhaust emission values of VW diesel engines grossly exceeded legal limits, and that authorities had been deceived. Towards the end of September 2014, 43 German media news sites published an article, based on the same press release. Spiegel online chose the rather harmless headline “Car companies cheat on emission tests” (Autobauer schummeln bei Angabe von Abgaswerten). And that was the end of it. Not a single media organisation or news agency took up the subject for investigation. Need you ask why these major media outlets simply ignored the subject? Not the facts, but German cars are sacred…

Ten months later, based on the ICCT-Data, US authorities took action against VW. Since then, leading German media outbid each other with witty comments about the big disaster of German engineering skills.

I wonder: How would The Guardian have handled a situation like this, had it happened in Great Britain? I am concerned, because British colleagues told me they believe The Guardian‘s credibility is also declining.

What shall we do with this confused journalism?

Michael Haller is the head of the Research Department at the Hamburg Media Schoool (HMS) and member of the scientific board of the European Institute for Journalism and Communication Research (EIJC) in Leipzig. Until his retirement end of 2010, he held the Chair in Journalism at the University of Leipzig, where he reformed, in 1993, the Degree of journalism. His research priorities are the quality of media (focus on print media and online), journalistic methods and media ethics. Before joining the University of Leipzig, Michael Haller spent 25 years working as a reporter and editor in senior positions in various press media in the German speaking market (esp. Basler Zeitung, Der Spiegel, Die Zeit). He is author of numerous scientific publications on journalism and media change, and sits on several advisory boards concerning journalist training in the German-speaking world.
» Digital News, Ethics and Quality » Who To Believe? European Media’s Credibility...