Does Economic Reporting Influence The Economy? 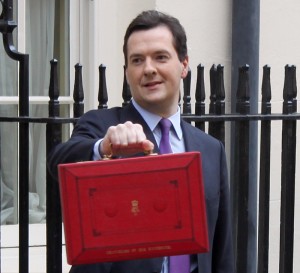 George Osborne in the news on Budget Day

Bad news about the economy can often boost public spending and corporate investment, rather than decrease it, according to recent research. The study reveals that economic reporting rarely influences economic development but when it does, its impact can be unexpected.

Economic News, Sentiment and Behaviour, examined the real-world economic situation, economic news and economic expectations of private individuals and companies. Based on time series data from Germany and Switzerland between 2002 and 2011, my study questioned whether we take decisions based on what we learn from the media and whether economic reporting accurately describes the world economy.

Do we make decisions based on what we learn from the media?

Economic reporting does not directly affect economic behaviour, but it can affect the way people feel about the economy.

For example, news about the economy does not affect consumers’ intention to purchase major items. An individual’s personal finances are not considered to be affected by a downturn, and there seems to be no relationship between individual spending and national economic expectations.

Bad news about the economy can even encourage spending, because a downturn is considered a good time to make major purchases.

On this basis, negative economic news cannot cause a decrease in consumption, or even a recession, as long as personal finances are unaffected.

The study showed that companies also play into this scenario. Businesses may presume that bad economic news will make consumers more cautious and so they will spend more on advertising. If this persuades consumers to spend more, this could, in turn, balance out any presumed effects of bad news.

Economic news is only partly responsible for public economic sentiment—and can only partly and indirectly influence the public’s economic behaviour, the study concludes.

In contrast, if experts or companies develop expectations of the public’s economic behaviour, economic news can translate into entrepreneurial decisions, but rarely into private economic decisions.

How does economic news impact what we know about the world?

The public – and economic experts – are more likely to use information gathered from their daily, professional lives to develop economic sentiment, rather than from the news.

News is only one source of economic information among many.  Yet there are “news effects” in economically insecure times. The news indicates whether an economic situation could cause a social problem.  Thus, economic news does not have the power to shift public economic expectations without the support of real-world experiences.

The study revealed that increasing levels of reporting in insecure times can alarm people about economic recessions and reinforce the idea that their country is facing a huge problem.

Yet I also found that the tone, content and volume of economic news reports are diverse, and therefore these reports are more volatile than aggregate economic indicators.

Unemployment news is closely-related to actual unemployment numbers, but reporting on the general economy fluctuates compared with the real state of the economy. This is especially the case during periods of economic stability.

Reporting on the economy was found to be generally similar across news outlets, until the start of the 2008 financial crisis.  After the start of the crisis reporting differed between outlets.

Public service broadcasters, such as ARD, or ZDF published more economic stories after the start of the financial crisis, and their tone became more negative.

However, during the same period, Germany’s most popular tabloid newspaper decreased its reporting on economic and business issues. When it did report on these topics its tone was more positive than it had been before the start of the crisis.

The research included business news content data of major German and Swiss news outlets and consumer survey data from the European Commission. It also included economic expert survey data from the Centre for Economic Studies in Munich and data from the statistical offices of the countries studied. The data are measured quarterly or monthly and therefore include changes over time.

Source: This article is based on Lischka, J. A. (2016). Economic news, sentiment, and behavior: How economic and business news affects the economy. Springer Science and Business Media.

Dr Juliane A. Lischka is a postdoc at the Institute of Mass Communication and Media Research, University of Zurich, Switzerland. She holds a Ph.D. in Media and Mass Communication Studies from the University of Zurich. She was a visiting scholar at the Reuters Institute for the Study of Journalism, University of Oxford, UK, and the School of Journalism, Media and Cultural Studies, Cardiff University, UK. Her research focuses on media effects, media management, and digital journalism.
» Media and Politics » Does Economic Reporting Influence The Economy?