Many Roads to Power – Building a Career in Journalism 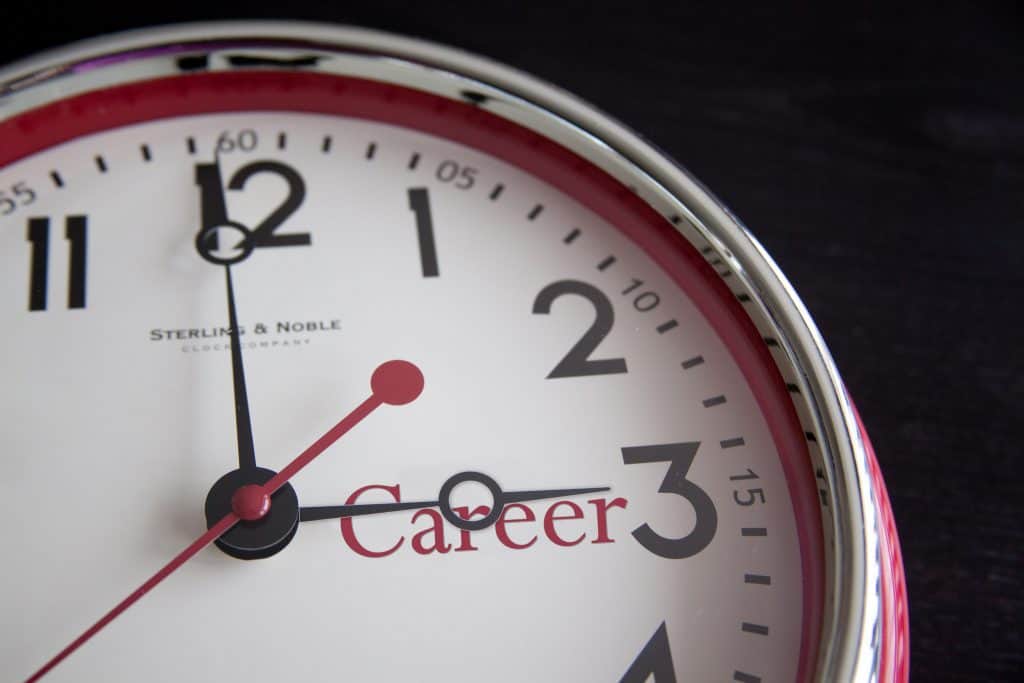 Building a career in journalism has never been easy. The same goes for giving advice on the matter. While it’s difficult enough to answer the obvious questions – such as which degree, experiences and training one should have – there are many other pressing questions no one ever talks about in journalism school.

Mostly, these are questions about power dynamics and life choices. Having spent more than 20 years in newsrooms, 15 of them in leadership positions, here are my ten lessons and pieces of advice for journalists eager to get ahead in their careers.

A Career Plan Can Be Helpful But Is Not Necessary

First of all, pursue a career plan if that helps you, but remain open for opportunities. Many journalists start their career with a dream of what they want to achieve in mind but often they are struggling to turn this idea into a plan. Then things happen. Keeping an open mind  for unexpected twists and turns can help a lot, especially nowadays where new job titles and roles are born by the hour.

You might have an inkling about some of your talents at the beginning, but most likely you will be surprised along the way: The reporter who always wanted to be China correspondent finds fulfilment in managing people in the newsroom, the aspiring investigative reporter discovers new pride in heading the audience engagement team, the former editor-in-chief thrives as a reporter in Tel Aviv. The great thing about journalism is that roles and opportunities for role changes are plentiful. You might as well make use of it.

Second, in the beginning, don’t say no. Then learn how to say no. In the early stages of a career this is a no-brainer: If you are asked to do something, go for it. Seize opportunities for learning, experience and personal growth, even if they don’t seem to be an obvious fit. Very often you don’t have a choice anyway.

As you are moving up the ladder, you’ll get a greater say in the tasks you would like to tackle but always try to second-guess yourself when you are inclined to say no. This is particularly important when you are asked for public appearances. Many journalists don’t see why they should be on panels, give keynotes, or engage in other speaking opportunities. They feel that this is not their job, but it should be. Turning oneself into a brand is becoming more important these days. If you want to be seen, step out, even if it means stepping out of your comfort zone. Particularly for introverts, public speaking can be a good way to build up a network and cultivate contacts in the field. If engaging in small talk gives you anxiety attacks, delivering a carefully crafted speech might be the lesser evil.

Later in your career, however, you should learn to say no more often. You should pick the things you want to do, not the things others want you to do. And if you feel that you don’t want to be a brand after all, just leave it. Some of the best leaders are no brands and never will be.

Don’t Chase A Career, Built It

Third, don’t chase a career, build it. At times you might get confused by all the advice given to you. Obviously, you are supposed to be a great reporter, but skills in shooting  films with your smartphone will also come in handy, you are being told. These days you are supposed to train for podcasting, learn how to chair a panel or excel in public speaking. You should definitely try out quite a few things over time because you can never know which talents you might have. This holds true for leadership skills as well. How would you know that you are gifted at managing people at the beginning of your career when all you have managed up to this point was a WhatsApp group?

Yet, don’t let yourself get confused and overwhelmed. Focus on what you are really good at and let others do the things you will never get around to mastering brilliantly. Journalism, similarly to most other professions, is full of fads. Today’s trend will be tomorrow’s justification for making you redundant. Excel in contributing to great journalism – no matter if it’s editing, writing, investigating, data analytics or people management. Your talents and strengths will be needed.

Be Aware Of Power Dynamics

Fourth, good and hard work is often not enough. Sometimes it’s all about strategy. One major trap – in particular for talented people – is that they overestimate their skills, knowledge and hard work and underestimate power dynamics. They might be brilliant in every assignment given to them but still fail to get ahead. Very often this happens because they make themselves so indispensable in their current job that nobody is interested in promoting them. Why should a leader want to get rid of an exceptional employee who gets every problem out of the way before it even brushes their attention? A great team reflects positively on a boss, so why would she or he want to change that?

One strategy to break out of these dynamics is to befriend and impress someone who is one level above your current manager or in a different department entirely. Another option is to go shopping for jobs outside of your own company. If you want to get ahead, don’t just impress your leaders, make yourself and your talents visible to others.

Find The Right Balance Between Teamwork And Self-Promotion

Fifth, trust in the power of teams, but make sure you are seen. Don’t ever think you are better off going it alone. People with different strengths complement each other (if they choose to do so) and sometimes even your news organisation is too small to handle big challenges – just think about huge investigative projects like the Panama Papers. That being said, it is still important to highlight your own contributions in collaborative efforts, because if you won’t, others will emphasise theirs.

Especially for women, this is important. There is evidence that while men benefit from teamwork, women don’t profit in the same way. It’s the sad reality of stereotypes that still pervade our perceptions of achievement – and they are held by men and women alike. Then again you can do something to counter them: Highlight your (female) colleagues’ achievements, talk good about them. This will reflect positively on them – and on you.

Don’t Sacrifice Everything For The Company

Sixth, don’t ever sacrifice matters of your heart for a company. You want to have a family, travel the world, get that PhD? Don’t even think about not doing it because you think this will make your boss, department or company unhappy. In the end,it is your life, and in the long run nobody will appreciate your sacrifice. You might get applause now, but inevitably there will be a time in your career when your company feels you have become too expensive, too demanding, or that your talents are no longer needed quite that much.

It is true, everybody sacrifices a few dreams along the way, but don’t do it just because of a boss  who would replace you in a matter of days if it came down to it. You would be the one with regrets, while he or she would move on.

This seventh point might seem obvious. Yet people take pride in never taking a lunch break, others miss their children’s first day of school. Some do this because they think this is the way it is done or because they need to feel indispensable. Others, because they are convinced this is the best way to impress their bosses and get ahead in their careers. All of them should know: This is no strategy for the long term. Combine too much work with too little sleep, no exercise and bad nutrition and your productivity will suffer. Too many conflicting pressures at home and in the office, or too much loneliness, can result in burnout or substance abuse.

None of this improves any career. In particular, if you have small children, learn to skip evening events. If someone tells you about all these investigations that originated late at night at hotel bars, just smile knowingly. Bastian Obermayer, who won the Pulitzer for discovering the Panama Papers, was approached by his source when he was at home changing the sheets because his wife and children were sick. He had earned trust before. The bar is overestimated.

No Clear Path To The Top

Eighth, power has many faces. The good news is: As a journalist, you don’t have to be editor in chief to be highly influential. You can also be powerful by writing compelling stories, breaking big investigations or by writing sharp comments which influence decision makers. But if your overriding goal is to be editor in chief one day, it is hard to tell if it is better to stick with one company and work your way up the hierarchy, or if frequent changes of employers are the better career boosters. If you are a man, that is.

If you are a woman, the evidence is compelling, at least from a cross-industry perspective. Women are much more likely to be promoted to a top job and stay there successfully if they pursue their careers within one company where they are known for their strengths. That doesn’t mean women shouldn’t change positions. If your goal is making your way up in the  hierarchy, you might be better off staying, but if it is richness of experience (and a few salary hikes), go for the change. You might not make it to the very top – but who will anyway?

Ninth, don’t sacrifice your ethical standards for a boss. Ethics and journalism should be inseparable. At the beginning of their careers, many journalists are still idealists. They will contradict their bosses, speak up and risk being fired for it – because they don’t have much to lose yet. Later in their career, some people  are much more tempted to give in to pressure from their boss or colleagues. They cannot risk endangering their jobs because of financial commitments, or they are weary of fighting.

You shouldn’t make this mistake. To borrow an example from another industry: Just think about the Volkswagen manager in the emission scandal who told the American judges he lied because his company made him. He was sentenced to seven years in prison. And then Volkswagen fired him. Their lawyers knew they would get away with it. He was in jail, after all.

Tenth, don’t follow every piece of advice. Listen to others who are experienced. Then do what you love, what you believe is important and what feeds you or your family – and see where that takes you.

If you liked this story, you may also be interested in A Brief Guide to Newsroom Innovation.

Alexandra Borchardt is Director of Leadership Programmes at the Reuters Institute for the Study of Journalism at the University of Oxford. There she developed and leads courses such as the “Oxford Perspectives” series aimed at senior journalists and media managers. Prior to this she was the managing editor of Süddeutsche Zeitung (SZ), Germany’s leading quality daily. Alexandra teaches “Leadership and Strategy in the 21st Century” at TU Munich, gives lectures and talks on digitisation and the media, and writes commentaries for outlets such as Project Syndicate and NewsMavens. She is the author of the book "Mensch 4.0 – Frei bleiben in einer digitalen Welt" (Freedom in a digital world). She serves as vice chair of the Council of Europe's Committee of Experts on Quality Journalism in the Digital Age.
» Specialist Journalism » Many Roads to Power – Building...