Jordan: Coronavirus and the media 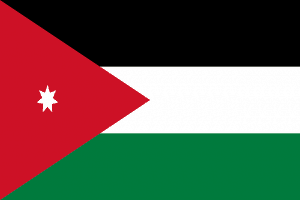 Jordan’s first case of Covid-19 was reported on 2 March. On 17 March, King Abdullah II issued a decree granting the Jordanian government sweeping powers in an effort to prevent the further spread of coronavirus. Announcing the activation of the National Defence Law, Prime Minister Omar Razzaz said that the law would be exercised “at a minimal level” and that the right of expression was guaranteed. However, he added that the government would deal “firmly” with the issue of “spreading rumours and false news”.

A state of emergency was declared on 19 March and a curfew was imposed on 20 March. Among the measures announced as part of the lockdown were an order that people should remain in their homes, the tightening up of border controls and the conversion of Dead Sea resort hotels into quarantine facilities. The government also announced that in order to minimise the transmission of infection, paper newspapers would no longer be printed, but would be delivered electronically to subscribers in PDF format.

As of 29 April, 451 cases of Covid-19 and eight deaths arising from the disease had been confirmed.

Coverage in the Jordanian media at first focused on the global spread of the virus, with occasional reports on Jordan’s state of preparedness for the potential arrival of the disease in the country. As soon the first case of Covid-19 in Jordan had been announced, the focus shifted to the domestic situation. The government began to hold daily press conferences at which it gave updates on the latest figures (number of confirmed cases, tests, recovered patients) and announced the latest decisions, decrees and measures.

From the beginning of the crisis, the Jordanian media have taken their cue from the official announcements setting out government policy. The government has kept up a flow of information disseminated via the mainstream media, both state-sponsored and private, as well as via social media. News media have relayed information relating to health risks and official advice to the people.

The main focus of news reporting has been government policies and the precautionary measures put in place. Some independent media outlets such as Amman net and 7iber have looked at the impact of the crisis on the more vulnerable sectors of society and have told the stories of ordinary working people. For example, 7iber carried a story about the effect of the lockdown on casual labourers, who are paid on a daily basis and have no guaranteed regular income or job security.

A day after the privately owned Roya TV carried a news report featuring a young man who complained that the lockdown meant he could no longer work and feed his family, the general manager and the news director of the channel were arrested. They were released on bail after the channel issued a statement saying that it supported and had faith in the government’s efforts to fight coronavirus. The arrests attracted the attention of the Committee to Protect Journalists. 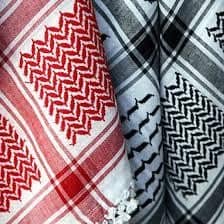 Remarks by Jordan’s health minister triggered an online debate over whether a traditional head-covering could be an effective alternative to a face-mask.

The Jordanian social media space has been a rich source of information as well as of misinformation and conspiracy theories. Health Minister Saad Jaber came in for severe criticism after he told Jordan Television in February that the traditional head covering or keffiyeh is as effective as a medical face mask – then in very short supply – in preventing the spread of Covid-19. Jaber subsequently apologized for being the source of this particular piece of misinformation.

While many social media users play a part in the dissemination of misinformation and conspiracy theories, others fulfil a more useful role by pointing their followers in the direction of reliable sources of news. They have also been known to call out racist and religiously insensitive comments posted by some of their fellow users.

There are also a few initiatives aimed at countering misinformation. These include Fatayyano.net – a youth-led fact-checking platform that is a signatory to the International Fact-Checking Network (IFCN) – and the Jordanian Media Credibility Monitor (AKEED).

Abeer Al-Najjar is an Associate Professor of the Department of Mass Communication, American University of Sharjah. She holds a PhD in International Journalism from Edinburgh University. Her research interests include Arab journalism, research methods in mass communication, crisis and conflict communication, political communication, social media and popular culture.
» Ethics and Quality, Media and Politics, Press Freedom, Recent » Jordan: Coronavirus and the media