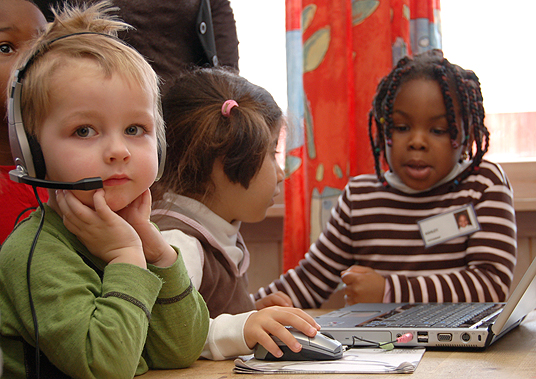 European digital-born news media are firmly rooted in journalism, rather than technology or finance, and are subject to similar funding and distribution challenges as their legacy competitors. They are most successful in countries with weaker legacy news media and many are established to primarily to produce quality journalism or to have a social impact.

These findings are based on interviews with senior editorial and business staff at 12 European digital-born news media organisations across four different European markets: France, Germany, Spain, and the UK. The organisations covered include a mixture of domestic for-profit, domestic non-profit, and international players.

The report, Digital-born news media in Europe, by the Reuters Institute for the Study of Journalism, had four key findings:

1. European digital-born news media are clearly rooted in the profession of journalism. The organisations covered in our research were generally launched by journalists, with experience of legacy media, rather than businesspeople or technologists (and generally operating without the kind of major investment that has fuelled the expansion of some US-based international brands). Producing quality journalism or having social impact are more prominent goals than delivering digital innovation or building lucrative new media businesses.

2. Digital-born news media are generally more prominent in Spain and France, with relatively weak legacy news media, than in Germany and the UK where legacy media remain strong. In every market, they are significantly smaller in terms of reach, revenue, and editorial resources than major legacy news media. New journalistic ventures seem to have found the most success where old ones are weak, rather than where digital media are most widely used or where the online advertising market is most developed.

3. While different in some important ways, we find that European digital-born news media organisations are similar in many respects to legacy media. Some interesting journalism is being done, but the cases covered are generally not necessarily more innovative than leading legacy media in terms of their funding models, distribution strategies, or editorial priorities. This reflects their focus on journalism over business and technology.

4. Digital-born and legacy news media face very similar challenges online, especially around funding and distribution. In terms of funding, the online advertising market remains difficult for all content producers and progress with signing up subscribers is generally gradual. As a result, digital-born organisations are trying many of the same approaches – video, native advertising, various pay models, and commercial diversification – as their legacy counterparts. Firm figures are hard to come by, but the available evidence suggests most digital-born media are at best financially stable and not highly profitable.

In terms of distribution, the shift from a direct relation between producer and users to one increasingly intermediated by search engines and social media represents the same combination of challenges and opportunities to digital-born news media as for legacy media.

An ad-supported model is most prevalent amongst more established and older digital players who are aiming for wide reach, while newer digital-born news media have generally opted for a subscription-supported or donation-supported model and aim to serve more niche markets. All operate on a lower cost base than most legacy media, with smaller newsrooms, leaner organisations, and lower distribution costs.

In terms of distribution strategies, most of the organisations we look at are still in large part built around a website, whether for monetisation through advertising, subscriptions, or donations. All are working to leverage search engines and social media for wider reach and for promoting their journalism, but are also conscious of the risks of becoming too dependent on external platforms who may change their priorities over time. Several organisations highlighted the valuable role of email as a non-intermediated channel to communicate directly with readers.

Digital-born news media have different editorial priorities, but all seek to offer distinctive voices. Even the biggest of the organisations studied does not seek to replicate the full range of content of a print newspaper. While the bigger French and Spanish cases most closely approximate an online newspaper, they remain selective about the scope of their coverage. Other organisations focus more tightly on particular niches such as investigative journalism, where they feel they can bring a distinctive contribution. Social impact is a common aim, which is also in line with the campaigning tradition of many newspapers.

We find varying attitudes to legacy media amongst these digital-born news media. Some see themselves as competitors, others as supplements to industry incumbents, while the specialist investigative journalism organisations are happy to work in partnership with legacy media to break stories.

The full report is available here