India: Coronavirus and the media

May 7, 2020 • Ethics and Quality, Media and Politics, Recent • by Suruchi Mazumdar 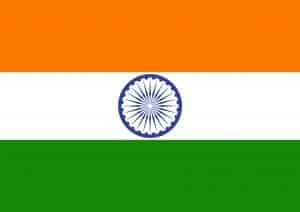 Since Prime Minister Narendra Modi’s right-wing conservative Bharatiya Janata Party (BJP) first came to power in 2014, the Indian media have been largely subservient and have refrained from criticising the government’s controversial policies. This trend has continued – with a few notable exceptions – in the mainstream news media’s response to the coronavirus crisis.

India has more than 118,000 registered print publications, nearly 900 private satellite TV channels and a plethora of websites in different languages owned by individuals, political parties and groups with complex corporate-political ties. The BJP, with its overtly capitalist agenda, has become the political grouping favoured by the country’s growing middle class and corporate media owners. While the party’s electoral appeal initially derived from its promises of economic development, Hindu nationalism soon became a much more prominent element of its agenda. The impact of this shift can be seen clearly in the current crisis: as coronavirus news coverage peaked from late March onwards, both mainstream news outlets and those expressing opinions on social media platforms such as Twitter followed the BJP’s lead in wholeheartedly embracing nationalistic sentiments and disseminating misinformation creating the impression that India’s Muslim minority was directly responsible for the spread of coronavirus in the country.

Not yet a big story

The arrival of the virus in India – the first case was reported on 30 January in the southern state of Kerala – at first made little impact on the news agenda. It was overshadowed by what then seemed to be much more newsworthy events: ongoing protests against a controversial new law on migrants that critics say is part of the BJP’s agenda to marginalise Muslims, state elections in the national capital New Delhi, large-scale anti-Muslim violence in New Delhi and US President Donald Trump’s upcoming visit to India. Media coverage of the coronavirus at this time was largely focused on overseas Indians affected by the disease or on Indian returnees from China.

On 31 January, the English-language daily The Hindu carried a Reuters report about the WHO declaring the coronavirus outbreak to be a “global health emergency”. However, only a few days later, on 4 February, the New Delhi edition of India’s largest-selling English daily, The Times of India (TOI), quoted the Kerala state government as saying – in response to the confirmation of a third case – that the disease was a “state-specific disaster”, thus downplaying its potential threat to the rest of the country.

Though the virus was not treated as a big story until March, in February the BJP ran misinformation campaigns on Twitter extolling the benefits of cow dung and cow urine – the cow is a Hindu religious symbol – against the disease. The number of infections began to climb steeply in mid-March, at which point media coverage increased markedly. It also took on a nationalist tone. On 23 March, a day after Modi called for a day-long “people’s curfew”, both TOI and the Indian Express, another English language daily, dedicated front page reports to how people had spontaneously responded to the call by staying indoors.

On 25 March, TOI highlighted the prime minister’s use in his speech of an image from Hindu mythology – the “lakshman rekha”, meaning a border that cannot be crossed – to emphasise the importance of social distancing. The following day, the Indian Express referred to Modi’s comparison of India’s fight against the virus with the Mahabharata, a momentous battle in Hindu mythology. The state broadcaster Doordarshan telecast reruns of old television shows depicting the Hindu epics Ramayana and Mahabharata.

Before abruptly announcing a three-week nation-wide lockdown on 24 March, the prime minister personally requested owners and editors of mainstream print and broadcast media to disseminate only positive news. The government also kept the public in the dark over the availability of testing kits and medical equipment by reducing the length of daily press briefings and preventing journalists from asking questions. Leading publications instead focused on the combined efforts of the central and state governments to help ordinary citizens and the disadvantaged. TOI routinely carried stories about the charity work being done by individuals and NGOs (the “good samaritans”).

The sudden lockdown deprived badly paid daily wage workers in the big cities of any means of sustenance and triggered a mass exodus of these labourers back to their home towns and villages. Leading dailies such as TOI and the Indian Express described the precarious situation of these migrant workers as a “humanitarian crisis” and warned of the threat of infection represented by such a mass movement of people. However, they stopped short of blaming the central government for their plight. On 26 March, the Indian Express gave details of the government’s economic aid package for the unregulated sector (known in India as the “unorganised sector”), daily wage workers, small and medium size enterprises. TOI published images showing the police abusing migrant workers for failing to observe the lockdown – such images had already circulated on social media – but held individual officers responsible for this misdemeanour.

From Sinophobia to Islamophobia

At the beginning of the crisis, Sinophobic sentiments were occasionally expressed in the mainstream media. On 1 February, the Mumbai edition of the Indian Express quoted a news item published by the party press of the right-wing regional identity-based party Shiv Sena – part of the ruling coalition in the state of Maharashtra – as saying that the new virus may have emerged out of China’s “efforts to produce biological weapons of mass destruction”. Hindi-language news channels such as Aaj Tak and India TV, known for their Hindu nationalist programming, ran #chinakosazado (punish China) stickers on their programmes. (China and India are still embroiled in long-running border disputes, despite Chinese companies’ growing investment in Indian tech and other sectors.)

Following the surge of Covid-19 cases in the second half of March, some English and Indian language media pointed the finger of blame at the Muslim population. They did this after some attendees at a Muslim religious event held in early March turned out to be coronavirus carriers. On 5 April, the Hindi language daily Dainik Jagran, known to have championed Hindu nationalist political sentiments in the past, said that those attending the Muslim religious gathering had acted in an “anti-social” way. The paper called on the authorities to take legal action against anyone violating the lockdown. India Today, a weekly English language news magazine, described the Muslim religious congregation as a “super-spreader of coronavirus in India”, even though it acknowledged that the event had taken place before the lockdown and that numerous other religious gatherings had been held during the same period. The English-language pro-BJP television news channel Republic TV ran several highly biased programmes that accused the Muslim attendees of going into hiding and harming the wider community. A number of xenophobic hashtags created by the BJP’s IT unit appeared on Twitter. Local media in Bangalore, the capital of the southern state of Karnataka, followed a similar trend: publications such as Vijay Karnataka accused Muslims of infringing social distancing norms by praying in mosques and thus spreading infection in the state.

Violations of media freedom became much more frequent after the BJP came to power in 2014. These took the form of cuts in government advertising, loss of jobs and blighted careers for dissenting journalists and editors, legal threats and tax investigations against erring media outlets, and even attacks on and killings of journalists.

Police in the northern state of Uttar Pradesh, where the BJP is in power in the state government, initiated legal proceedings against the editor of the digital news platform The Wire after he allegedly claimed on Twitter that the state’s chief minister had attended a Hindu religious ceremony and insisted on going ahead with a Hindu festival during the national lockdown. The health authorities in the northern Kashmir valley issued a memo threatening healthcare officials with disciplinary action if they made any comments on social media criticising the government’s efforts to control the pandemic. The Indian government revoked Kashmir’s semi-autonomous status last year and exercises strict control over access to the internet and mobile phone networks.

A few days into the lockdown, the Indian Express carried cautious criticism of the central government, highlighting the shortcomings of the aid package and the inadequate relief allocated to the poorer sectors of society. On 28 March, the paper said there had been “glaring gaps” in the implementation of the sudden 21-day lockdown. The English-language daily The Telegraph (published from the eastern city of Kolkata), the English-language magazine Caravan and some news websites are among the few media outlets that have carried reports critical of the government. The Telegraph quoted leaders of the political opposition as criticising the central government’s “inadequate” preparations, the impact of the lockdown on the poor, India’s export of medical equipment despite the shortage in the country and Modi’s attempts to politicise a health crisis. The English and Hindi news channels of NDTV, known for its government-critical reporting, broadcast programmes covering similar topics and criticised the whipping up of hatred against Muslims, lower caste groups and essential medical staff.

India’s media economy, especially the print sector, has been hit by a drop in newspaper circulation caused by the impact of the sudden nationwide lockdown on printing and distribution and fears that the virus could be spread via newsprint. All major publications responded to these fears with media campaigns underlining the safety of newsprint. These campaigns also highlighted the credibility of newspapers compared to the misinformation circulating on social media. Media owners responded to the drop in circulation by slashing employees’ salaries, laying off staff and switching to digital editions.

Suruchi Mazumdar is an assistant professor at O.P. Jindal Global University in the Indian state of Haryana. Her main research interests are media and political systems, journalistic professionalism in India and the globalisation of Chinese digital media.
» Ethics and Quality, Media and Politics, Recent » India: Coronavirus and the media