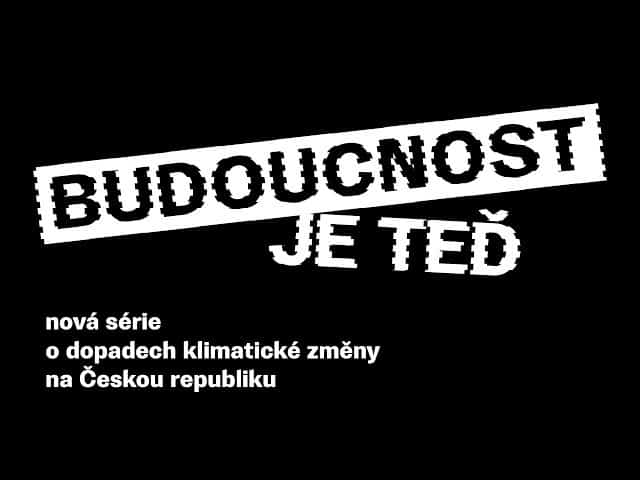 Alarm’s “The future is now” series looks at the effects of climate change.

“Budoucnost je teď!” (The future is now!) is the eye-grabbing name chosen by the independent Czech news website Alarm for its latest project financed by a successful crowdfunding campaign. In the last few years, this method of fundraising has become very popular in the Czech Republic, where it is often used to help launch independent media outlets or to get money to finance individual projects and cover specific topics.

For its latest venture, Alarm – a left-wing website with a focus on social issues – raised 266,000 Czech crowns (about 10,000 euros) to fund a series of articles assessing the impact of climate change in the Czech Republic and worldwide.

Alarm editor Ondřej Bělíček told EJO how two of the website’s reporters, Karolína Poláčková and Barbora Bakošová, spent months travelling round the country looking at the ways in which climate change is affecting the lives of ordinary people.

They and several other Alarm journalists wrote articles covering topics such as the increasingly arid state of the Czech countryside, with its forests devastated by bark beetle infestation, the reduction in livestock numbers because of a shortage of feed, and the lives of people in areas blighted by the coal mining industry. Most of the reports are illustrated with infographics, and some with short videos. 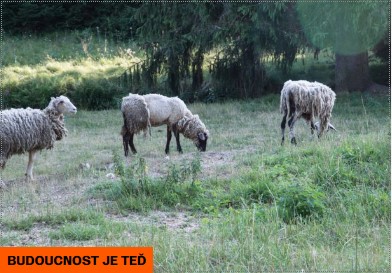 One focus of “The future is now” is the impact of increasingly arid conditions on livestock.

Several articles were published before the total target sum had been raised. “It’s important to offer people something in advance to prompt them to contribute,” Bělíček said. He noted that the first article in the series, “Pohled do propasti” (A glance into the abyss) by Vojtěch Pecka had been influential in this respect. “It sums up the impact of the climate crisis and is still proving to be popular with our readers,” Bělíček added.

This is not the first time that Alarm has experimented with a crowdfunding campaign. Its first foray into this field came in 2017, with the project “Hrdinové kapitalistické práce” (Heroes of capitalist labour), which raised 286,000 crowns (11,000 euros). For this series of articles, reporter Saša Uhlová went undercover and took on some of the worst paid jobs in the country, such as working in a poultry slaughterhouse or a hospital laundry. Uhlová’s articles describing the terrible working conditions in these areas of the economy made a strong impression and attracted the attention of the mainstream media – and not only in the Czech Republic.

“We then raised another 270,000 crowns (10,500 euros) for the project “Exekuce: Černé svědomí Česka” (Seizure of assets: the bad conscience of Czechia) which documents the situation of the thousands of Czechs trapped in debt. We already have some other ideas and topics in mind,” Bělíček told EJO.

Alarm is so far the only Czech media outlet to have raised money to fund the coverage of specific topics. However, crowdfunding campaigns have been used to launch new media outlets or develop existing ones. This was the case with the online TV platform DVTV, which specialises in video interviews with politicians and other public figures and raised 2.1 million crowns (81,300 euros) to launch in 2015.

Another project that was able to launch in the same year thanks to crowdfunding is the multimedia fashion platform Elegantní Česko (Elegant Czechia). The driving force behind this project, which succeeded in raising 200,000 crowns (7,700 euros) is Pavlína Kvapilová, who used to be head of new media at Czech Television. The creators of the project have far-reaching ambitions: they would like to launch their own TV channel and have so far received over 900,000 crowns (35,000 euros) in donations to help them realise this dream.

And in 2018, the print and web-based daily Deník N collected over 7 million crowns (270,000 euros) from future readers. The initiators of the venture needed to find at least 3,000 subscribers to enable them to launch a new daily. The idea behind the crowdfunding campaign was simple. “We reached these subscribers without investing a single penny. Our future authors published their articles on social networks. These came to the attention of potential donors via personal recommendations and social media,” Deník N’s director Ján Simkanič told EJO.

Subscribers remain a crucial source of funding for Deník N. It needs to sign up at least 25,000 regular subscribers to break even. “We’re aiming to reach this target in four to five years, which means five thousand new subscribers every year,” Simkanič said.

Crowdfunding campaigns that raise money for a specific project can be a way of achieving such goals. To attract new subscribers, Deník N raised money to publish two books written by its own reporters: “American Diary” (despatches from the United States) and “An ABC of Science” (a collection of accessible articles about science). Purchasers of these books qualify for a discounted-rate subscription.

The website Hlídací pes (Watchdog), run by the non-profit Institute of Independent Journalism, also publishes books by people who write for the site in order to attract the attention of potential donors.

“We publish books to show that we’re not just sitting there begging, but that we’re trying to provide something extra,” Ondřej Neumann, the Institute’s director, told EJO.

The Institute of Independent Journalism has already conducted two crowdfunding campaigns, which have raised over a million crowns (39,000 euros) in total. One of the books it has published, “Babiš. Vůdce pro 21. století” (Babiš. A leader for the 21st century) tells the story of the Czech prime minister – a highly controversial figure. “I think it’s good to use crowdfunding for a specific project,” Neumann said.

If you liked this story, you may also be interested in Crowdfunded Journalism and Climate Change Reporting.

Lucie Stuchlíková works as a political reporter for the channel Seznam Zprávy, where she presents “Sněmovní 4”, a current affairs programme about the Czech parliament. She is a graduate of the journalism department of Charles University, Prague.
» Media Economics, Recent » Crowdfunding campaigns give boost to independent...