Romania: Coronavirus and the media 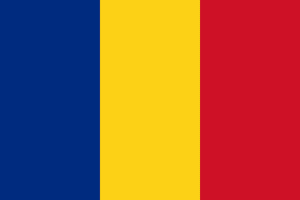 As the Covid-19 pandemic spread across Europe, many governments passed emergency legislation designed to help them manage the crisis. In Romania, the imposition of a state of emergency brought with it measures limiting freedom of speech and free access to information: practices such as content take-down, the blocking of online publications, criminal complaints and threats of legal action were used to intimidate the press. It remains to be seen whether these practices were just a one-off or if they will set a precedent.

On 16 March 2020, once the number of coronavirus infections in Romania had reached the 100 mark, President Klaus Iohannis declared a state of emergency. The first few paragraphs of the presidential decree underlined the extraordinary nature of the measures being introduced and emphasized that they were needed to allow the government to efficiently manage the crisis. One of the provisions was intended to counter the spread of pandemic-related “false information” online and allowed for the takedown of articles and entire websites.

The body put in charge of removing online content was the National Authority for Management and Regulation in Communications (ANCOM), the government agency that oversees the country’s communications infrastructure. It is ill equipped to deal with thorny issues such as disinformation, yet the “false information” provision did not allow for any kind of appeal to be made against ANCOM’s decisions.

As part of its efforts to counter misinformation, the government also launched a website, stirioficiale.ro, as a portal for the dissemination of all official communication relating to Covid-19. At first, this just carried press releases and official statements already published on the website of the Ministry of Internal Affairs and that of other ministries. It now also hosts a data section and carries useful advice on coronavirus-related topics.

It was not long before the government had to clarify ANCOM’s role in removing online content.  It announced that the communication authority would simply carry out the content take-down, acting on recommendations made by the Strategic Communication Group, a task force set up to manage the response to the crisis. The Strategic Communication Group sits within the Ministry of Internal Affairs – which has expertise in handling matters of security and control but no expertise in media matters – and was put in charge of policing what can be published online.

The ease with which these “extraordinary” measures were drafted and implemented raises serious concerns over the future of freedom of expression in Romania.

The statement of clarification issued by the Ministry of Internal Affairs noted that “the regulation does not concern media institutions recognised at the level of public opinion, who have a known identity and with whom the authorities are engaged in constant dialogue and cooperation”. This makes it clear that the authorities believe a press institution’s respectability is defined by the extent to which it cooperates with the state. They appear to forget that in a democratic society, media that take their role of holding power to account seriously are more likely to have an uncomfortable relationship with the state. To retain their credibility, watchdogs cannot allow their relationship with the authorities to become too cosy.

A further cause for concern is the fact that the names of the Group’s members are a closely guarded secret, though media watchdogs such as the Center for Independent Journalism and ActiveWatch, as well as mainstream media such as the daily Libertatea, have called for their names to be released.

The state of emergency decree also placed restrictions on requests for information, specifically by extending the deadline for the authorities to respond from 30 days to 60 days (for complex requests). At first, the authorities in individual counties were not allowed to publish information on the number of confirmed Covid-19 cases, the number of tests carried out or the state of health of infected persons in their area in March. However, after public pressure was brought to bear – including a petition signed by more than 150 journalists and 97 media organisations – local authorities began to release county-specific data again.

There have been cases in which a local authority used the provision relating to “misinforming the public” as a pretext to issue a criminal complaint against the creators of video footage highlighting the poor quality of protective equipment issued to health service personnel. Furthermore, one website was blocked by its service provider after a criminal complaint for defamation was made against it. In this case, the defamation complaint was unrelated to Covid-19 and no judgement had been reached, but the alacrity with which the service provider preemptively blocked the publication shows the ease with which content can be taken down without due process having been followed. The site in question has since been restored. Finally, a Secretary of State in the Ministry of Justice threatened to bring criminal charges against journalists who criticised her in connection with the state of the public health service, on the grounds that they were “spreading misinformation”.

By the time the state of emergency came to an end on 15 May, ANCOM had taken down 15 websites and had ordered two other websites to remove articles on the grounds that they disseminated false information. It sought to justify this action by claiming that such false information represented an immediate risk to the population. However, no explanation was given of how the risk is assessed and the decision-making process, like the make-up of the Strategic Communication Group, remained shrouded in secrecy. Examples of the kind of content that was taken down include reports on the imminent closure of all supermarkets and on violent attacks against ambulances, as well as content promoting alternative treatments for Covid-19.

Some of the blocked websites, such as OrtodoxINFO and genocide.ro, responded swiftly to the action against them and either continued publishing by transferring to other domains or mobilised their readers to take up their cause with President Iohannis and Prime Minister Ludovic Orban. Others did not respond but benefited from the publicity they received as a result of the takedown being widely reported by the mainstream media. Once the state of emergency was over, ANCOM officially restored all the blocked content. Almost all 15 sites taken down are now up and running again.

The ease with which these “extraordinary” measures were drafted and implemented raises serious concerns over the future of freedom of expression in Romania. Once dangerous precedents have been set, they can all too easily be regarded as valid future options. The spread of disinformation is undeniably a serious problem, both in the mainstream media and in niche publications, yet this experiment conducted by the Romanian state – in which a secret group operating within the Ministry of Internal Affairs and made up of unknown individuals decides on the validity and truth of information – has done little to solve this problem. It has, however, revealed how vulnerable our fundamental rights are under states of exception.

This is a slightly edited version of an article that first appeared on the website of the Romanian Center for Independent Journalism under the title “Are new forms of censorship taking form during the pandemic? The case of Romania”. Republished with the permission of the author.

Dumitrita Holdis is currently based in Bucharest, where she is a project manager for the Romanian Center for Independent Journalism (CJI). She specialises in media funding models and media policy, and occasionally makes podcasts on media-related topics.
» Censorship, Ethics and Quality, Media and Politics, Press Freedom, Recent » Romania: Coronavirus and the media