Mongolia: Coronavirus and the media 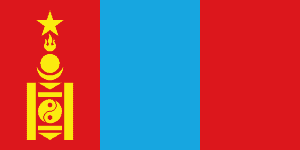 The Mongolian media’s coverage of the coronavirus crisis has been based almost exclusively on official sources, with critical analysis in short supply. Government warnings of legal action against anyone found guilty of disseminating disinformation have led journalists to adopt a cautious approach, resulting in self-censorship.

The Mongolian media, probably because of the country’s close proximity to China, began to pay attention to reports on the Covid-19 outbreak in Wuhan earlier than the media of most other countries. Already in the first week of January, online and print media outlets started to carry news about the “strain of pneumonia of unknown etiology” that had emerged in Wuhan. The media relayed precautionary messages issued by Mongolia’s Ministry of Health, which warned the population to limit any nonessential travel to China, avoid meat markets, wash hands with soap, wear face masks and – in the case of citizens suffering from respiratory conditions – to stay at home.

Around 20 January, as infections and death rates began to rise in Wuhan, statements issued by the Chinese Embassy in Mongolia, the World Health Organization and the Union of Mongolian Students in Wuhan prompted Mongolian media outlets to pay even more attention to what was happening in China’s Hubei province. At about that time, news about the coronavirus began to appear on the front pages of all daily newspapers, and news anchors of national broadcasters began to wear face masks during prime-time news bulletins and to urge members of the public to protect themselves and others from the infection by wearing masks. Towards the end of the month, Mongolia went onto high alert. On 27 January, schools and universities were closed, public gatherings were banned, the traditional Lunar New Year celebrations were cancelled and a domestic travel ban was put in place, restricting all movement in and out of the capital and main provincial centres.

The first case of Covid-19 in Mongolia was not confirmed until 10 March. However, coronavirus dominated the news agenda in the country from the second half of January. From 24 January, the Ministry of Health and the National Center for Communicable Diseases held a daily morning press conference (even at weekends) at which it gave updates on the Covid-19 situation. This press conference became the main event of the day for journalists, with all newsroom schedules revolving around it.

All media outlets based their news coverage of the coronavirus crisis entirely on information obtained from official sources. For more than three months, news bulletins contained nothing but the numbers of confirmed domestic cases and government efforts to stem the outbreak, plus the rates of infection and fatalities in other countries, and the measures taken by their governments to combat the virus.

Feature stories, extensive investigations, exercises in data journalism and critical analyses of other areas of public life affected by Covid-19 were notable by their absence, with the exception of a few articles considering the impact of the lockdown on the national economy.

The failure to look beyond official sources – such as the Ministry of Health, the National Emergency Commission, National Center for Communicable Diseases and the World Health Organisation – could perhaps be attributed to journalists’ lack of experience in reporting in health emergency conditions.

The government’s approval ratings improved during the lockdown, probably in recognition of its prompt actions in halting the spread of the virus and its provision of regular updates on the situation. This may be another reason why media outlets relied heavily on official statements and did not bother to consider other possible sources and coverage angles.

However, yet another factor could be the government’s warning that anyone found guilty of spreading disinformation on either mainstream or social media would be liable to prosecution. This induced a rather cautious approach and led journalists to resort to self-censorship. In addition to the warnings issued by the Ministry of Health, the National Security Service also called on the public and media to rely only on official sources and warned that legal sanctions would be applied against those who disseminated disinformation.

A number of government agencies – including the National Security Service, the National Police Office, the Border Protection Authority, the Customs Office and the Immigration Office – were tasked with monitoring the dissemination of Covid-19-related information and thereby helping to prevent the manipulation of this material. Members of the public were also encouraged to alert the authorities to the existence of suspicious material.

So far, no journalist has been sanctioned or subpoenaed for publishing “false” information relating to Covid-19, though the state-owned news agency Montsame reported on 25 March that police were investigating 25 cases of coronavirus-related fake news being spread online. And on 30 March, the news website News.mn reported that eight people had been charged with spreading “false news”.

In an effort to promote best practice on covering the coronavirus crisis, media development NGOs such as the Press Institute of Mongolia have issued guidelines on reporting during a health emergency. However, as most newsrooms have to get by on very limited resources, they have chosen to focus on ensuring the safety of their employees rather than seeking to expand the range of their coverage. Mongolia’s National Public Radio and Television (MNB), for example, supplied all its employees – including administrative, technical and support staff – with face masks and sanitisers and provided its reporters with protective clothing and single-use covers for microphones.

The education ministry ordered national broadcasters to transmit educational programmes geared to the needs of kindergarten, school and university students who could no longer attend classes. The broadcasters had to make extensive changes to their schedules to accommodate the additional programmes, which now take up between 12% and 35% of the daily schedule. Sixteen national broadcasters – including both public service and commercial television stations – broadcast video classes for free in Mongolian, Kazakh, Tuva and sign languages. The programmes fall into six basic categories:  pre-school education, subjects for 1-12 graders, special content preparing students in the 12th grade for university entrance exams, education for children with special needs, health education and life-long learning programmes.

Changes to the broadcasting schedule were also necessitated by a partial lockdown introduced on 13 February, in response to which many organisations (including the media) reduced their employees’ working hours, encouraged them to take annual leave and to work from home wherever possible. MNB instructed around 40% of its staff to take annual leave and reorganised the broadcasting schedule of its four main channels, allocating extra time to educational programmes and filling any gaps with programmes from the archives.

The sociologist and media expert Batzorig Tovuu is head of organisational development at the Mongolian National Broadcaster (MNB).
» Ethics and Quality, Media and Politics, Recent » Mongolia: Coronavirus and the media