Malta: Coronavirus and the media 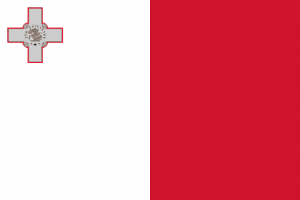 The Maltese government’s promise of state aid for media companies struggling to cope with the financial fallout of coronavirus has not been welcomed unanimously.

The Maltese media market is small – unsurprising when one considers that the country’s population is less than half a million. The public broadcaster Television Malta is government-funded and the two main political parties also own their own TV and radio stations and publish their own newspapers. The Catholic Church also finances a radio station. There are four daily newspapers, two in English and two in Maltese. Another newspaper, Malta Today, is published on Wednesdays and Sundays. There are also several news websites.

At the beginning of this year, the main focus of media attention was still the ongoing political crisis triggered by the assassination of investigative journalist and anti-corruption activist Daphne Caruana Galizia in 2017. Prime Minister Joseph Muscat eventually stepped down as a result of this crisis and was succeeded by Robert Abela in January.

By early February, the Maltese press was still covering coronavirus merely as an international news story, though journalists were beginning to take notice of and respond to a growing wave of misinformation. Once cases of Covid-19 began to climb rapidly in neighbouring Italy, the focus of reporting shifted.

Malta registered its first case of Covid-19 on 7 March. By just over a month later, nearly 300 cases had been registered. As of 9 April, two people were confirmed to have died from coronavirus. The press is informed of the latest developments via a daily briefing held by the Superintendent of Public Health. These meetings are now conducted electronically. The media have been working in tandem with the health authorities, relaying important public health messages announced at the daily briefing.

The population of Malta is very close-knit, and the press has in general taken care to ensure that the identity of infected persons is not revealed. However, there have been several cases of Covid-19 patients being identifiable after their workplaces were identified as part of efforts to curb the further spread of infection.

For example, local media reported on the cases of two supermarket employees and a pharmacist who had displayed symptoms of the disease. The health authorities informed the public via the media that if they had visited these premises and developed symptoms themselves, they should self-isolate.

As with the virus itself, false claims relating to it know no borders. Coronavirus-related misinformation made landfall in Malta some time before the first case of Covid-19 was confirmed. As with the official public health announcements, the authorities and the media have been engaged in a joint effort to combat misinformation, and journalists often ask the Superintendent of Public Health to comment on false claims circulating on social media at the daily press briefing.

One such fake news item highlighted by the Times of Malta featured an image showing people queuing outside a supermarket. The photo turned out to have been taken in Italy. The Maltese media have also drawn attention to numerous conspiracy theories.

Some of the questions put to the health authorities by the media at press briefings come from readers, who tell journalists of their concerns and ask them to pose these questions on their behalf.

Many media companies are already beginning to feel the financial consequences of the pandemic. Several newsrooms have cut staff salaries and freelancers’ fees and have reduced the number of shifts.

The government responded to an appeal from the Institute of Maltese Journalists by pledging state aid for media companies. However, not all commentators are in favour of such financial assistance, cautioning that it is likely to come with strings attached. The Shift, an independent news website known for its fearless investigative reporting, warned of the implications of such aid for media freedom.

Josef Cutajar is a communications professional currently based in Brussels. He is a graduate of the University of Malta. Contact: [email protected]
» Ethics and Quality, Media and Politics, Recent » Malta: Coronavirus and the media