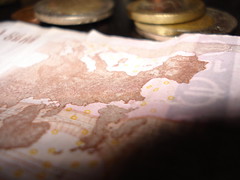 In statements made to the European Parliament, German MEP Doris Pack urged lawmakers to use public funding in the fight to save the struggling news industry.

Speaking at an Association of European Journalists (AEJ) conference in early May, Pack lauded journalism as a necessary ingredient to a fully functioning democracy and stressed the dwindling security of the field.

“Journalists, especially the good ones, have many enemies. The pressure is tremendous and increasing. And that they are mostly paid very badly,” Pack said.

Without providing a specific roadmap for the program, Pack argued that quality journalism comes as a result of well-trained and well-managed journalists, a goal which cannot be accomplished through regulation or European Initiatives. Rather than fund journalists directly, the chair of the EU Parliament’s Committee on Culture and Education pressed European lawmakers to use money to create publicly funded training programs designed to increase professionalism within the field.

“If we can agree to consider professional journalism a main ingredient for a healthy and durable democracy, just like the judiciary and the police, then we might reach a point of understanding that this does not comes for free and needs collective, systemic investment of the society as a whole,” she said.

Pack also explained that public financing should not only be used to train journalists, but also to fund self-regulation programs to police the field.  The German Member of the European Parliament (MEP) also blamed the European Commission for complicating the journalistic process in Europe and called for funds to be redirected to other areas in the field.

Michael Wise is a Master’s student at Università della Svizzera italiana, studying Health Communication and Management. He has a bachelor’s degree in journalism and has written for a number of magazines and trade publications, in addition to being an EJO contributor and student assistant since September 2011.
» Media Economics » Pack to Parliament: Journalism Deserves Public...