Finland: Coronavirus and the media 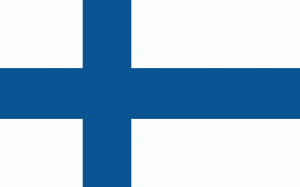 Four main trends can be observed in the way in which the Finnish media has responded to the coronavirus crisis.

Ever since COVID-19 spread to Italy, the news coverage in Finland has been explicitly transnational. Instead of looking primarily at the impact the virus could have on the Finnish population, news and commentary has been focused on other countries.

The countries that attracted the most attention were at first China and Italy, with regular comparisons being made between the progress of the disease in these two countries, but the focus has since broadened to other regions, most notably to EU states, the other Nordic countries and the USA.

In addition to giving the statistics illustrating the spread of the disease, Finnish media have compared the policies adopted by different countries in response to the situation and have reported on the reactions of ordinary people. Correspondents have played a key role in explaining what is going on, and their contributions have been vital not only in television news reports but also in online media and major newspapers. At the same time, the more “generic” reports put out by news agencies have played a less prominent role in media coverage.

A good example of this is the report on the situation in Italy carried by the news website of the Finnish public broadcaster YLE on 17 March.

Polarisation between the political elite and nationalistic populist elements has in recent years been a recurring theme in many European countries, and Finland is no exception. The tendency towards polarization in Finland became all the more pronounced following the establishment last year of a coalition government dominated by centre-left parties, each with a female leader.

To begin with, government policy on COVID-19 was cautious and relied on the advice of experts in epidemiology and public health. On 12 March, the policy changed abruptly and much stricter measures were introduced: schools and borders were closed, and people were advised to stay at home etc.

In the news media and on social media platforms, the response to the Cabinet’s actions was almost entirely positive. This has helped to foster unity and feelings of solidarity, not just within the Finnish people as a whole, but also towards the social groups most badly affected by the crisis: the elderly, the self-employed, people in insecure work without adequate employment rights, etc.

The Tampere-based Aamulehti (the second largest daily newspaper in the country) offers a good example of this approach.

As Maria Pettersson, the editor-in-chief of Journalisti, the magazine of the Finnish Union of Journalists, informed YLE on 17 March, news coverage of the coronavirus crisis has been credible and trustworthy. To my knowledge, no news media have published any reports whose accuracy could be questioned. Instead, news organisations have proactively debunked coronavirus-related misinformation circulating on social media platforms. Independent fact-checkers have been highlighting

tweets that either spread misinformation or advocate alternative theories that undermine the authority of medical experts. Journalists are clearly aware of the danger of “information confusion” and try to address this in news reports and TV debates.

While data journalism has been under development for some years, more resources have been allocated to data journalism experiments in response to the coronavirus crisis.

One infographic that has proved to be a source of inspiration in helping audiences understand the importance of social distancing is the “flatten the curve” animation – a model devised by epidemiologist Adam Kucharski and published by the Washington Post – which shows clearly how quickly the virus can spread without any such distancing measures. On 17 March, the main Helsinki-based daily Helsingin Sanomat published a news report featuring animated simulations inspired by Kucharski and the Washington Post.