In fragile states such as the Central African Republic, the Covid-19 pandemic poses a serious threat to sustainable media development, as Michel Leroy reports. 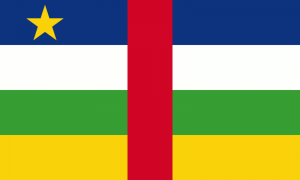 What kind of a role can the media play in the most fragile countries of the Global South – those that are the least prepared to deal with a global pandemic such as Covid-19? In the Central African Republic (CAR), which came second from last in the 2019 edition of the UN’s Human Development Index, being in a state of humanitarian emergency has been a fact of life for decades. Though it may still be a little too early to measure the full impact of this latest crisis, the outbreak phase of the disease has shown that there is already a need to assess the ability of the country’s media to rise to the challenge of reporting on Covid-19, and its long-term sustainability. 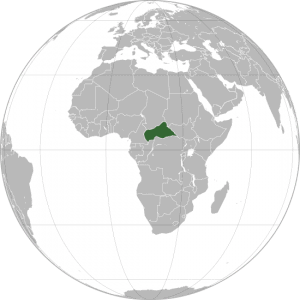 When the pandemic hit, the CAR – a landlocked country in Central Africa with a population of nearly 4.9 million ­– was only just beginning to emerge from a long period of civil strife that began in 2013. As a result of the conflict, a quarter of the population was internally displaced and the country had been plunged into negative economic growth. The economy had recently begun to rally, and there was a projected growth rate of 4.8 per cent for 2019. However, this recovery was relative, as seven out of ten Central Africans still live below the poverty line, and clashes between rival militia groups continue to break out sporadically in the provinces.

When Covid-19 finally arrived in the CAR – somewhat later than in many other countries – few people were especially surprised. Citizens of the CAR have access to the main international broadcasters such as the BBC and RFI and belong to social networks through which they can connect with a substantial diaspora, and so they had become accustomed to the idea that the pandemic would eventually reach them too. They were also well aware that a country which, according to government sources, had only three ventilators for the entire population, was all too likely to suffer heavy losses.

Once the first case of Covid-19 was officially confirmed, on 14 March, various measures designed to curb the spread of the disease were adopted: bars were closed, sports events were suspended and public gatherings of more than 50 people were banned. On 26 March, President Faustin Archange Touadera gave an address to the nation in which he announced further measures, including the closure of schools, places of worship and borders.

According to Jean-Claude Ali-Syhlas, who runs an information service for refugees on behalf of the international nonprofit Internews, it was at this point that his organisation decided to launch a Covid-19 awareness programme.

“Before, there had been only tentative efforts to raise awareness. We then invited the directors of the Bangui radio stations – public, private and community – to meet us. About ten came but we realised that none of them had made the slightest effort to talk about barrier gestures, for example, which were already then known to be very important. It was this failure to take respond quickly that made us decide to immediately set up a ‘synergy’ event – a training session involving a group of journalists from all the partner radio stations. Now, every week there is a 45-minute live broadcast, which is broadcast simultaneously on 13 Bangui radio stations.” The programme is also broadcast on Lengo songo (“Let’s be united” in Sangho, the main language spoken in the CAR), a station launched at the end of 2018 with Russian funding. 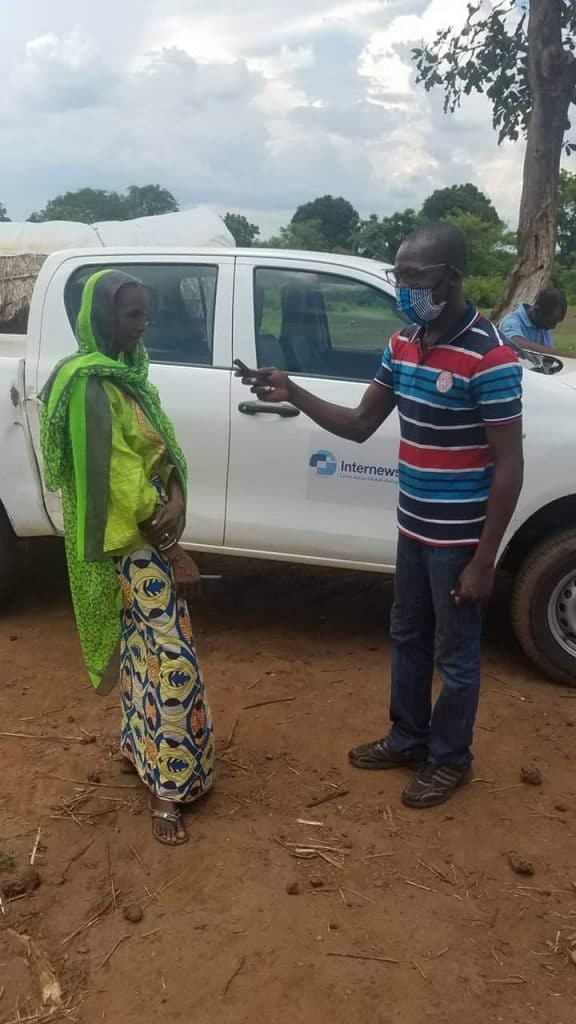 A journalist from the pool organised by Internews reports from the town of Sibut in May 2020.

The first such broadcast went out on 28 March. From the third instalment onwards, the Central African Community Media Network (known by its French initials, RMCC) became involved, making it more of a nationwide project. The programme is now broadcast throughout the country by 18 radio stations.

This combined editorial operation – directed by Ali-Syhlas, a former editor-in-chief at Radio Ndeke Luka (“bird of good omen”) – has had a huge impact. This is all the more of an achievement when you consider that local media have introduced staggered hours for their staff and are consequently only offering a skeleton service, in an effort to reduce the infection rate. The Internews project also benefits from the fact that it has a vehicle at its disposal – a rare thing for a CAR media outlet – which can be used to report from remote parts of the country and get a sense of the mood there.

Radio Ndeke Luka – run by the Swiss nonprofit Fondation Hirondelle – is not taking part in the Internews project, but it too has switched to Covid-19 mode and has been reporting on how the crisis has affected ordinary people. In partnership with RMCC, the Fondation Hirondelle has responded to the pandemic by helping other local radio stations continue to provide a service. “We threw everything we had at the virus,” said Marcelin Djoza-Ridja, a representative for the organisation. “With presenters from the twelve partner radio stations we coach remotely, we produce radio theatre, programmes for young people, interviews with community leaders… and we buy space on the stations for them to broadcast these programmes, which enables them to access subsidies so that they can keep the studios’ and transmitters’ electric generators going.”

Though it is a well-known fact that the CAR has long been prone to recurring crises, the impact that these have on the sustainability of local radio stations is not so widely recognised. “We have to explain to international organisations and NGOs over and over again that the health crisis is also an economic crisis, as the media can’t survive on good will alone,” explains Laurent Passicousset, who manages Internews’s operations in the CAR.

Areas at particular risk of turmoil, whether sparked by political unrest or health crises, are also the ones that struggle the most to diversify their sources of income. It is nonetheless crucial to support efforts by the media to achieve sustainability. This is especially true of radio stations, which remain the main source of information and the best way of combating misinformation for many in the country.

Awareness of the need for sustainably resourced media is closely linked to awareness of the role media can play in times of crisis. UN Secretary General António Guterres was one of the first to draw attention to the “infodemic” of misinformation triggered by the virus. He tweeted on 28 March: “To overcome the #coronavirus, we need to urgently promote facts & science, hope & solidarity over despair & division”.

The Central African Bloggers’ Association (ABCA) responded to this call by launching a site, Talato (“radar” in Sangho), with the aim of mapping the pandemic and fact-checking doubtful claims. However, it is updated only sporadically. Internews has also set up a fact-checking unit. This consists of seven full-time staff based in Bangui, Sibut, Bambari and Ndélé. Their work is given wider dissemination by the radio station Fréquence RJDH, set up by the Network of Journalists for Human Rights (RJDH in French), a local NGO.

The crisis could prove to be a turning point.

“In public health as in journalism, you can’t just keep on saying the same thing,” says Internews’s Passicousset. “You have to set a good example, get people talking, and make an effort to interact with them.” In this respect, the crisis could prove to be a turning point, by encouraging the media to get involved in new fields such as monitoring online dis/misinformation.

The authorities, on the other hand, are not so happy with this approach, as they cannot control it.  “They prefer a more institutional coverage, like you get on Guira FM [the radio station of the United Nations Integrated Multidimensional Stabilisation Mission in the CAR] or on the national radio station, known as the ‘mother radio’,” says one journalist who prefers not to be named. “If you want to go beyond the traditional press conference, you can have a real problem with gaining access to sources.”

The coronavirus crisis has served to highlight several ongoing problems in the media development sector. One of these is whether journalism training programmes set themselves realistic targets, given the local conditions. Sylvie Sargueil, a French doctor and journalist who has been training journalists from the Global South on health issues and emerging epidemics for more than fifteen years, questions what can be achieved by such training schemes. “What do we expect by telling people to stay at home when they need to go out and look after their animals? The whole media development sector should put itself in the shoes of the people it is aimed at.”

In a Medium post, Robert Shaw, a media development expert with the Danish organisation International Media Support, warns of the danger of aid for the media not being put to the best use, saying that in the current climate, “there is a strong chance that any stimulus will be ill-conceived, counter-productive and hijacked by political interests”. In the CAR, some writers have highlighted the problem of international aid capture and corruption. However, there are signs that donor countries are taking the issue increasingly seriously: the US Department of State recently announced that it was inviting applications from organisations interested in becoming involved in a new “Countering Corruption amid COVID-19” programme. The project description emphasizes the need “to enhance transparency and empower civil society and media”, underlining the importance of accountability as a key element of a genuinely sustainable media development.

Michel Leroy has worked as a journalist for over 20 years. He is currently a research assistant at the Erich Brost Institute at the University of Dortmund. For his doctorate, he is researching the sustainability and professionalisation of local radio stations in development situations. His research also looks at social impact and media education. He has worked in the Central African Republic on several occasions.
» Ethics and Quality, Media Economics, Recent » Central African Republic: Coronavirus and the...