Data Journalism is the Punk of Our Times

Journalists cannot operate unless they can deal with data, according to Nils Mulvad associate professor at The Danish School of Media and journalist. Mulvad, who also runs a data analysis company Kaas and Mulvad, said it has now become a key part of the media.

“You couldn’t work as a journalist, if you were not able to do an interview. The same applies to data journalism in the age of digitalization,” he said, at an interview at the Data Harvest 2014 conference.

Mulvad is clear that for many journalists data journalism is about more than just visualising data through interactive charts and graphics.

“Data journalism is an early alert tool. By analysing data you can sometimes recognize problems, before they actually cause a lot of harm. Or before you are able to notice them using other journalistic tools,” he said.

There are tools to help journalists with their work. Spread sheets, scraping and data visualisation all help. Scraping, for example, allows journalists monitor how different institutions work on a daily basis, because it allows them monitor new stuff showing up on different webpages. 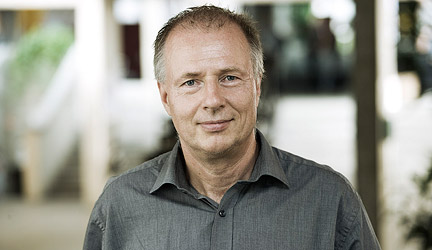 Data has always been central to journalism. Mulvad points out that the Wall Street Journal was born in 1889 from a daily Dow Jones afternoon letter about the stock exchange. In sports reporting, data has always been an essential aspect of this. John Snow’s map of cholera outbreaks from nineteenth century London changed how we saw a disease – and gave data journalists a model of how to work today.

But the data journalism we know today, started with something called Computer-Assisted Reporting. Back in the 1950s reporters started to analyse data using software tools for social and scientific analyses. One of the first examples of computer-assisted reporting was in 1952, when CBS television used a UNIVAC I computer to analyze returns from the U.S. presidential election.

“In order to do data journalism, you need to combine three types of skills – journalistic, programming and web designing,” said Mulvad. “ Sometimes you will have them combined in one person and sometimes you need the whole team.”

“You need to understand basics of statistics and other social science methods. One needs to be very careful with data and use it in a proper way and not come out with conclusions which cannot be supported. That’s why data journalism is also called evidence based reporting.”

Mulvad points out that very often data is only a first step in the process of creating the story. “It is very important, that the journalist looks into the data himself, instead of relying on other researchers. This is something journalists do too often: they interview people who know the data. But those people may have their hidden agenda, they may have the conclusions a bit coloured, in order to justify the meaning of their work. Journalists should be able to find the most important stories in the data and then interview sources on their findings.”

There has been interesting research done on the use of social media by journalists in Poland that shows journalists don’t tend to treat social media as a possible source of information. They use it mostly for “inspiration” instead of proper research – finding people, facts and numbers.

Mulvad believes they are missing a trick. “Social media can be used as a tracking tool for social relations, which is very useful in investigative journalism. There are some examples of investigative stories based on analyses of social circles on Facebook or LinkedIn. One girl from Slovakia actually managed to track possible corruption cases in health service procurements in Slovakia by analysing all the contracts and personal networks between hospitals’ boards and the management from the companies taking part in the procurements. People leave a lot of data and information about themselves in social media, so it’s good to know how to follow this.”

Mulvad believes some of the best data journalism is being carried out by cross border, independent networks such as the International Consortium of Investigative Journalism which broke several stories on tax havens. The story has led to an EU wide overhaul of money laundering legislation,and affected huge companies and wealthy individuals across Europe.

“It could not have been achieved without using the tools of data journalism, said Mulvad. “What was also important in this project, was the international cooperation between journalists. There was a deep expertise needed from each country involved, so it had to be done by international group. But today, with such tools as social media, free software everything is possible. Data journalism is a sort of journalistic punk of our times.”

This article was translated from the Polish “Nils Mulvad: Dziennikarstwo danych to współczesny punk“

Paulina Pacula is a freelance journalist working for both Polish and international media. She has collaborated with money.pl, the biggest Polish financial news site, and has also worked as a reporter for TV Polsat. She is a graduate of the University of Wroclaw and also spent a year studying online media and TV journalism at the Danish School of Journalism. Her interests include media ethics and quality journalism.
» Digital News » Data Journalism is the Punk of...