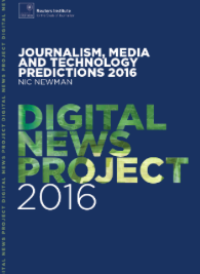 Robo-journalists, an ongoing battle between publishers and adblockers, bendy smartphones and social media for the workplace; the Reuters Institute is launching its new Digital News Project with a set of technology and industry predictions for the global media’s year ahead.

Journalism, Media and Technology Predictions, 2016, is a fascinating glimpse into technology and industry trends which could emerge this year, according to digital media consultant Nic Newman, a research associate at the Reuters Institute.  Newman’s research includes a survey of 130 senior digital leaders across 25 countries, designed to identify and measure key industry challenges and opportunities.

“News organisations enter 2016 worrying about digital revenues in a world increasingly affected by ad-blocking and the rise of distributed content. They also know they need to keep an eye on the future with the rise of online video, new immersive storytelling and Virtual Reality,” Nic Newman said.

78 per cent of digital leaders surveyed said they’d be investing more in online news video this year. Exponential growth in video consumption is expected over the next few years driven by faster cheaper connectivity and mobile consumption. 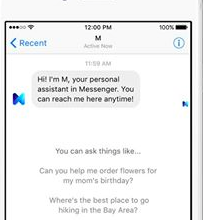 Smartphones are projected to reach around 80% of the world’s population by 2020. Newman predicts we’ll soon be using 3D touch technology on foldable, waterproof smartphones. Wireless charging will be more commonplace while increased data speeds and processing power will open up new possibilities:

Already around 20% are using ad-blockers but the story has only just begun. Newman expects:

Other trends to look out for:

Confidence remains mixed around the business prospects for 2016. Some publishers without solid digital revenues or who relied on digital advertising are more worried about revenues than last year (22 per cent) but some with paid content or mixed business models are less (20 per cent) or equally worried (50 per cent) compared with last year. 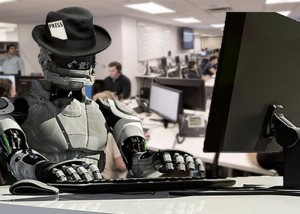 More robo-journalists in the newsroom?

What should publishers expect in 2016?

About the Digital News Project:

The Digital News Project examines cross-national developments in journalism and news media, combining the annual Reuters Institute Digital News Report with a range of additional publications looking at journalistic innovation and news media strategy across the world.  Dr Rasmus Kleis Nielsen, RISJ Director of Research,  says: “We know for a fact that the same technological trends have different implications in different countries. The Digital News Project is aimed at understanding these differences better, and at helping journalists and media decision-makers navigating a rapidly-changing environment.”

Caroline Lees is the Head of Communications at the Reuters Institute for the Study of Journalism. She is the former editor of the European Journalism Observatory’s English language site. She is a British journalist and has worked for The Sunday Times, London, for seven years including time spent in Delhi as South Asia Correspondent and as a news reporter and arts correspondent. She has also worked as foreign editor and assistant editor of The Scotsman, and for the Economist and Telegraph Media Group.
» Digital News, Latest stories » Robo-Journalists, Ad-Blockers And Bendy Phones –...