What DOES Happen When Women Choose The News? 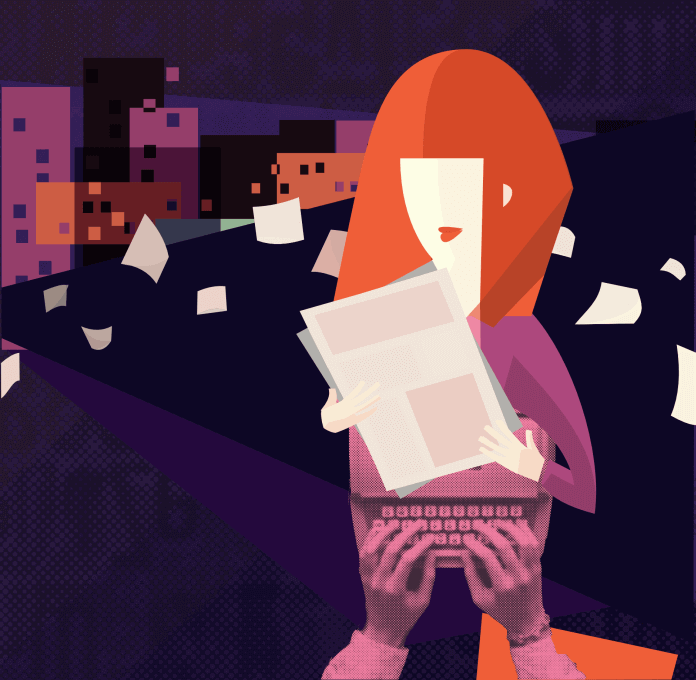 When Newsmavens launched in September 2017, many said the concept was sexist. A roundup of news curated and recommended exclusively by women? Why, because women are better? No, because it’s never been done before.

With very few exceptions, mainstream media has always been dominated by men.

Recent studies show that globally, women today represent only 27% of newsroom leadership. There has literally never been a newsroom of significant geographical scope (for readers in more than one country) that only shows women’s views on current affairs, so we don’t actually know what that perspective is, much less what value it has.

Others said the concept was pointless because news is objective and therefore not influenced by gender. These were difficult conversations because of the “unconscious” part of unconscious bias. However, if the critic was academically inclined, it helped to steer the conversation towards recent studies on the cognitive impossibility of the human mind to perceive objective reality. This led to discussions on the limitations of including opposing viewpoints in an article about a controversial topic. From there, showing that he said/she said is also a form of opposing viewpoints resulted in a couple of pregnant pauses. One of these even yielded a media partnership.

Instead of choosing news connected to politics or economics, which are the ones most covered on Portuguese media, I try to focus on issues such as mental health, racism or gender inequality. – Cátie Bruno, Newsmavens, Portugal

When Newsmavens started in September 2017, there were 12 European newsrooms committed to the experiment. Today there are 27 newswomen from every region curating news they think is the most important to a daily English language round up. We think of it as Europe’s alternative front page.

As editor of this endeavor, I can now point to two obvious trends in what kind of news women choose. While they are not shocking, they still need to be spelled out and their meaning made clear:

Women pay attention to women and other marginalized groups, and they care about the impact of big politics and big business on the lives of regular people.

These are the stories that hide in the back of mainstream newspapers, but make it to the front if women are in charge. And if women journalists and editors think these stories are important then yes, the women in the reading public are likely to care about them too.

Let me give you some examples. Many stories curated to Newsmavens are heartbreaking accounts of cultures and systems failing women. Like the case of 15000 women forced into unpaid labor since the 1970s for the Catholic order Sisters of the Good Shepherd. Or the case of the former MP from Austria who was sued after going public about the sexual harassment she was experiencing.

Our editors also catch meaningful milestones, like the now infamous “Wolf pack” verdict in Spain that convicted 5 men who gang raped a woman during the running of the bulls in Pamplona with sexual abuse, but not rape. When public outcry brought thousands into the streets in protest, the legal loophole that made the verdict possible, and does the same in 23 other European countries, came under much needed scrutiny.

It happened this past Easter when Croatian priests “godsplained” to congregations that believing in god will better protect women then the Istanbul Convention against violence, and continues to be commonplace in Hungary, where ruling president Viktor Orban speaks openly about women having no place in public affairs, and the ruling party claims gender studies is not an “economically rational” field of study.

Finally, women involved with Newsmavens have gravitated to stories about people who have the least. While mainstream media often showcases the big players and global change makers, women show more interest in those who do not impact big politics or big business, but whose lives are invariably affected by both.

Like the parents of disabled children camped out in the corridors of Poland’s parliament, whose support funding was just cut by the same government that paid out mass family stipends to win the last elections. Or female Eastern European migrants forced to leave their families behind to earn a living abroad, who are suffering from a particular kind of debilitating depression called “the Italian syndrome.” Or European Roma communities when they are violently attacked or ostracized.

I believe this is the biggest value that women bring to the news narrative.

While the mass market news machine focuses on what the world’s key players are doing at the top of the power structure, women have shown a consistent curiosity about what happens lower down.

Recent history in the US, Poland, Hungary and Turkey reiterates a well known feminist fact — when politics veers away from liberal democracy, women’s rights are often the first to be thrown under the bus. Perhaps that is one of the reasons why we have a sensitivity to the effects of political decisions on society.

Regardless of the reason, the fact remains that cause without effect is only part of the story. To understand the times we live in and keep our readers holistically informed, we need to be giving equal attention to both.

So until the industry sources its top brass from a diverse group of leaders and women begin to have equal influence on the news narrative, Newsmavens is going to continue balancing out the story in Europe.

This article first appeared at Newsmavens. It is republished here with the permission of the author.

Zuzanna Ziomecka is an American-educated, Polish-based media maker professionally involved in print, television and internet projects. She works for Poland's largest liberal daily - Gazeta Wyborcza - where she is responsible for digital innovations for their women's brand "Wysokie Obcasy" and is Editor-in-Chief of NewsMavens - a news round-up curated exclusively by women from European news organisations. The project is funded by Google DNI and Gazeta Wyborcza and aims to discover whether gender has an impact on news narrative. She was awarded editor of the year for founding and editing the first Polish lifestyle magazine for parents in 2008. She was also one of the few women to ever act as chief editor for a weekly magazine (Przekrój) in Poland.
» Comment, Ethics and Quality » What DOES Happen When Women Choose...