Egypt: Coronavirus and the media 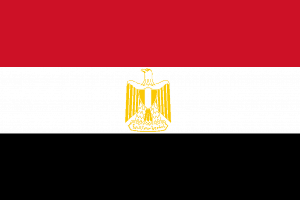 The media in Egypt – both government-owned and privately owned outlets – have been paying keen attention to the outbreak of Covid-19 caused by the coronavirus. Until last week coverage was mostly focused on events in Europe, but with the increase of cases in Egypt there is now much more of a domestic focus.

The government closed schools and universities as from 15 March, showing how seriously the situation is now being taken. This was followed by other measures restricting public gatherings including the cancellation of funerals. A few days ago, it was announced that all flights into and out of the country were to be suspended. Friday prayers have also been suspended and cinemas and theatres closed. Some companies are allowing their employees to work from home.

The media, especially the very popular TV talk shows, are broadcasting regular updates and often report on how the situation is directly affecting peoples’ lives. The Ministry of Health is broadcasting public awareness campaigns on Egyptian Radio and TV stations. Newspapers are also informing the public in a similar vein.

The crisis has become the main topic of discussion on social media. Facebook and Twitter are full of information and misinformation, as well as both criticism of the government and support for the authorities’ handling of the situation. As in other countries, the Egyptian social media space is a place where citizens are trying to understand and make sense of these challenging times.

Naila Hamdy is a professor of journalism at the American University in Cairo.
» Ethics and Quality, Media and Politics, Recent » Egypt: Coronavirus and the media