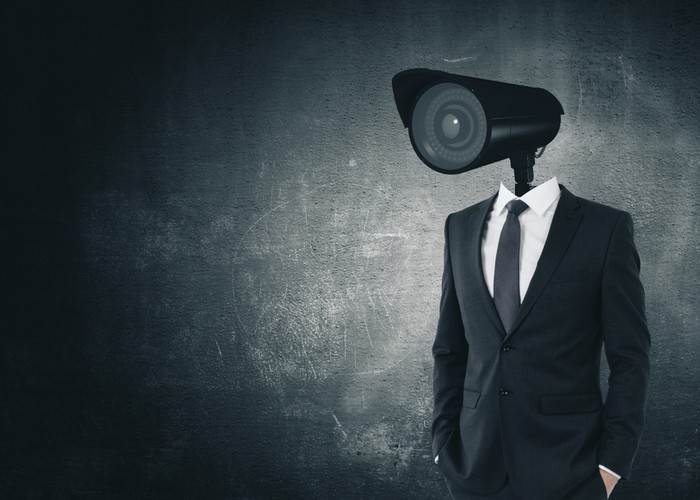 Were British spies involved in Brexit? It will be many years before we know for sure. While there are many suspicions of their manipulations, little evidence has yet emerged. What is clear is that British Intelligence agencies have a long history of influencing votes, talks, and negotiations in the UK and across the globe. In the past, as we shall see, they made great use of journalists as influencers.

The British have been eavesdropping on others long before we were formally a nation. Journalists and authors have frequently doubled as spies, not least because they were literate when few others were, and they had access to those in power. Daniel Defoe, the author of Robinson Crusoe, was paid by British officials to spy from Edinburgh on the anti-unionist forces in Scotland before the vote on the Union in 1707. His Presbyterianism religion facilitated his undercover work, and he was also paid to be a propagandist for the Unionist cause.

Of course, other nations have used their intelligence agents to spy and influence foreign affairs. However, it is worth considering the likelihood of British intelligence operations in Brexit and place it in its historical context.

It is unlikely that British Intelligence tried to manipulate the actual referendum vote to leave the European Union in 2016. In the first instance, the then Prime Minister David Cameron – to whom they ultimately answered – was a Remainer. It later became clear that nearly all leading figures in British intelligence at the time were in favour of remaining as most were convinced that leaving would break links with their European counterparts, which will in turn damage British national security. The main exception to this consensus was the very strident Sir Richard Dearlove, a former head of MI6 (1999-2004) who is an ardent Brexiteer.

Also, there can be no doubt that elements of the Russian state did seek to influence the campaign, aiming to get Britain to leave the EU, in order to weaken the continent’s alliance. A considerable social media operation often used bots to encourage the ‘undecideds’ to vote Leave.

After the Brexit vote, suspicions about whether British Intelligence was gathering insider information for the British negotiators in the Brexit deal arose during the tense UK – EU exit negotiations. In July 2018, the European Union’s negotiators became convinced that they were being bugged by British intelligence after the UK seemed to have insight into sensitive documents within hours of them being presented to a closed meeting of EU officials. Sabine Weyand, Brussels’ top trade official, told the EU team attending the meeting of the European Council’s Article 50 Working Party that “it could not be excluded” that British intelligence had penetrated their meetings.

EU officials and senior European Parliamentarians have long been nervous about the infamous capabilities of the Government Communications Headquarters (GCHQ) to intercept the electronic communications of friends as well as foes. This was exacerbated by revelations by the American intelligence whistle-blower Edward Snowden in 2013 of the global interception capabilities of the Five Eyes – the anglophone alliance of eavesdropping agencies that include GCHQ, The United States National Security Agency (NSA), and those of Australia, Canada, and New Zealand.

One of Snowden’s leaked classified documents revealed that the NSA had intercepted Angela Merkel’s mobile phone calls for more than a decade. When the allegations were made, the White House did not issue an explicit denial but said Mrs Merkel’s phone was not being bugged currently and would not be in future. Mrs Merkel told the US government angrily that “spying between friends just isn’t on“.

Of course, the increasing emphasis on signals intelligence in the war on terror had seen the NSA and GCHQ work ever more closely together. Just how close became evident in 2003 at the time of the Iraq War. Katherine Gun, a GCHQ linguist, leaked a top-secret memo that had been sent from the NSA to GCHQ. This requested GCHQ to aid in a secret and illegal operation – that is, for the NSA to bug the United Nations (UN) offices of six ‘swing’ nations whose delegates were to attend the UN Security Council meeting convened to decide whether to vote for the invasion of Iraq.

NSA wanted to get a steer on the swing states’ position so they could be countered to allow the Bush/Blair coalition to invade. Leaked to reporter Martin Bright, the memo was published by The Observer. Did GCHQ and NSA actually bug the ‘swing’ nation delegations? Bright says it was a general request for anything useful to American interests. “We don’t know for sure that the operation went ahead, but the tone of the leaked memo suggests it was assumed it would. It was not a request. The Chileans were pretty sure they were snooped on.”

Clare Short, a British cabinet minister who resigned in May 2003 over the war, said in media interviews that British intelligence regularly spied on UN officials. She claimed that she had read transcripts of Kofi Annan’s conversations.

According to the defence writer, Michael Smith, delegates to anything from trade negotiations to peace conferences are likely to find their rooms bugged by MI6 and their messages home intercepted by GCHQ. Smith says: “The hotel rooms of Robert Mugabe and Joshua Nkomo were bugged during the 1979 Lancaster House talks on the future of Zimbabwe, as were the rooms in Lancaster House used for meetings.

“As a result, Lord Carrington, the then Foreign Secretary, was briefed at the start of each day on what positions the various parties would take and what their fall-back positions in the negotiations would be.”

At the time of the 1998 Good Friday Agreement to resolve the political conflict in Northern Ireland, MI5 reportedly did its best to bug politicians Gerry Adams and Martin McGuiness to eavesdrop on their conversations. In 1999, a sophisticated listening and tracking device worth £20,000 was found built into a car used by a Sinn Fein driver for Adam and McGuiness called Lynch. Adams and McGuinness said the car had been used to take them to meetings with the IRA leadership. The bugging occurred during the review of the Good Friday agreement by George Mitchell, the former US senator.

British Intelligence involvement in the EU dates back to the early 1970s when Britain was preparing to vote on joining the then European Economic Community (EEC). In 1998 James Oliver, now a BBC Panorama producer, and I discovered the highly secret involvement by the MI6-linked Information Research Department (IRD) of the Foreign Office, which was persuading journalists and influencers to endorse joining.

For nearly two years, among other secret operations, IRD funded invitation-only meetings between senior media figures and pro-European politicians, diplomats, and businessmen. These were regular, expensive, and well-attended breakfasts at the Connaught Hotel.

British and American intelligence services had traditionally supported Britain’s entry into the European Economic Community as a bulwark against the Communist Eastern bloc. The Central Intelligence Agency (CIA) funded the European Movement, the most prominent extra-governmental group, seeking to move public opinion towards support for a European community. Between 1949 and 1953, it was subsidised by the CIA to the tune of £330,000.

In June 1970, Edward Heath’s Conservative government had been elected with a pro-European manifesto. The civil servant who ran the covert pro-Europe campaign was Norman Reddaway, under-secretary of state at the Foreign Office, with a portfolio covering IRD and other FO information services. The unit worked closely with several pro-European politicians to rebut anti-EEC arguments. IRD wrote and brokered articles that were placed in the press. “There was no shortage of MPs who were pleased to see something published under their name in The Times and elsewhere,” he told us.

The IRD breakfast meetings usually involved 20-30 people. By bringing in figures such as Nigel Ryan from News at Ten, Ian Trethowen, then managing director of BBC Radio, and Marshall Stewart from the BBC Radio Today programme, the gatherings facilitated brainstorms for pro-European television and radio programmes.

Furthermore, media guests had access to the EEC negotiators. “Into the breakfasts came the people from Brussels. So, the people who went to the breakfasts from the media got a briefing on what was actually going on day by day. So, we were making news,” one participant told us during our research for the book Britain’s Secret Propaganda War. He claimed News at Ten started a series of five-minute specials on the EEC, with a strong, factual tone, as a direct result of the breakfasts.

So, British Intelligence has a long history of intervening in votes and negotiations. If they were involved in the Brexit negotiation, why did the British get such a bad deal? The riposte from any intelligence officer might be, ‘if you think that deal is bad, just consider how much worse it would have been if we had not been involved’.

If you liked this story, you may also be interested in: Europe’s media reaction to Biden’s Presidency

Dr Paul Lashmar is the former Head of Journalism at City, University of London. He is a Reader in Journalism and his research interests include media freedom, investigative journalism, anti-corruption, intelligence-media relations, and organised crime reporting. He is an expert on journalism sources and source protection. Paul has been an investigative journalist in television and print and on the staff of The Observer, Granada Television’s World in Action current affairs series, and The Independent. Lashmar P (2020) Spies, Spin and the Fourth Estate: British Intelligence and the Media. Edinburgh University Press.
» Media and Politics, Recent, Specialist Journalism » Spies, Spin and Brexit