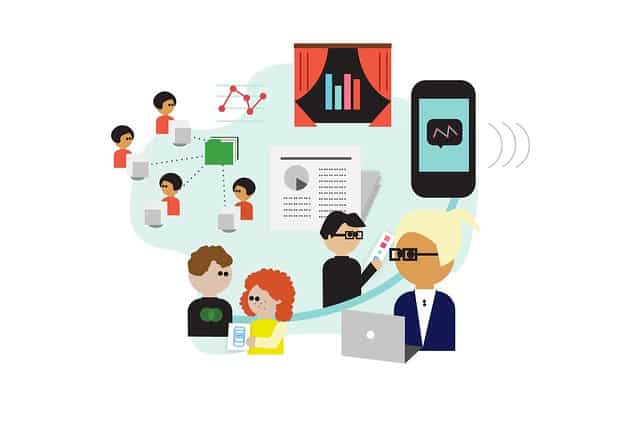 Journocoders’ special mix of skills puts them in a unique position

When I joined Rádio Renascença’s newsroom in 2016, I had a clear goal in mind: to create one of the first data journalism units in the country and to use data and programming to explore new ways of telling stories.

In the three years that have gone by since then, I have experienced countless failures, learned some invaluable lessons from those mistakes, got frustrated a lot, and tried new things influenced by blog posts, Twitter threads, and Stack Overflow answers.

Meanwhile, the Portuguese media landscape hasn’t changed much. Today Portugal still boasts of no more than a handful of data journalists. Everyone insists that data and coding skills are very important, but not many journalism college syllabuses offer training in them. Hackathons are still limited to the IT sector and government entities, open data is a mirage, and data projects are something that self-styled data journalists (and that includes me) do only occasionally.

This description might give the impression that data journalism and the innovation associated with it have passed Portugal by. This isn’t true, although the pace of change is very slow. Too slow, compared to other countries.

That said, spending three years building a data unit and integrating it into the workflow of a 83-year-old media outlet has taught me a few things. So, if you aspire to set up a data unit in your own newsroom, here are some of the lessons I learned while trying to be innovative by doing data journalism in mine:

1. Become a unicorn (aka a journocoder)

Journocoders (journalists who can code) are the media industry unicorns: they are rare creatures who not only have reporting skills, but can also do programming and data analysis (and design up to a point). This special mix of skills makes them highly sought-after. But if you want to start a data unit in your newsroom, I have bad news for you: unicorns are even rarer than you might think, and there isn’t a steady supply of them.

So my advice is: become one yourself. If you’re interested in data journalism, you’ll no doubt have already hit a common roadblock after coming up with a very good idea: “This could work, but I don’t know how to do it. If only I had a programmer to help me out…”

There’s no point in waiting for your company to hire a developer to help you, because that just isn’t going to happen.

But the good news is: there are plenty of ways in which you can get going. There are some amazing free online courses, GitHub is full of great material and the community is always ready to offer help. Don’t be afraid to ask!

2. Manage your own expectations

You’ll have checked the Data Journalism Awards shortlist, read the Data Journalism Handbook and seen some crazy work from the folks at the Guardian, New York Times, FiveThirtyEight, La Nación, or the Berliner Morgenpost (to name just a few). Those projects are masterpieces and you really want to produce something that great yourself.

Aspiring to greatness is wonderful, but you should learn to manage your expectations – in other words, know what’s possible given the resources at your disposal. Some of the things you’re yearning to do may require much more time and collaborative effort than what’s currently available to you.

That doesn’t mean you shouldn’t aim high. Just don’t get frustrated because the outcome isn’t yet as perfect as you’d like it to be.

Fall in love with the process, not the end result.

3. Learn how to buy time

My editor always mocks me because every time she comes up with a crazy new idea, I always respond: “It’s possible. But I need time to learn how to do it.”

Even if you’re a really talented and experienced coder, you still need time to learn (and to think, and to actually write code, and to debug). So, if you and your editors are really keen to embark on that incredible new project, you have to learn how to negotiate the time you need to do it. Buying that time is an investment that will reap dividends before long.

(One extra tip: if you think it’ll take you just a few minutes, you’re wrong. It’ll take a lot longer than that.)

4. Don’t worry if you feel like a hacker inside your own news organisation

I’m not talking about traditional journalists’ attitudes towards their coding colleagues. I’ve had some bewildered looks from them, but they soon come round when they see the final result.

But most news organisation are not yet ready for journocoders. Journalists are not supposed to have access to servers, internal APIs or anything that hides behind the WYSIWYG interface that the IT team has prepared for the newsroom.

I get it. Journocoders are a “new thing” and IT people are not used to dealing with those sorts of requests from the newsroom. They’re more used to stopping any suggestion in its tracks with the words: “It can’t be done for security reasons”.

IT teams are also made nervous by the fact that many journocoders have no formal education in computer science, which means they sometimes have an unorthodox approach that can involve ditching “best practice”, as long as it works. And, well, we journalists are curiosity-driven creatures – which means that we might have a penchant for breaking things.

From the lack of admin access in your computer to a secure access point to the server, you can expect to have to overcome lots of issues. Especially if you’re working in a more traditional newsroom. The good news is that if you’re able to code, then you’ll be able to speak the same language as the IT team. You won’t have any difficulty in explaining to them why something is blocking your workflow, and you may even make new friends.

Just don’t let any apparent barriers prevent you from trying new things. Fortunately there are some services that will let you explore the basics for free. While trying to tweak things, you’ll probably learn something new. And perhaps one day, you’ll be given your very own company credit card to pay for your projects.

(In his contribution to this Twitter thread, data journalism expert Matt Waite implies that journocoders at the New York Times had to contend with exactly the same issue. Waite hits the nail on the head when he says that Pcards [purchasing cards] will have a special place in the history of journalism innovation.)

5. Stop acting as if you have unique superpowers

Being able to code and do data analysis can make you feel as if you’re endowed with mystical powers. That’s understandable. But the feeling of being a lonely coder in your newsroom can suddenly turn into a full-blown “diva syndrome”. You might feel like no one really understands your struggles – but have you ever tried explaining them?

Every time I collaborate on a project with a more “traditional” journalist, I explain in detail how data analysis is carried out. If it becomes necessary to build a scraper, I explain that there isn’t a simple way to download data all in one go, so you have to create a small “robot” that goes from page to page collecting the data.

Suddenly, your data skills-challenged colleague starts to understand what you’re doing. Not only that, but they also begin to make suggestions on how to solve a specific problem. And that’s one of the most rewarding things that can happen to a journocoder.

If you liked this story, you may also be interested in Bigger is Not Always Better: Data Journalism for Small Newsrooms

Rui Barros has been a data journalist at Rádio Renascença, one of the oldest radio stations in Portugal, since 2016. There, he uses code and databases to build interactive features and create new data-driven stories. He is currently completing a Master's thesis on the forces that shape innovation in his newsroom.
» Newsroom Management, Recent, Specialist Journalism, Technology » “Hack the newsroom”: Five lessons from...