Seeking Accuracy, Objectivity and Scope: Fact-Checking in Ukraine and US 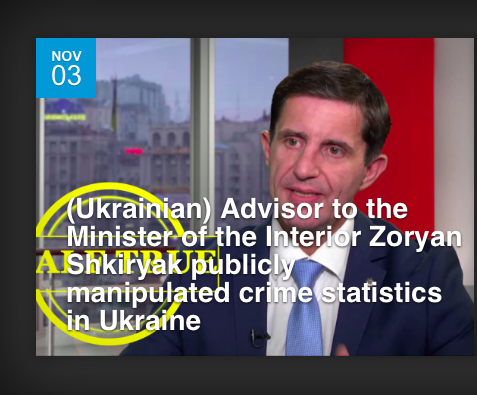 FactCheck, an independent fact-checking site in Ukraine, was established in 2016.

However, despite variations in scope and content, the sites in Ukraine and US adhere to similar basic principles and routines.

These are the conclusions of my recent research into fact-checking in the US, Ukraine and Czech Republic. The study, Fact-Checking as a Phenomenon of Contemporary Professional Journalism was based on a content analysis of two Ukrainian and two US fact-checking organisations: VoxCheck and FactCheck.com.ua in Ukraine;  PolitiFact, and FactCheck.org in the US. I also conducted three in-depth interviews: with Igor Korkhovyi, head of FactCheck.com.ua; Zdeněk Jirsa, project manager of Czech site, Demagog.cz; and Aaron Sharockman, executive director of American PolitiFact.

PolitiFact, an American fact-checking site, is one of the best known internationally. It checks hundreds of sources, including the public statements of organisations, pressure groups, parties, charitable organisations, etc. The site works alongside PunditFact, which verifies the statements of bloggers, political analysts, experts and other individuals in the media. Politifact’s main aim, according to  Sharockman, is “to keep politicians accountable.”

By contrast most Ukrainian sites have a narrower remit, drawing on between 20 and 30 sources. They usually check policy-makers – the president, prime minister, members of parliament and other key political figures.

Ukrainian projects, VoxCheck, (founded in 2015), and FactCheck.com.ua, (2016) focus on political and economic issues. From January to April 2017, the topics most checked by those two projects were “politics”, “economy” and “blockade of Donbass”. Less attention was paid to “land market”, “railroad”, “medicine” and “Roman Nasirov” (the former head of Ukraine’s Fiscal Service). 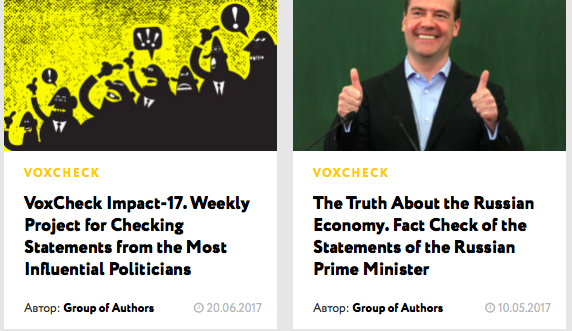 VoxCheck, based in Ukraine, checks statements and claims made by senior politicians.

As for politicians, the statements of President Petro Poroshenko, the former and current prime ministers – Arseniy Yatsenyuk and Volodymyr Groisman, former head of the National Bank, Valeriya Gontareva, and also Roman Nasirov, formerly of the State Fiscal Service, were checked.

The differences between the sites can be explained in a number of ways. The fact-checking sites studied in Ukraine are less well-established, have limited resources and smaller audiences. They were both founded by non-governmental organisations (NGOs) and depend on grants, volunteers and crowd-funding initiatives.

Both of the US sites were started by established media organisations or institutions, they have a much larger market and have received  public recognition for their work. FactCheck.org, founded in 2003 by the Annenberg Public Policy Centre, has won numerous awards. PolitiFact, started in 2007 by the Tampa Bay Times, owned by the Poynter Institute, was awarded a Pulitzer Prize in 2009 for its coverage of the 2008 US elections.

Shared principles: which statements to check?

While topics and scope of fact checking vary between the US and Ukrainian sites, similarities were also found. For example, all journalists pay attention to statements that may be false or misleading. They often rely on instinct and professional experience when choosing what to check, but they also follow some basic principles.

In deciding which statements to check, Politifact applies these questions:

Aaron Sharockman, of Politifact, lists three general criteria for selecting statements for verification: “The key is the importance of communicating in society and the significance of the impact it has. If the information can be verified, it should be checked, even if it turns out to be true. A claim can be verified if it has a specific actual statement and has a reference to the statistics. It cannot be verified if the statement concerns the future or it is a personal opinion.” 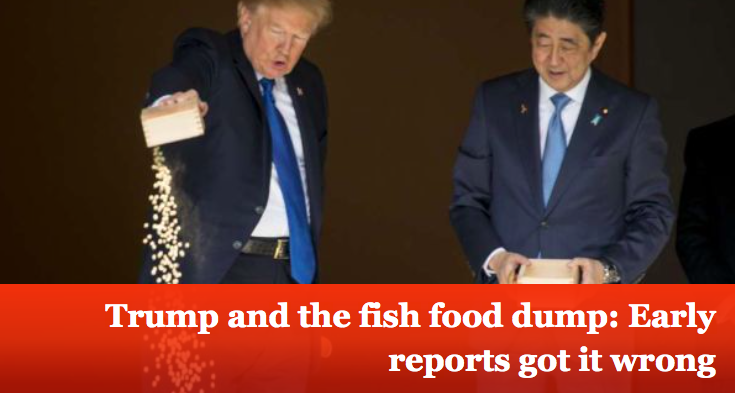 PunditFact, a sister site to PolitiFact, checks journalism including claims made by media pundits.

How to be accurate?

Interviewees for my study made a number of basic recommendations aimed at simplifying and standardising the fact-checking  process.

The first was that editorial staff should attempt to get a comment from the person who made the original statement, before resorting to final verification. This shifts the burden of proof to the statement’s author.

Sources of objective information are also important as is establishing a reputation for independence and credibility. FactCheck.org, for instance, uses official government agencies, independently verified data and independent think tanks. PolitiFact advocates transparency about sources and processes and regularly publishes a detailed explanation of how it approaches fact-checking. In the Ukraine, VoxCheck emphasies its independence from political and business interests on its site.

Zdeněk Jirsa, head of Czech fact-checker Demagog.cz, believes that while fact-checkers aim at the ideals of neutrality, independence, and objectivity, absolute objectivity is rarely possible. Jirsa advocates that fact-checkers must at least aim to provide readers with the most accurate information possible, drawing on independently verified statistics for example. Demagog has also introduced a three-level check: this ensures that every quote verified by the site has to be checked by three independent experts.

You may also be interested in a recent study: The Rise of Europe’s Fact-Checking sites

Sign up the the EJO’s regular newsletter: covering the latest European media research and news