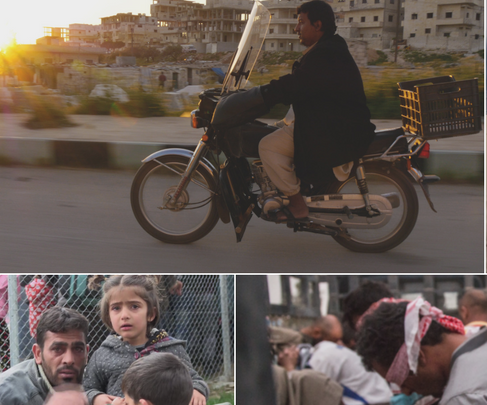 Paid internship at the New Statesman

Future of Journalism conference in Wales – call for contributions

Entries open in August for this year’s British Journalism Awards

Paid internship at the New Statesman

Budding science writers from ethnic minorities are invited to apply for two paid three-month placements sponsored by the New Statesman and the Wellcome Trust. Applicants must write an 800-word blogpost on a recent or upcoming scientific development which could change lives.  Closing date for applications is 23 June 2017.

Scholarships available to those based in the US but who need not be US citizens.  The aim is to identify and help “a diverse roster of early-career talent” to increase fresh craft and diversity to the media.  AIR is a network of independent audio and multi-media producers, working to strengthen the public media system.  Applications by 30 June.

The awards celebrate technical and creative skills and highlight the important contribution of freelancers to the news industry.   The awards especially welcome entries from those in regions where it is hard to operate.  Entries must have been broadcast between 1 July 2016 and 30 June 2017.

RTS (Royal Television Society) and The Media Society have launched a series of scholarships in memory of the journalist and broadcaster Steve Hewlett designed to support young people across the country from low-income families to pursue a career in journalism.

The Journalism Diversity Fund, sponsored by (among others ) Associated Newspapers, Guardian, PA, Sky, FT) offers Bursaries available to British students enrolled on a NCTJ-accredited course  and who come from “a socially or ethnically diverse background.”  Closing dates: 12 July and 15 November.

Between now and 4 August, UK Black and Asian students can apply for for a bursary from the fund to help with the costs of journalism training. The fund was set up in memory of the NUJ’s former education and training officer, who established the National Council for the Training of Journalists (NCTJ), which today still runs some of the best-recognised journalism qualifications.

This year’s themes are new media, climate reporting, and responsible science journalism.  The conference in Copenhagen from 26-30 June is now closed for registration but is providing a media platform for streaming video and podcasting from the conference.

Future of Journalism conference in Wales

The sixth biennial Future of Journalism conference will be held on 14 – 15 September at Cardiff University. It invites contributions from those interested in the study, practice, regulation and reform of journalism and contributions on the topic of journalism in a post-truth age will be especially welcome.

This conference marks the GIJ’s tenth anniversary, and takes place for the first time in Africa.  Sessions include how to track dirty money across borders and how to fund your investigations.  It’s being held in Johannesburg, South Africa on November 16 – 19.

Summer school in Greece: challenges in a digital world

“International Journalism and media organizations in a turbulent age: European and Asian Perspectives” is the theme of a summer school taking place from 16-23 July 2017 in Thessaloniki, Greece. It’s being organised by Aristotle University, a member of the European Journalism Training Association (EJTA) along with Germany’s Deutsche Welle Akademie, and Beijing Foreign Studies University.

Advance notice that the next International Journalism festival takes place in the Italian city of Perugia on 11 – 15 April 2018.  The biggest annual media event in Europe has free entry.

Entries open on 1 August.  Entries in a range of categories will be shortlisted in October for the Award ceremony in London in December.  The Awards, for UK journalists, are sponsored by (among others) Reporters Without Borders.